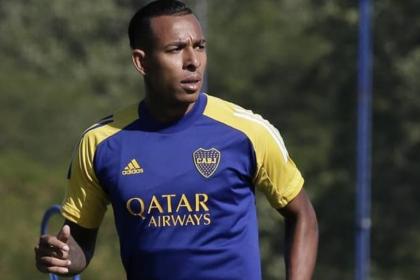 Sebastián Villa’s days at Boca Juniors are getting more and more complicated. The sanction imposed by Conmebol for what happened in the Copa Libertadores against Atlético Mineiro, left the Colombian winger with six suspension matches. This is in addition to what happened a while ago, when he was absent from training sessions and club matches, when he was close to giving his way to European football.

The Colombian was also sanctioned from the club for the aforementioned, from the economic and sporting aspects, without having official competition with the squad and training outside of his teammates. The fine imposed by Conmebol would drastically change the mind of the Xeneize directive of opinion, which for some time did not want to accept offers from abroad for the Colombian.

According to information from the newspaper Olé, the departure of the Colombian could take place, when knowing the time that he will be out without action in Libertadores, where they specify the Villa case with that of Pavón “The case of Sebastián Villa is more complex, because the Colombian renewed his contract in early 2021 until December 2024 with an also astronomical clause of 40 million dollars. The offers that came for him were far from that ”.

In addition, they remember the complicated relationship between the player and the club’s leadership, after the recent fine he received. So we could speak of a new pressure from the player’s environment to pressure an eventual exit. It should be remembered that the offer that arrived in the middle of the year was from Bruges in Belgium.