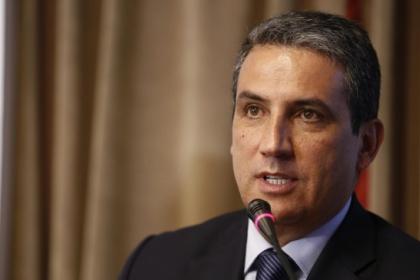 The BetPlay 2021-I League has already started and in the run-up to the second date, several matches have suffered modifications in venues and schedules, due to the health emergency situation that the country is experiencing due to the covid-19 pandemic.

Precisely, in the midst of the uncertainty with the programming of the duels, the president of Dimayor, Fernando Jaramillo, spoke with Blu Radio and referred to the modifications and change of venues in the Equidad vs Nacional, Santa Fe vs Tolima and Once matches Caldas vs Junior.

“Santa Fe is going to play in Tenjo, that’s right. Right now, the situation is not easy, that’s why we have to make that change. Santa Fe plays on Sunday, at 2 in the afternoon.”

“The game between Equidad and Nacional will be at 2 in the afternoon on Monday, in Zipaquirá.”

Once Caldas vs Junior

“Once Caldas vs. Junior we have a problem due to a curfew in Manizales. It would go from 5 to 1:30 in the afternoon (on Saturday). There would be some transmission changes,” he said.

Finally, the executive referred to the Boyacá Chicó vs Millonarios match, which is scheduled for next Tuesday, January 26, since he “cannot confirm it,” due to the health alert in the department of Boyacá.

It should be clarified that, the Dimayor will issue an official statement in which it will inform of the announced changes and will confirm the time of the matches that are in doubt.