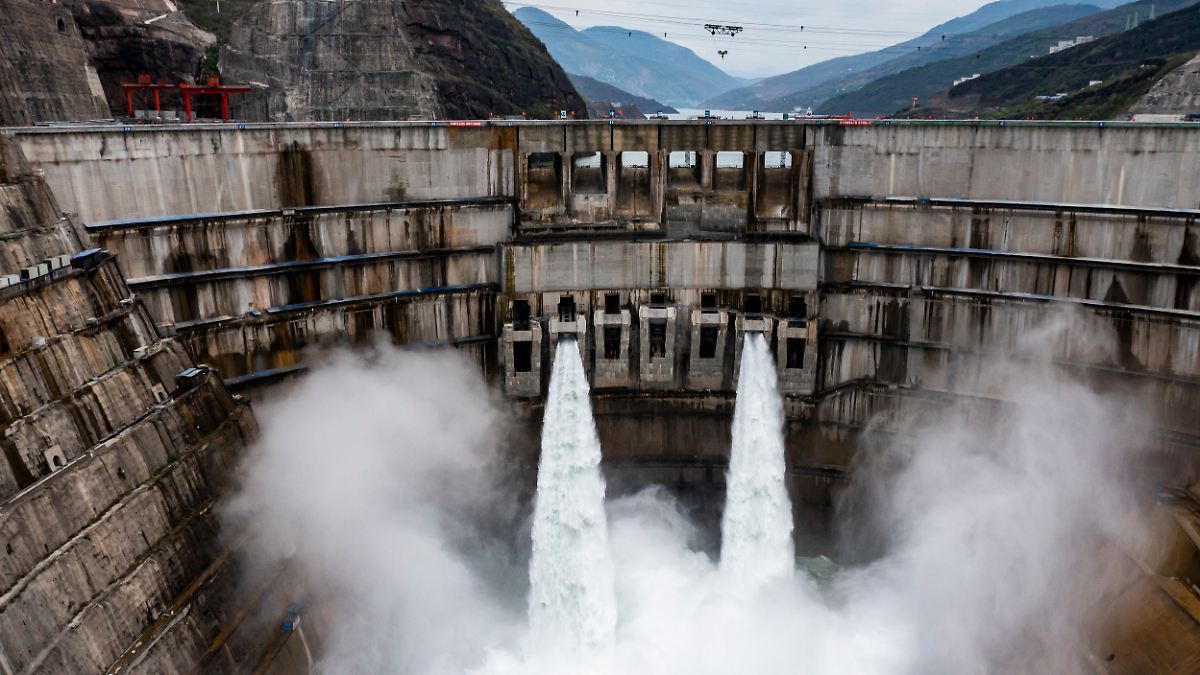 Second largest in the world

President Xi wants to make China climate neutral by 2060. The Baihetan hydropower plant on the Yangtze River is said to be an important step in this direction. The project remains controversial among neighboring countries and environmental associations. It displaces hundreds of thousands of people.

The power plant with its 289 meter high dam in southwest China is only surpassed in its capacity for electricity production by the Three Gorges Dam, also located in China. Baihetan should be able to deliver a total of 16,000 megawatts and thus produce enough electricity every day when fully operational to meet the energy needs of 500,000 people for a whole year, as the state news broadcaster CCTV reported.

In the past few years, China has increasingly built hydropower plants in order to be able to meet the ever-growing energy needs of the world’s largest population. The dam of the Baihetan power plant extends through a deep and narrow valley in the upper part of the Yangtze River, the longest river in China. The power plant was built not far from the border between the provinces of Yunnan and Sichuan, where earthquakes occur again and again.

In a congratulatory message published by the government, Chinese President Xi Jinping expressed his hope that the power plant would make “greater contributions” to the achievement of climate protection goals. The start of the Baihetan Dam testing phase coincided with the centenary celebrations of the Chinese Communist Party.

According to this, the construction of dams destroys the habitats of rare animals and plants, such as that of the porpoise, which is threatened with extinction. The construction work in the Yangtze River had also changed the sediment composition of the water and thus led to “great hydrophysical and health risks for people downstream on the Yangtze”, as scientists wrote in an article in the journal “Science of the Total Environment” in June. The major construction projects also displaced hundreds of thousands of people from the local population, which also raised concerns in China’s neighboring countries.

For example, a planned dam in the Medog region in Tibet, which is also intended to overshadow the world’s largest Three Gorges Dam to date, has been described by experts as a threat to the cultural heritage of Tibet. With the planned dam, Beijing could also bring a substantial portion of India’s water supply under its control.

The effects of dam construction projects on the Chinese part of the Mekong River are also viewed with concern by experts. In the waters that supply around 60 million people with water downstream in the Mekong Delta, irreversible damage could occur.