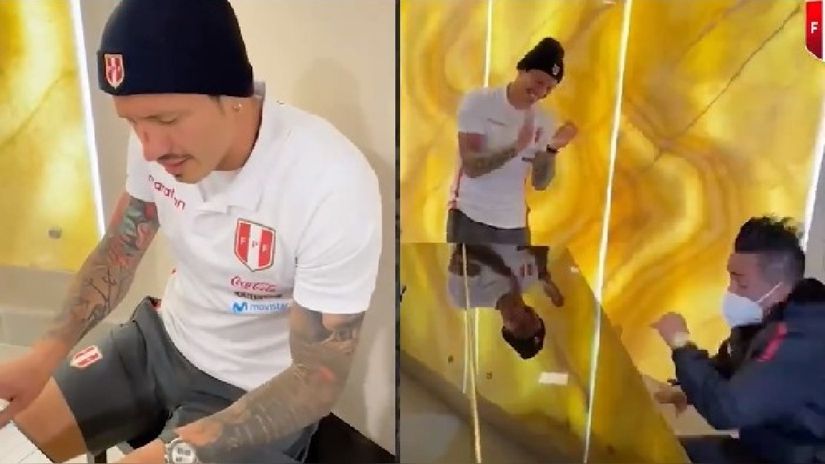 Gianluca Lapadula Y Christian Cueva they were illuminated on and off the courts. After the final whistle, both players celebrated the victory of the Peruvian Selection 2-1 against Ecuador, but they also surprised to play the piano.

In a video published by the Peruvian Football Federation (FPF), Lapadula’s talent with the musical instrument was appreciated in the presence of Cueva, who was watching the performance of the Benevento attacker very attentively.

However, Cueva was not far behind and also wanted to surprise on the piano, albeit as a joke. ‘Aladino’ began to make the gesture that he played the instrument to the rhythm of a song from Armonia 10.

As is known, both players were among the best of the Peruvian National Team in the commitment valid for the eighth date of the Qatar 2022 Qualifiers.

“I had said it before: I wanted to win my first game in the Peruvian Selection. I’m very happy and it goes for the team and my family, “‘Lapagol’ told Movistar Deportes.

The embrace of Lapadula and Gareca

The final whistle of the Uruguayan referee Esteban Ostojich determined the victory of the Peruvian Selection 2-1 against Ecuador, in Quito. With this, the bicolor added an important triumph that is a special to be reborn in the Qatar 2022 Qualifiers.

The players of the Peruvian Selection they joined like a fist on the pitch and upon entering the dressing room were warmly received by the coach Ricardo Gareca, who highlighted everyone’s actions.

Through FPF Play, the emotional moment starring the ‘Tigre’ Gareca and Gianluca Lapadula, who received a fraternal hug from his coach, who opted for his ownership over Paolo Guerrero.

It is proven that people who had coronavirus can be reinfected later. How long does immunity last after the first infection? Dr. Elmer Huerta clarifies the doubt.