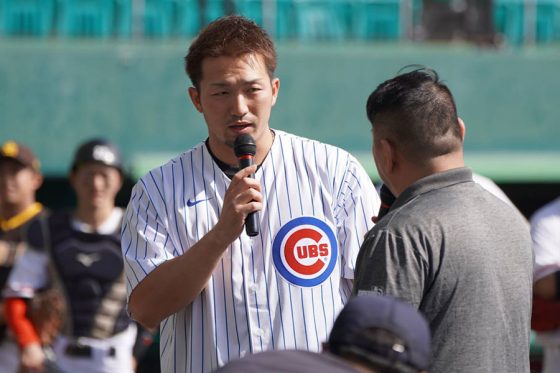 Worrying heart “Of course I want to go, but there is also a balance with the team”

On the 27th, outfielder Seiya Suzuki of the Cubs said about participating in the 5th World Baseball Classic (WBC) in March next year, “I don’t know yet. Let’s talk about various things… It’s not something I can decide on my own.” I stopped at saying. Suzuki participated in the 4th WBC in 2017, the WBSC Premier 12 in 2019, and the Tokyo Olympics in 2021. He finished No. 4 in every match in the Premier League and at the Tokyo Olympics.

my heart is shaking “Of course, I want to play, but there are also conflicts with the team. Mr. Kuriyama (Samurai Japan coach in August) also came to the United States, gave me a meal, and talked to me about various things. I thought he was a good person,” he explained the situation. He knows the significance and pride of carrying the Hinomaru, but he has mixed feelings, saying, “I’m in a position where I have to respect the team’s intentions, and I have a solid contract, and I’m not in a position where I can just stick to my opinion.” Revealed.

This season, his first year in the majors, he was a right wing regular for the Cubs despite being injured. On this day, MLB Japan participated as a special guest in the national grass baseball tournament “MLB Dream Cup 2022” held at Okinawa Cellular Stadium Naha. He engaged in a serious match with the pitcher of the grass baseball team, participated in the home run competition with Mr. Hideki Okajima, a baseball commentator who was once active in Japan and the United States, as the pitcher, and commented on the live broadcast of the final game.