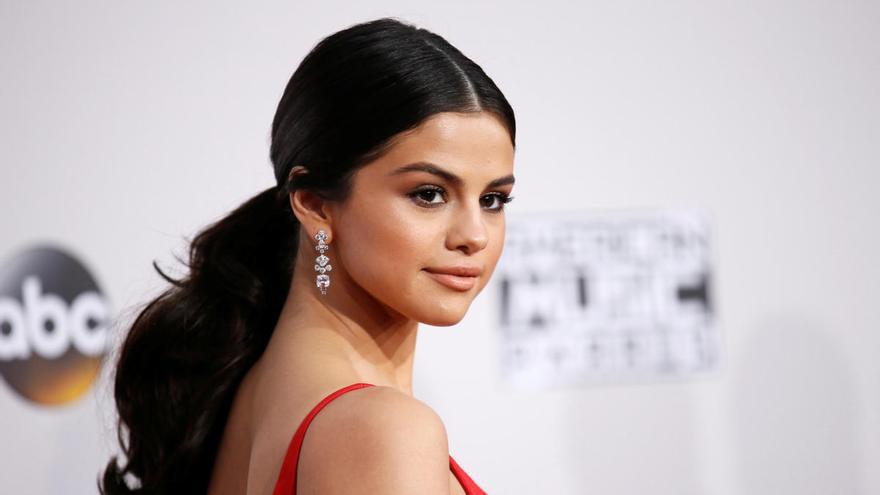 Singer Selena Gómez focused the attention of the Latin Grammys by receiving the Ladies of Entertainment award, an award that applauds feminism and recognizes the power of women in the entertainment world which also honored María Elena Salinas, Gloria ‘Goyo’ Martínez and Angie Martinez.

“To have the recognition of the Latin Recording Academy is an honor, given my Latino heritage,” said the star during a ceremony broadcast on the Internet this Tuesday, two days before the Latin Grammy celebrates its grand gala on Thursday. This is the fourth time that this recognition has been given, although due to the pandemic the tribute consisted of a virtual event broadcast over the internet that could not bring together the four winners on the same stage.

However, the presenter Erika Ender and artists such as Luis Fonsi, Ricardo Montaner, Ozuna and J Balvin intervened with the honorees. “I feel lucky to have a platform from which I can talk about immigration, racism, mental health and encourage other people to raise his voice, “said Gomez.

The Academy highlighted her contributions to social causes by working as a producer on the series ’13 Reasons Why ‘, about bullying, and the documentary’ Living Undocumented ‘, which paid attention to the problems experienced by undocumented immigrants in United States. “I feel the obligation to speak out and raise awareness about issues that matter to me, as well as listening to others,” explained the artist, who has sold more than 145 million singles worldwide.

The Colombian J Balvin was in charge of introducing Gómez, of whom highlighted “his tranquility” when working and the strong social commitment that it carries out through its foundation.

For her part, the journalist María Elena Salinas received the same recognition. Salinas is one of the most popular journalists for the Latino community in the United States, after conducting the Univision newscast for 30 years in which she interviewed all the presidents who have lived in the White House during the last decades.

“I’ve always wanted to empower Latinos through information, making them feel proud of their culture at the same time, “the journalist explained. In addition, Salinas grants scholarships to journalism students every year, recalled the National Association of Hispanic Journalists (NAHJ, for its acronym in English). ). “In this profession glamor is only on the screenbehind there is a lot of work, dedication and commitment, “he said.

Something similar said Angela N. Martinez (Angie Martínez), a music lawyer named one of the best in the industry by Billboard magazine, who was supported by Ozuna and Luis Fonsi with whom she has worked. “In this world of entertainment don’t take no for an answer, have faith, “he said when collecting the award.

Colombian Gloria ‘Goyo’ Martínez, from ChocQuibTown, was the fourth awarded by the Latin Academy, which recognized her work to promote equality with songs that mix traditional genres with urban sounds.

“A woman has to look for her own voice that she has inside and not imitate what she sees outside,” he valued.

Los Latin Grammy will be delivered on Thursday during a special broadcast by the coronavirus pandemic organized from different parts of the world. Bad Bunny, Pedro Capó, Alejandro Fernández, Karol G, Kany García, Los Tigres del Norte, Christian Nodal, Fito Páez, Marc Anthony and Nathy Peluso are some of the confirmed artists who will perform at the gala.