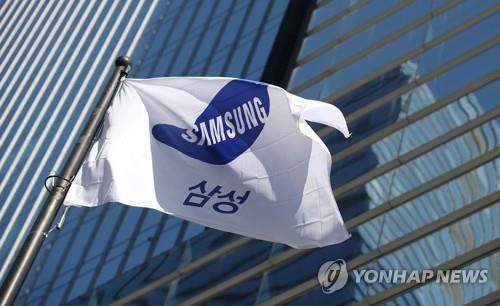 TSMC, lower in sales than Samsung Electronics, nearly doubled in market cap in one year

Samsung Electronics also increased by 60%, but… The difference in market cap is 10 times what it was a year ago

(Seoul = Yonhap News) Reporter Mi-sook Seo = The market capitalization of global semiconductor companies has fluctuated significantly over the past year amid the prolonged COVID-19 situation.

TSMC and Samsung Electronics, a Taiwanese foundry company, maintained the first and second positions by market cap side by side. The market cap gap between the two companies, which was narrow a year ago, has widened further.

Analysts say that the value of semiconductor companies is also being differentiated as the supply shortage of system semiconductors intensifies amid COVID-19 and the US-China semiconductor hegemony war.

TSMC is continuing its record-breaking performance march through its unrivaled technological prowess in the foundry sector despite the US-China trade dispute including sanctions against Huawei in China last year.

Last year, TSMC had 54% of the global foundry market share and Samsung Electronics had 17%, widening the gap compared to the previous year.

In particular, the ransom of TSMC, a foundry company, is skyrocketing after the shortage of system semiconductors, such as for vehicles, that began in the second half of last year.

Recently, an aggressive investment plan was announced every day, such as the decision to build six high-tech foundry fabs in Arizona, USA, and it is evaluated that a single foundry company has surpassed the growth of integrated semiconductor companies (IDM).

Samsung Electronics, which opened the era of 5 million individual shareholders with an all-time special dividend at the end of last year, maintained its second position with a market capitalization of 475.19 trillion won (about 425.42 billion dollars). This is an increase of 59.5% from a year ago.

Samsung Electronics is expected to usher in the era of ‘100,000 electronics’ with its share price exceeding 90,000 won at the beginning of the year due to anticipation for the increase in semiconductor demand due to Corona 19, the expansion of dividend policy, and the semiconductor super cycle (long boom).

However, the stock price has been rising and falling from the 80,000 level recently due to the arrest of Vice Chairman Lee Jae-yong, the shutdown of the Austin foundry in the US, and sluggish semiconductor performance in the first quarter.

Meanwhile, the market cap gap between TSMC and Samsung Electronics has widened from $10.91 billion last year to $117.883 billion now.

Nvidia, a US fabless company, ranked third in market capitalization, with a market cap of $385.579 billion.

Nvidia, a company specializing in graphic semiconductors, which has recently expanded its scope to central processing units (CPUs), etc., is the largest semiconductor company in the United States by market capitalization, and its stock price soared 81.8% in one year, terribly following Samsung Electronics.

Intel, the ‘semiconductor emperor’, which ranked fourth in overall market cap last year behind Nvidia, is the only one among the top 10 semiconductor companies in global sales to decrease in market cap in the last year.

The stock price is also on the decline as production of CPUs below 7 nanometers (nm) is delayed and the company is losing market share from competitors such as AMD and Nvidia. The recent declaration of re-entry into a non-core foundry fueled the stock price weakness.