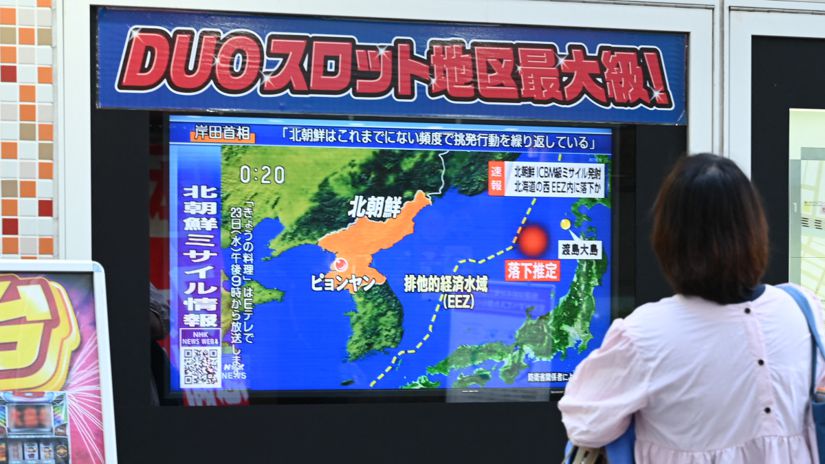 The South Korean and US militaries responded today to the intercontinental ballistic missile (ICBM) launched hours before by North Korea firing guided bombs on a test basis from F-35 fighters, in addition to carrying out other combined aerial maneuvers over the East Sea (name given to the sea ​​of ​​japan in both Koreas).

Allied maneuvers come hours after Pyongyang launched an ICBM that covered about 1,000 kilometers in about 69 minutes, reaching an apogee of about 6,000, before coming down in waters about 200 kilometers west of the northern Japanese coast.

These are two operations that simulate preventive attacks and even punitive operations against North Korean interests, in what is a harsh message for Pyongyang.

The allies “demonstrated their steadfast willingness to resolutely respond to any threat and provocation, including a North Korean intercontinental ballistic missile (ICBM), and their overwhelming ability and readiness to strike the enemy with precision,” the JCS added. .

The North Korean Launch today was flown from the Sunan area, where the international airport of Pyongyangthe place chosen by the regime to also launch ICBMs in February, March and on November 3, although two of these launches were unsuccessful.

Today’s launch adds to the thirty projectiles, a record number, that were fired at the beginning of November Pyongyang in response to some great aerial maneuvers by Seoul and Washington, including another ICBM -the one on the 3rd- that apparently failed and crashed prematurely in the waters of the Sea of ​​Japan.

The tension in the peninsula is reaching unprecedented heights due to the repeated tests of north korean weaponsthe maneuvers of the allies and the possibility that, as indicated by the satellites, the Kim Jong-un regime is already ready to carry out its first nuclear test since 2017. (EFE)

– ‘Espacio Vital’: How are soccer and the coronavirus similar? Dr. Elmer Huerta responds:

Deadly stab in Namur: the victim, Esteban Soltau Diaz, was a student at Ilon-Saint-Jacques (video)