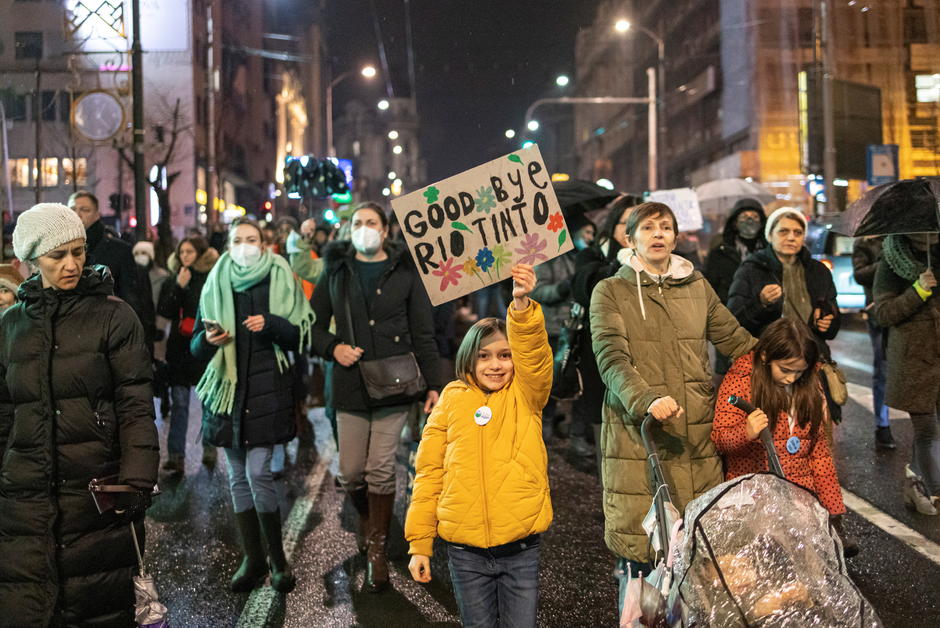 After weeks of protests in the streets, the Serbian government has withdrawn its prospecting authorizations to the Anglo-Australian mining giant Rio Tinto for the exploitation of lithium. A decision “environmental” taken a few weeks before the elections in the country.

“All permits have been revoked.” Serbian Prime Minister Ana Brnabic announced on Thursday 20 January the definitive halt to the project to exploit a lithium deposit by the Anglo-Australian mining company Rio Tinto, after “weeks of protests” Population, relate la BBC.

This decision to withdraw prospecting authorizations “for environmental reasons” comes a few weeks before general elections in the country. The magnitude of the movement “surprised the Serbian authorities”, who did not want “to approach the April elections against the backdrop of blocked roads and accusations of favoring foreign investors at the expense of national interests”, explains the correspondent in the Balkans of the British media.

Particularly strained relations with Australia “after the episode of the expulsion of the Serbian tennis champion Novak Djokovic” also played, notes the British public media.

“The tennis world number one, who was unable to take part in the Australian Open, supported the protests against the controversial mine.” ‘Cause it’s been weeks since “thousands of demonstrators took to the streets”, blocking traffic in Belgrade and the country’s second city, Novi Sad, to demand the end of the Rio Tinto project, worth 2.4 billion dollars (2.1 billion euros).

The lithium mining envisaged by Rio Tinto in the Jadar Valley in western Serbia was considered dangerous for the environment by its critics, as the extraction of this key component for electric batteries could cause “irreparable damage to the landscape and contaminate the region’s water supplies”.

The BBC website was created in November 1997. In about five years, it has published one and a half million web pages. Based in London, it has regional offices in Glasgow, Belfast and Cardiff, and relays BBC correspondents everywhere

The calamity of Ansu: between haste and bad decisions