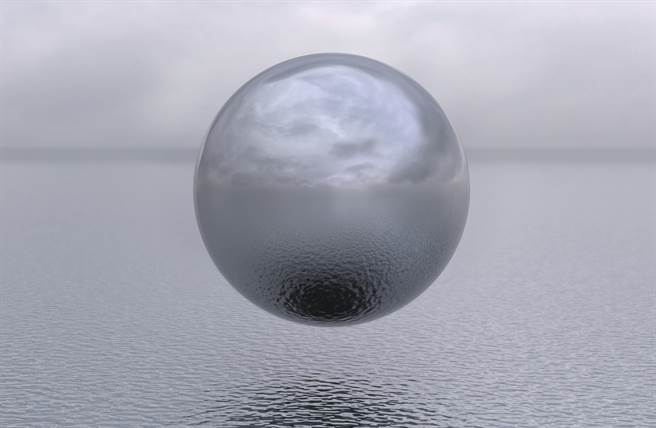 The newly exposed film shows that US Navy personnel have encountered a UFO (UFO) at close range, seeing a circular object circling for a while, diving into the sea from the air.

According to a report by the Daily Mail on the 15th, the film was shot in July 2019 when the USS Omaha (LCS-12) was shot off the coast of San Diego. After the sphere flew above the sea and hovered, and finally disappeared into the Pacific Ocean, only two crew members were heard exclaiming in the film, “Wow! It went down with a plop.”

Investigative film producer Jeremy Corbell shared the film on “Mystery Wire” on Friday. On the same day, a U.S. Navy pilot said that he and his colleagues were often in Victoria. I am used to seeing UFOs off the coast of Guinia State.

Ryan Graves, a F/A-18 pilot who has served in the U.S. Navy for 10 years, said these “unidentified aerial phenomena” (UAP) are a threat to national security. He accepted reservations for an exclusive interview with the “60 Minutes” program that will be broadcast on Sunday. He said that he and his colleagues had seen these flying objects hundreds of times in the controlled airspace from 2015 to 2017, and they could be seen almost every day. To. In addition, they also recorded UFOs off the coast of Jacksonville, Florida during the same period of time.

“Honestly, I’m worried,” Graves said. “Did you know? If these are tactical aircraft from other countries and can’t hover there, the matter will be big.” However, he pointed out that because The UFOs looked a little different, so they didn’t want to face the reality, but rather ignored the fact that they were there and looked at themselves every day.

Luis Elizondo, a former military intelligence officer in charge of related confidential programs, said that these “unidentified aerial phenomena” have far superior technology than the United States currently has. “Imagine the technology that can withstand 600-700G force, can reach 13,000 miles per hour (nearly 21,000 kilometers), can dodge radar, and can even travel in the air, water, and possibly space.” In addition, he also emphasized that these The flying object has no wings, no obvious signs of propulsion, and no flight control surfaces, but it can still overcome the natural influence of the earth’s gravity.

After another declassified UFO film was disclosed by The New York Times in 2017, the Trump administration restricted in December last year that the Pentagon and U.S. intelligence agencies must release details of relevant intelligence before June 1. As the day of deciphering approaches, all parties are increasingly concerned.

Article Source:ANOTHER US Navy UFO video leaks: Excited sailors watch spherical object hover then splash into ocean off San Diego hours after fighter pilot reported seeing them for YEARS over Virginia ahead of report into Pentagon’s handling of sightings