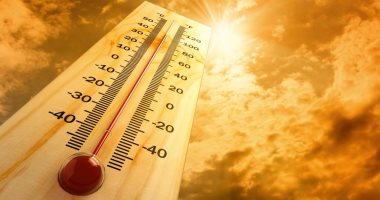 A heat wave that the country is witnessing these days is affecting all parts of the republic, and it reaches Temperatures Cairo, for example, is 32 degrees, and it is expected to rise to more than 36 degrees this week, and exceed 40 degrees in the south of the country.

With this wave that comes in the spring, the question remains for many: Do we start wearing summer clothes these days, and is it possible for the temperatures to change and this wave to fade away, especially since we are in the spring season known for sharp and rapid fluctuations in the weather.

Dr. Manar Ghanem, a member of the Media Center of the General Authority of Meteorology, revealed that the spring season is one of the seasons that witness rapid and sharp changes in weather conditions, and there is no doubt that some will resort to reducing clothes with this hot wave.

And a member of the Meteorological Authority’s media center added, in exclusive statements to the seventh day, that one should not exaggerate in lightening the clothes, especially since there is a difference between the maximum and minimum temperatures of 15 degrees and the atmosphere is cold at night.

A young talent from Anderlecht to AS Monaco or Juventus?