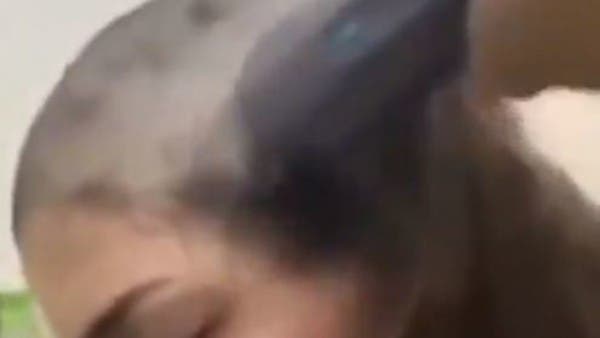 After circulating a video clip of an assault on a Jordanian girl in Libya What caused an uproar in the Libyan street, the security authorities in the east of the country announced the arrest of the people who kidnapped the girl, shaved her head and broadcast the incident on social media.

The Criminal Investigation Agency in Benghazi stated on its official Facebook page yesterday evening, Thursday, that “the elements of the apparatus managed to arrest a gang formation responsible for what happened to the girl (shaven head) who occupied public opinion.”

In parallel, the head of the “Victims” organization for human rights, Nasser Al-Hawari, said that he has complete and sufficient evidence regarding the assault on the girl, who holds Jordanian citizenship, adding that her mother is Libyan, and her name is Abeer.

He also pointed out in an interview with a local channel, that the girl told him that she had been raped, tortured, verbally assaulted and physically abused by four people who kidnapped her and took her by force.

He also added that she told him that she could not file a complaint against her kidnappers and rapists because she feared for her life.

For its part, the Jordanian Public Prosecution opened an investigation into the attack, where the Public Prosecutor in Amman, Hassan Al-Abdallat, verified the video clip and found its authenticity.

A source in the General Secretariat of the Judicial Council, according to what was reported by the official news agency (Petra), said that communication and coordination took place between the Amman Public Prosecutor’s Department, the Ministry of Foreign Affairs, and the Cybercrime Combating Unit, and the authenticity of the video clip was verified and the identity of the Jordanian citizen was reached. And the pioneers of social networking sites in Libya circulated a video clip from a live broadcast showing a man forcing a woman to look at the camera and using an electric shaver to completely remove the hair of her head, while the girl did not show any resistance, complied with his orders, and seemed shocked.