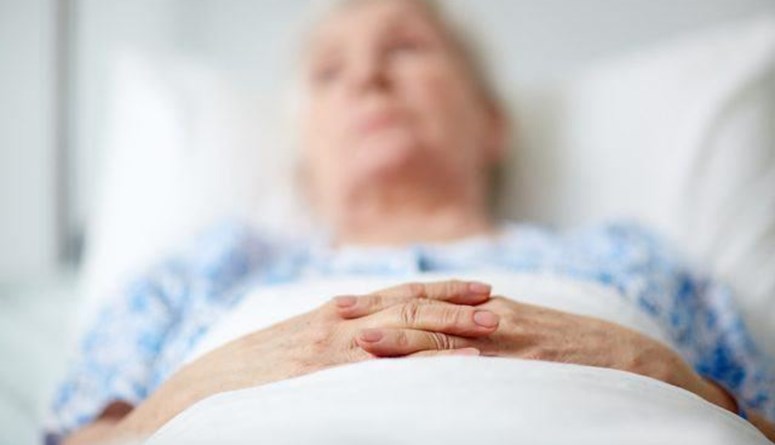 There are many causes that lead you to death in this country, and the disease may be a major factor, but the loss of medicines has become a cause in these difficult days that Lebanon is going through, where we are witnessing cases of death or a decline in the health of the patient. What is happening in the homes of Lebanon, where the malignant disease has infiltrated, is an actual crime against many patients, as well as in the corridors of some hospitals, where theft is described; As for what is happening in the Ministry of Health… it is a scandal!

In these lines, we will tell the story of Mrs. Halima Hamza (68 years old), who suffered between the spread of breast cancer and a severe interruption of her medication. A year and 3 months passed before she ended her tormenting journey with death, and left heartbreak and anguish in the hearts of her children. It is a story from hundreds of stories and cries to secure the right to treatment and cancer drugs to defeat the disease. Today we will be the cry of that patient who died, and she was unable to release her, and the reason is her inability to secure her medicine for months.

Her daughter, Fatima, talks to “Al-Nahar” about the suffering of the mother and the family while searching for a box of medicine, saying: “We tried the impossible, we even published advertisements and a humanitarian appeal to secure medicine for my mother, who suffers from breast cancer, but no one helped us. I know very well the condition of everyone and that many families She asks for help as a result of the drugs being cut off or their crazy high prices, and what happened to us happened to other patients.”

We sold everything to cure her.
“One package of medicine costs about 7 million Syrian pounds, and we were not able to secure it so easily.” Her daughter asserts, “We had to borrow many times in order to be able to buy a box. The economic situation is difficult, yet we were ready to do anything so as not to deprive her of her right to treatment. We sold everything we had to save what we could to pay for her treatment and recovery.”

The story began when she discovered a lump in her breast, and the doctor ordered a biopsy to confirm its nature. My mother neglected the subject at first, then the Beirut explosion occurred, where I was injured. But what she suffered from after that, the doctors included it under the category of psychological trauma, when she was really suffering from a silent cancer growing inside her. After she fell indoors, we found out that she had cancer and that it had spread throughout her body. My mother underwent surgery, then we started the usual journey of treatment, and with her our struggle began to find the medicine.”

The search journey was not easy at all, at a time when the country suffers from a scary shortage of medicines, and a difficult economic situation that prevents people from buying medicine from abroad. After inquiring about her medicine abroad, it became clear to the parents that “the prices vary between $2,500 to 3,000 euros.”

The journey of humiliation that ended in tragedy
In the opinion of her daughter: “My mother died due to a lack of medication. Five months passed, and we were only able to secure her treatment twice through the help of the Barbara Nassar Association.”

Everything was getting more complicated, you have to pay everything before entering the hospital, her daughter says, “They suck your blood before entering the hospital. You have to pay in advance. Even securing a blood bag has become a business, as the allowance for a blood unit amounted to 900,000 Syrian pounds, and the hospital refused to give us the kit.” Before securing a replacement from the same group, knowing that her health condition was very poor.My mother passed away 6 months ago, and what happened with her will remain a heartburn in our hearts.”
This is a sample of patients who face humiliation and death every day because of the interruption they suffer and the high cost of treatment, and there is no party or official who feels them.

Question marks and “cattle theft”
This pain is countered by another scandal, revealed by the head of the “Barbara Nassar” association, during a video clip, in which he appeals to those concerned to save what can be saved, as he says: “For nearly 4 months, we have been waiting for the arrival of some basic cancer drugs (Xtandi, for example, which is given For prostate cancer patients.” According to the company’s data, there are about 150 men who take this drug every month.

Thus, the story has become clear to the public, and it is not only related to the lack of funding, but – according to Nassar – more and more dangerous than that. Ministry of Health”.

Nassar also spoke about the private sector, “where prescriptions arrive in the names of women patients for prostate cancer, and this is another scandal, which means in another way that there are some doctors colluding with the smuggling mafia and taking advantage of people’s pain to withdraw what can be withdrawn from the agent until it is sold for fresh dollars to the patient who He suffers from prostate cancer.

So, we are facing a moral problem, looting, theft and forgery, and today’s fear of other drugs will face the same fate, as Nassar points out that “we are waiting for the arrival of cancerous drugs for breast cancer, and they have been waiting for a long time, but will they reach the patients or will they also be sold on the black market? And why?” There are some women who have not stopped taking their medicine for months, and the package reaches them regularly, while female patients are deprived of their medicines?Where is the justice in distributing the medicine among all patients?

A Saudi celebrity who sets only one condition for her marriage without any shame… ..my dowry is for my husband to pledge to do this to me every night.! !

Taiwan’s army fires flares… and tension with China is high