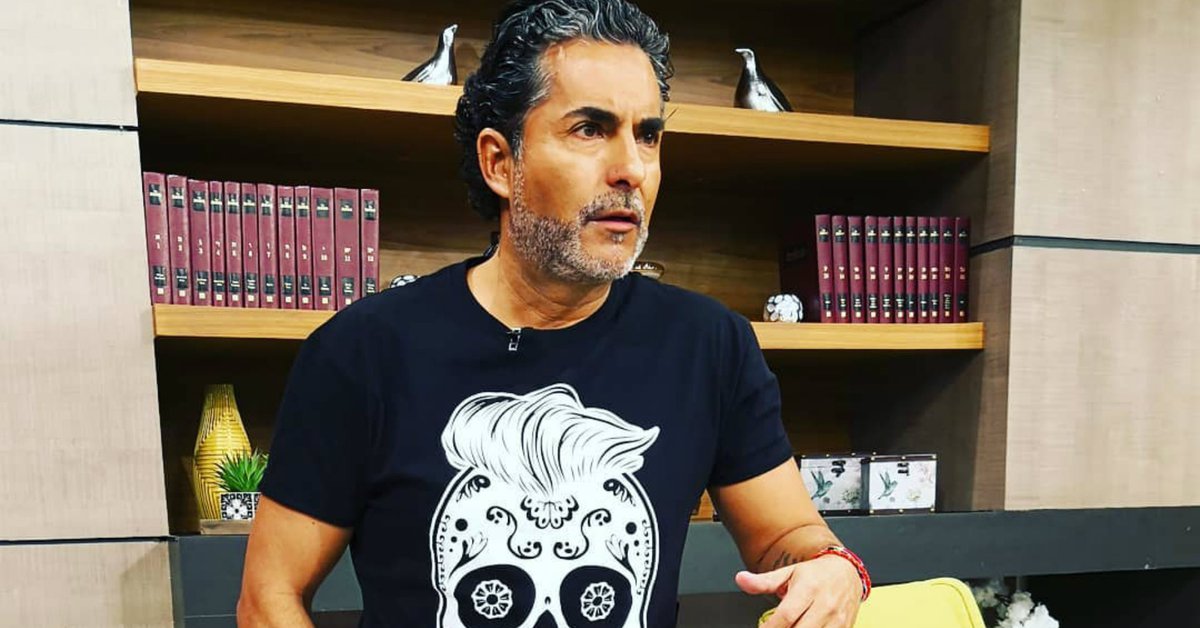 Raúl Araiza confirmed that he has a relationship with Colombian actress Margarita Vega (Photo: Instagram / @negroaraiza)

After having caused multiple speculations by journalists specialized in entertainment, Raul Araiza He recently spoke about his new romance before the cameras and microphones of some reporters on the outskirts of Televisa San Angel. At the beginning of July, Alex Kaffie assured that the driver of Today He started a romance with the Colombian Margarita vega, which was confirmed by “El Negro” in the meeting he held with the press.

And it is that in his column Sin Lisonja, Coffee assured that, as soon as the 56-year-old actor ended his relationship with María Amelia Aguilar, almost immediately began to establish communication with the actress of Colombian origin through social networks and also assured that Margarita vega, who currently plays Dr. Pamela Pérez in the melodrama What happens to my family?, visited Araiza on several occasions in the forums of Televisa where the morning is recorded Today.

However, the courtship between the actors was recently kindly confirmed by the driver, who assured that Margarita Vega “is a charming woman and we’ve known each other from here for a long time. Suddenly there are times for couples, sometimes yes, sometimes no, but it does give me a lot of peace, which is what I needed, “said Araiza after commenting that he” does not see life without love, “since That feeling is part of being happy and whole.

Raúl Araiza assured that Margarita Vega is “a charming woman” and confirmed his new romance with the Colombian actress (Photos: @negroaraiza / @maravegaoficial)

In addition, “El Negro ”highlighted that part of the good functioning of his relationship with the Colombian interpreter is that she also develops professionally in the same field, which facilitates understanding and understanding within the courtship. “Here there is a complete understanding of the profession because she has done many series and has done many things in Colombia and then here as well. It is understood when you cannot see one, when the calls change them, etc. “, expressed the also character of Luis Vázquez from the most recent premiere of Televisa: The soulless, made by Livia Brito, Jose Ron Y Eduardo Santamarina

After his return to soap operas and after not having participated in melodramas for more than three years, Araiza admitted that due to the long hours of recording the successful melodrama, he has not had much time to live as a couple with Margarita Vega. However, the member of Members on Air has actively used his official Instagram account to comment on the photographs of the actress who also appeared in the Mexican soap opera My heart is yours and in the production of Telemundo Without breasts, there is no paradise.

Last March, the driver confirmed the break with María Amelia Aguilar, with whom he had had a relationship of just over a year and assured that it had been something of mutual agreement. The reason why they decided to break up their romance was that Araiza’s workload prevented them from seeing each other, so the driver emphasized the importance of sharing time as a couple during his meeting with the media.

Before ending with Aguilar, The couple was involved in a series of rumors that spoke of an alleged infidelity, a theory that “El Negro” denied. In an interview with the magazine TV NotesAraiza pointed out that the main reason why they decided to end the courtship was his work as an actor and driver.

Lucerito Mijares revealed his parents’ advice to face criticism
“Anyone can do it easy”: Edwin Luna defended himself from criticism for wearing a corset-type girdle
“A nightmare”: Mati Álvarez recalled how difficult it was to have her menstrual period in Exatlón