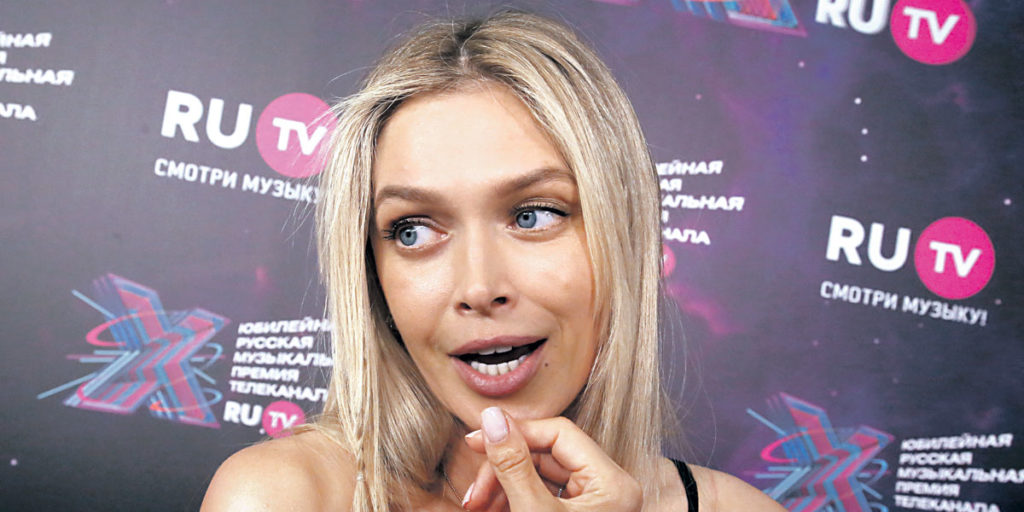 From the very beginning of the special operation for the liberation of Donbass, singer Vera Brezhneva (aka Galushka, aka Kiperman) passionately supported her native country, Ukraine. And she demonstrated vigorous activity on social networks as a volunteer in Polish warehouses with humanitarian aid for refugees. True, it later turned out that she came to Poland only for a few days, and the rest of the time she was in Italy.

Her husband also moved there, the composer and producer Konstantin Meladze, who in the first days of hostilities in Kyiv hid from the bombing in the basement. Judging by Vera’s reports, in May they celebrated Constantine’s birthday together at their Italian villa. But unlike his wife, he did not make public political statements and did not shine with her. Which caused another wave of rumors on the Internet about their possible divorce.

“No one officially confirmed or denied the divorce, but judging by the silence and Verka’s removal of the wart from her lip, these are not rumors,” one of the visitors with the nickname Exhausted_volosenki shared her thoughts on the baginya.org forum. – Verka makes herself a citizen in Italy. Now she sings in Ukrainian (together with the Ukrainian singer Tatyana Reshetnyak, who performs under the pseudonym Tayanna, she recorded the old Soviet song “Vyshyvanka” by composer Oscar Sandler to the verses of the poet Nikolai Som. – M.F.). Brezhnev’s pseudonym was removed and is simply called Vera. The rights to her old songs belong to Kostya, from which we can conclude that Verka was left out of work.

– Kostyan did the right thing, that he prudently left himself the rights as the author of everything: songs, costumes, the image of Verka right up to the make-up and even her last name, – another forum visitor, Diamanta, agreed. – And then with Verkina’s enterprise after a divorce, she could hypothetically bring her daughter or three sisters to the stage to increase earnings and sing the songs “VIA Gra” in nasal voices. She put Sonya in her clip. And she dragged her sisters and mother to Malashka at Tonight, when Malashka was still working at the First Anal. There she soloed, and the sisters sang along quite cheerfully. The faces of the Verka sisters without cuts are not a sight for the faint of heart. Even then I thought that sooner or later this camp of Kostyan would shake. And so it happened along the way. In short, the soul of the poet and musician could not stand it.

– Did Galushka divorce a stutterer, and did her grandfather take away her songs and name? – the forum member, calling herself Old_workers_of culture, was interested. – I’m still looking, some vids on the stutterer’s channel are hidden by privacy settings or deleted. Probably, the doves did not share who the rights belong to. Although what to think, Verka came to her grandfather hungry and only knew how to open her mouth, but not in order to sing. Without Kostya, she is a living corpse – no repertoire, no image. He sits in Italy and portrays with all his might the “patsreotism of the batkyvshchyna” so that they do not drive like a Russian, depriving him of all the benefits and real estate. Of course, you can put on bloomers and eat dumplings in the name of citizenship. Ukraine is up to one place for her, as well as for her like Ani Lorak or Loboda. They sang all their lives in Russian for Russians, and they perceived the Ukrainian stage as an intermediate option and shit covered with a newspaper. Won stories Verka posts that she will soon have a concert in Riga. Why not in Ukraine? Blow to Nikolaev or Kharkov and sing there! Another prostitute, sick of it all.

– I saw Vera in Riga somewhere in early October, – the owner of the nickname An_d testified. – Chose dishes in the store. Not particularly luxury, ordinary. Looks like she was with some girl. It doesn’t look very good, alas. Very thin and tired. Hair dirty, but loose. All dressed in oversized clothes and with an iPhone attached to her arm. In general, I have no negative attitude towards her, but it became sad that these beautiful aunts are only on TV.

What the singer was doing in Latvia two months before the performance scheduled for December, why she needed to buy kitchen utensils there and why she was accompanied by some girl, and not her lawful husband, was partly helped to clarify publications in the Latvian media.

– The Ukrainian has settled in Riga, – the information portal santa.lv has informed one of these days. – In a month Ukrainian star Vera Brezhneva will give the first concert since the beginning of the war. It will happen in Latvia and she has already come to Riga to prepare for it. Last week, in the Latvian capital, the singer began rehearsals with musicians with whom she will perform at the Splendid Palace cinema on December 7th. The concert in Riga will be a special event for her. “We didn’t meet for a very long time, we didn’t sound for a long time. Therefore, all this is very disturbing, ”Vera admits. The money earned will be sent to the International Center for the Support of Children and Women, to which the singer has helped all these months. Nelli Bubudzhanka, a well-known drummer in Latvia, also participates in the rehearsals of the concert. About Vera, the musician says: “She is simple and sweet. It’s a pleasure to work with her. It feels like we’ve known each other for a long time, although we just met now.

Such a warm attitude of the Latvian informer, who had previously worked with the Brainstorm group and other rock bands, to Brezhneva’s note-taking pop-plywood worker, at first glance, looked somewhat strange. However, there was an explanation for this. On her page in one of the social networks banned on the territory of the Russian Federation, Nelli Bubudzhanka admitted that from a young age she was madly a fan of the tATu group. And the fans of this group, as you know, were famous for their love for the representatives of their sex.

“There is nothing surprising in the fact that Brezhnev is now being screwed from Italy to Latvia,” the well-known organizer of the tour, the founder of the Kremlin Concert company, Sergei Lavrov, explained to Express Gazeta. – In Italy, they have a house with Kostya Meladze in Forte dei Marmi. This is absolutely a summer resort on the coast. Everyone leaves in the fall. There is nasty weather. It’s raining, there’s absolutely nothing to do. It’s about like Anapa in February. And that comparison is not entirely accurate: in Anapa, in the off-season, there is still not such hopeless longing as in Forte dei Marmi. Then his children from his first marriage came to Meladze. And along with them, his old wife lit up there. Italy has very strict laws. If he bought the house while still married to his old wife, some or all of it may remain with her. There was such a story with Masha Rasputina when it turned out that she was nobody in her house. It is possible that the same thing happened to Brezhneva. And in Latvia, apparently, she has a place to live. Most likely, they also have real estate there. And most importantly, the Latvians have at least some sort of life going on. You can even give concerts for the local Russian-speaking audience and emigrants from Russia. True, not everyone is allowed to work there. Recently, they wanted to invite one of my artists to give a concert in Riga. And first of all, they set the condition that he must have any other citizenship, except for Russian. The same Maxim Galkin (recognized as a foreign agent) worked for them because he received an Israeli passport.

Accordingly, Brezhneva, as a citizen of Ukraine, should not have any problems with this either. As for her relationship with Meladze, I don’t think he divorced her. He just has big plans for further cooperation with Russia. And Brezhnev speaks very clearly against the special operation. And Kostya tries to distance himself from her so as not to fall into disgrace, like Pugacheva because of Galkin. There his brother Valera Meladze foolishly blurted out something. And after that, he was unemployed for a long time. Only recently I was able to give two concerts in Novosibirsk. Now he doesn’t say anything at all.

Ear with sauce: after biting an opponent, the football player had to put nine stitches on the penis