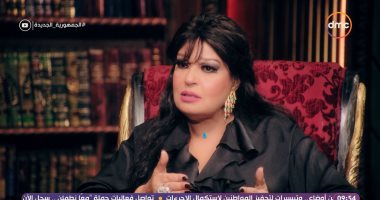 Actress Fifi Abdo, a guest on the program “Al-Biography, presented by the media, Wafaa Al-Kilani, and broadcast on Dmc channel, and Fifi Abdo spoke about the story of her escape from home at the age of 12 years, saying: “One I know. Her light and the girls dance on it, and this was the first time I entered the cinema, and I did not want to go home because of the beauty of the cinema, and when I returned home, I was hit by a rigid leech.

And Fifi Abdo continued: “I ran away from the house and went to my uncle’s and I told him my mother would beat me, and I wanted to go with this girl, and he agreed. On a song, O my local, her light, and on one occasion while we were moving, I met him and took me to another house, other than the house in which the girl is married to my friend, and when he met me with a long tongue and I told him, the police will come to you, he chased me and said, “You are so poor.”

And Fifi Abdo continued: “When he expelled me, I went to work in another band, but I was not in a place to sleep, and I used to sit at night and see which house I sit under the stairs until the day comes, and I go in the morning to the hairdresser or tailor, whom the girl introduced us to, and I preferred this way for how many months over That’s it, and I preferred 4 years to stay home.

And she added: “One time my mother caught me at the photographer, I was photographing, and a rigid leech hit me and took me to the doctor to reassure me that I was healthy, and she took me to the police station because at that time I was leaving the house and I was supposed to be a minor, but I showed them the card and they said it would not work. She is responsible for herself, and then it remained My father and mother told me, if you want to do what you do, one of us will go with you.

And she concluded her speech: “I started dancing and took 150 piasters, and I wanted two members of the band with me, each one 25 piasters.” And about the first dance suit she wore, she said, “It cost 15 pounds in installments, and the first time I stood and wore the suit because I was not used to it, I greeted the musicians instead of the audience.”