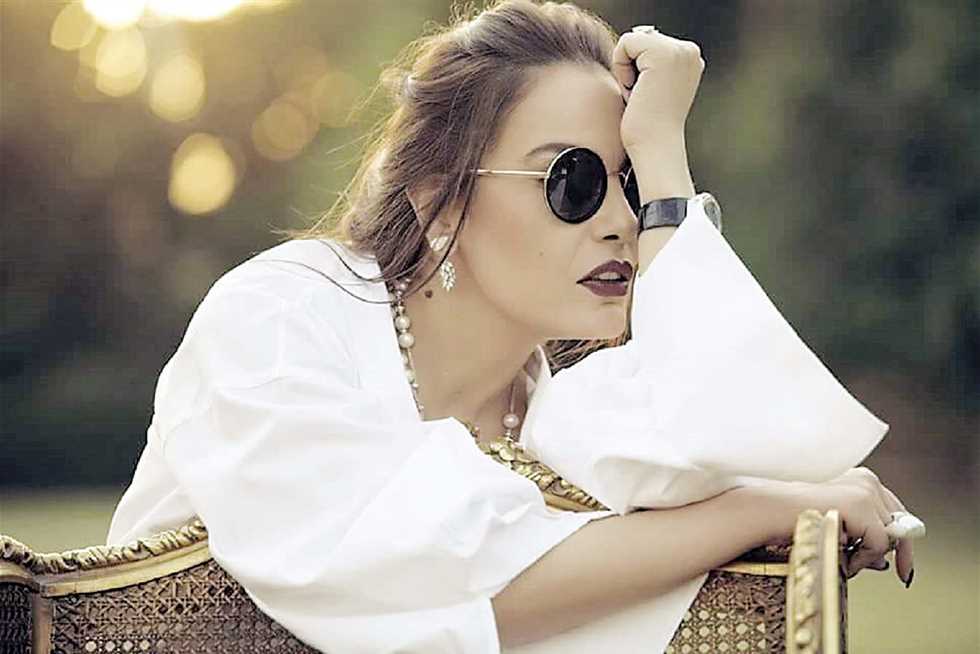 The artist Sherihan came out to comment on the position of the artist Hossam Habib, from the leaked audio recording of his father, Hussein Habib, two days ago, pointing out that the real man appears in the time of adversity.

And she commented on her personal page on Twitter: “Manhood is actions, not words.. Hossam Habib.”

And the artist “Habib” responded to the audio recording – which his father denied being his voice, stressing that the recording was fake – sarcastic: “What do you think about me laughing at Shireen? And take a credit card Btatha? Tomorrow, we will make you a video from the court.”

While the artist accused a number of people of seeking to exploit his wife, artist, Sherine Abdel Wahab, and described some of them as the closest people to them, and that they want to set them up, and added: “He helped Sherine understand her rights, and confirmed that Sherine has a company that runs her business and has nothing to do with it.”

He said, “Sherine does not need anyone to issue orders to her or direct her, because he married her and she is the most successful singer in the Arab world.”

On the other hand, the artist, “Abdul Wahab,” commented on the audio recording, which her father-in-law described as false, saying on Twitter: “I am so full of Hossam, and Josie is the son of people, rooted and the son of a very respectable family.”

And she added: “Hossam is a man who does not have a uniform of salvation, and he does not accept any mistake against his family or family, and the man said that he married me for 4 years, and he did not make a song that we would even record for himself, and our Lord mocked him for me and my daughter to protect us.” And she added: “Hossam came out all the hardships in my life, and cleaned our whole lives.” And Hussam loves me more than myself, and he never hurt me.”

The artist’s father denied the audio recording attributed to him, stressing in statements to “Al-Masry Al-Youm” that what came in the recording is not his voice, and the audio recording that shocked the audience included phrases about his son such as: “My son Hossam controls all Sherine Abdel Wahab’s accounts and withdraws whatever he wants from her money.” Also, Hossam and his mother, Mabihbush, Sherine, because she too wanted a divorce from him.

He added: “Hossam is married to her and works with her as her business manager. He is supposed to have a percentage of the profits like that of her old business manager, Yasser Khalil. I know Hossam, my son has a poisoned brain, and he is very smart and not easy, so surely he has a need in his brain and is very safe in himself, and Sherine is working.” Hussam has a power of attorney with evidence that he has her visa and can withdraw from her account, and know the secret number, but he is going to withdraw the money he only wants.”

While he pointed out that Habib’s mother does not like her: “Iman Umm Hossam does not like Sherine, Iman Tanaka, and a worker like a millionaire when he goes bankrupt, she spent the money that her father gave her and spent Hossam’s money.”

And he continued, “I see that Sherine eliminated Hossam, meaning from an hour that Hossam knew, not Darian himself. I did not download a song and did not subscribe to a movie or a series. I mean, she withdrew all his time and took his stardom and added it to her stardom. She trampled on him and came out on his account. ».