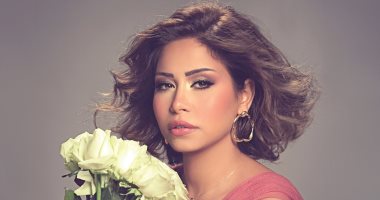 The artist, Sherine Abdel Wahab, announced an audio response to her regarding the leaks published by a Lebanese newspaper about her father-in-law, artist Hossam Habib, as he talks about his son’s personal life, saying: “Lea’s voice response to what was done and will be circulated within minutes.”

Sherine said in a tweet through her official Twitter account: “Lea’s voice response to what has been done and will be circulated within minutes… Thank you, Liqua.”

Mr. Hussein Habib, the father of the artist Hossam Habib, husband of the artist Sherine Abdel Wahab, responded to the leaks published by a Lebanese magazine, showing him talking about his son’s personal life, as he said to “The Seventh Day”: “This Safra magazine is based on scandals, and this is a fabricated talk. What is the method of questions and responses, and if they had a branch in Cairo, I would judge them.”

The pioneers of social networking sites had interacted with an audio leak attributed to Hussain Habib, Hossam Habib’s father, in which it was stated that he planned to marry his son Hossam from another, in order to have children, in addition to the hint that Hossam Habib’s mother does not like Sherine and considers her a different class than the one that It belongs to her and other personal things.

The star, Sherine Abdel Wahab, had encouraged a blind girl to sing her song “Less fi Amal”, amid the admiration of her fans for her wonderful voice and ability to overcome her disability.

Sherine Abdel Wahab, through her Twitter account, published a video of the blind girl and commented: “I love you, believe me. You are hope and one of the signs of God’s beauty on earth. May God protect you. may we meet”