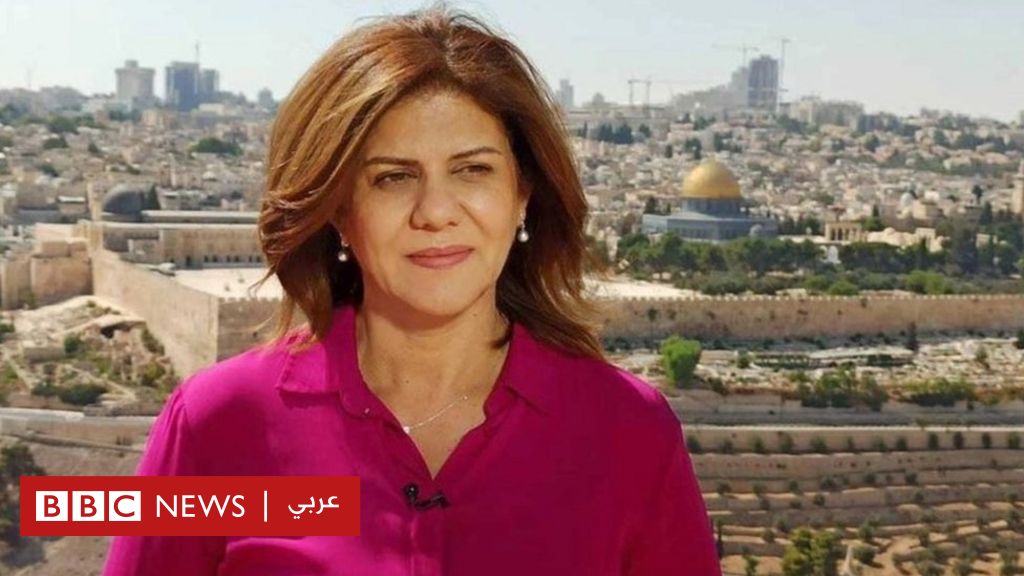 A statement by Al Jazeera Media Network said that its correspondent in the occupied West Bank, Shireen Abu Aqleh, was shot dead by the Israeli army, but Israeli sources say that the reporter was killed as a result of indiscriminate shooting by Palestinian gunmen in Jenin camp.

Shireen died of serious injuries sustained in the head area while covering the Israeli forces’ storming of Jenin camp on Wednesday morning, according to the Palestinian Ministry of Health.

The ministry said, in a statement, that Shireen “martyred as a result of being shot by the Israeli army in the city of Jenin,” while the Palestinian Public Prosecution has launched an investigation into the crime.

Al-Jazeera network said that the Israeli soldiers targeted its correspondent “directly”. It quoted eyewitnesses as saying that “a sniper targeted Shireen with a bullet in the face, even though she was wearing a jacket and helmet bearing the logo of the press,” and that the Israeli soldiers “fired live bullets at the demonstrators and press crews.”

In an official statement, the network described what happened as a “deliberate, tragic and heinous crime of assassination.” “The crime violates international laws and norms,” ​​the statement said. “Through the crime, it is intended to prevent the media from carrying out its message,” he added.

The network called on “the international community to condemn and hold the Israeli occupation forces accountable for their deliberate targeting and killing of Abu Aqila,” and pledged to “prosecute the perpetrators legally, no matter how hard they try to cover up their crime and bring them to justice.”

The body of Abu Aqla from Jenin camp was buried and it is expected that she will be buried in Jerusalem, after praying over her in the Church of the Latin Monastery in Jenin.

“What happened is that we were on our way to film the army operation. Suddenly they shot at us, they didn’t ask us to leave, they didn’t tell us to stop, they shot us,” said journalist Ali al-Samudi, who was accompanying Abu Aqila, who was shot in the upper back.

“A bullet hit me, the second bullet hit Shireen. They killed her in cold blood because they were killers,” he added in a video recording, sitting in a wheelchair at the hospital, with bandages on his shoulder.

Al-Samoudi said, “There was no resistance, and if there were resistance fighters, we would not have gone to this area.”

The Islamic “Hamas” movement described the killing of Abu Aqila as “a new and complex crime… and a deliberate assassination.”

“We offered the Palestinians a joint investigation” into Abu Akleh’s death, Israeli Foreign Minister Yair Lapid said in a tweet, adding that Israeli security forces would continue to “act wherever necessary to prevent terrorism and prevent the killing of Israelis.”

Qatar’s Assistant Foreign Minister Lulwa Al-Khater said on Wednesday that journalist Sherine Abu Aqleh was killed “by a bullet in the face.”

Al-Khater wrote in a tweet on Twitter, “A heinous crime added to the hideous record of the Israeli occupation, as they killed the journalist (…) with a bullet in the face while she was wearing a press jacket.”

The League of Arab States condemned the killing of Abu Aqila in Jenin camp, and held the “occupation government fully responsible for this heinous crime that calls for international accountability.”

A spokesman for the European Union in the Middle East, according to Al-Jazeera sources: We are shocked by the killing of Sherine Abu Aqleh while performing her work, and we call for an independent investigation.

The US ambassador to Israel also expressed his deep sadness over the death of the American-Palestinian journalist, and in turn called for a comprehensive investigation.

Sherine, 51, joined Al Jazeera in 1997, a year after the launch of the channel, which is based in the Qatari capital, Doha.

Abu Aqila was born in Jerusalem. Before joining Al Jazeera, she worked for Palestine Radio and Amman Satellite Channel. She holds a Bachelor’s degree in Journalism and Media from Yarmouk University in the Hashemite Kingdom of Jordan.

After graduating, she returned to Palestine and worked at several sites such as UNRWA, Voice of Palestine Radio, Amman Satellite Channel, the Miftah Foundation, and Monte Carlo Radio, and later moved to work with Al Jazeera satellite channel.

Abu Aqila is considered one of the veteran Arab journalists, and since joining Al-Jazeera, Abu Aqila has covered most of the prominent events in the Palestinian territories, and she was one of the most famous war correspondents. After her murder, a number of tweeters expressed their grief over her death, and some of them said that they “considered her as a member” of their family due to her great influence and long presence on the screen.

Abu Aqila’s colleagues on the island wrote, expressing their shock at her death, and published a video in which she told about her journey on the island and her work to convey the experience of the Palestinians, in which she said that she felt that “death is at a distance.”