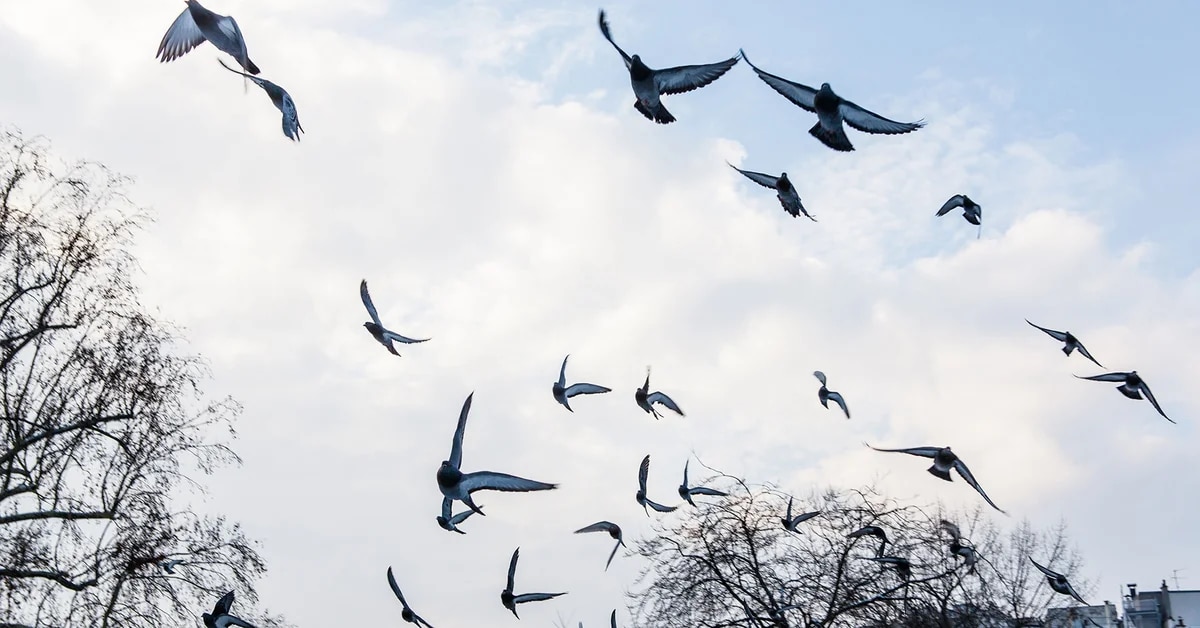 This is how the race began in France

Shock in the world of birds after about 20 thousand pigeons will not reach the finish line during a race held this week between the French town of Narbonne and the Belgian city of Liege. The animals had to travel a distance of just over a thousand kilometers but the vast majority got lost along the way. Some were found in Germany.

The Belgian Pigeon Federation explained that 26,149 birds started the race last Friday from the south of France, almost over the shores of the Mediterranean, but quickly became disoriented by storms, high temperatures and headwinds.

“Since it hasn’t rained for a long time, if they don’t find a canal or a small pond, if they don’t find water, they are exhausted and die of thirst”, the fan Jean-Pierre Senzée explained to the RTL station. However, if they manage to hydrate, it is possible that, over time, they will end up returning to their lofts.

The curious thing is that after several days some pigeons have been seen in western Germany. The Belgian Pigeon Federation published a statement explaining the facts and attributing the responsibility to the organizer of the race in Liège, for releasing the birds despite the bad weather conditions, and also to the lack of communication between the parties.

Pascal Bodengien, president of the federation, explained to the public broadcaster VRT what what happened “is an emotional drama, a financial drama, it’s just very sad.” For his part, the Belgian Luc Henry had entered 87 of his pigeons in the competition, but only 36 had returned on Tuesday, when he gave a statement to the French radio RTBF: “The pigeons did not have a chance”

In the midst of the accusations, Francine Lageot was the one who fulfilled the role of spokesperson for the organizers: “At 7:20 (on Friday) the pigeons were released in the presence of 40 people. They soon took a good direction to the north. We express great sadness for not having achieved the expected result and the due return of our birds. Our greatest wish is that all fanciers see their pigeons return to their loft”. In addition, he explained that the competition could not be delayed any longer due to the predicted bad weather and on the other hand insisted that the action was taken with the agreement and support of the French Ministry of Sport and all the parties involved.

To avoid similar episodes, the Belgian federation intends to work with webcams in the future, information from pigeon fanciers located in each province that the races cross and with a meteorologist, according to the public radio and television RTBF. Something like this happens, for example, in the races organized in South Africa, in which the prizes are hundreds of thousands of dollars for the winners.

In Belgium there is a great interest in pigeon racing and, in addition to races, important homing pigeon auctions are held. In 2019, a 2.5-year-old bluish female with a rich history of victories called New Kim broke the record for public sale with 1.6 million euros paid for by a Chinese collector.

The Manchester United coach was furious with Cristiano Ronaldo: “This is unacceptable”
The “new Usain Bolt” broke the youth record for the 100 meters and challenged his rival before the finish line
Controversies in Italy over the Napoli president’s statements about the signing of African players
“The most important thing is respect”: Koulibaly responded to the president of Napoli after his controversial statements

This steam salesman is a vampire survivor with guns