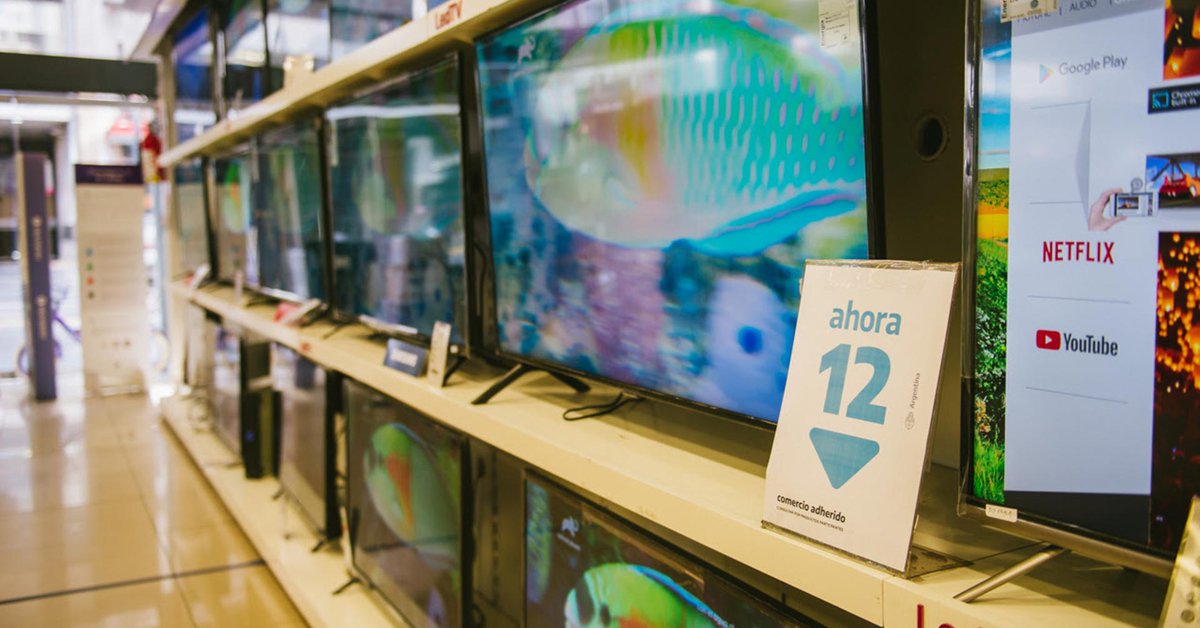 Credit card consumption recovered but has not yet reached pre-pandemic levels. In the last year, The use of this means of payment and its combination with the “Now plans” to buy in installments, allow establishing a change in the profile of consumption at this stage of restrictions: everything that was spent a year ago on household appliances and repairs of the home, now it is destined to the return of recreation, with items such as clothing and gastronomy.

In the second quarter of the year, the use of credit cards measured in number of transactions grew 34% in relation to the same period of the previous year, the hardest hit by restrictions and confinement, according to data from the Prisma Means of Payment Index. In the same measurement, the use of the debit card grew 50%, indicating one of the main features of the boom in digital payments.

“There is a very important year-on-year growth in the use of cards given that it is compared against the beginning of the pandemic in the country. Debit cards recovered 50.57% while credit cards were 33.93% “, commented Julian Ballarino, Head of Institutional Relations at Prisma Medios de Pago, a company that manages LaPos, Banelco, Pagomiscuentas, Todo Pago, Bimo and other financial services.

As explained in the company, which processes 12,500 million transactions a year, In the last twelve months there was an evident change in the use of the “Now” plans, whose use grew in purchases in 3 and 6 installments and stagnated (and even fell) in the longer plans, with 12 and 18 payments. Two relevant conclusions emerge from this information:

– At the peak of the restrictions, between March and June 2020, many consumers found themselves with a surplus of money due to the impossibility of circulating on the street. In the middle of the confinement, they decided to renew their appliances, with computers, cell phones and everything that helps telework in the lead. Others decided on repairs and works in the home, which prompted the purchase of materials and tools. A year later, with greater occasions of consumption in the street, these purchases of equipment were clearly replaced by recreation. Hand in hand with the reopening of the shopping malls, the credit card was used again for gastronomy or to buy clothes and footwear, items more akin to payments in 3 or 6 installments.

– The pockets of many Argentines have not yet finished assimilating the rise in the use of Now 12 registered last year. Until October of last year, the plans also had 3 months to start paying the first installment, so many of those purchases will continue to weigh on the summaries for several more months. That 90-day grace benefit expired on March 31.

With its current format, with purchases of 3, 6, 12 or 18 installments with an interest rate close to 25% per year and without a grace period, the Now 12 program will run until July 31.

Credit card purchases in installments outside the “Now” plans remained stable, according to the report, which also shows a slight drop in the use of prepaid cards, relevant for some official social plans, of 4.5% to 3% of total transactions.

The Prisma study also includes another trend that appeared in the pandemic: the greater use of the debit card to pay has a correlation in fewer cash withdrawals at ATMs. Compared to twelve months ago, and considering the universe of all debit card uses, purchases at stores grew from 39% to 48%, while withdrawals at ATMs decreased from 57% to 48%. Cash withdrawals from businesses, in turn, remained at 3% of all transactions.

“The expansionary trend in the use of debit cards over cash is reconfirmed in this quarter. In the second quarter of 2021, of the total volume operated with a debit card, purchases represented 48% while in the same quarter of 2020 it was 39%, ” Ballarino pointed out.

Tension grows between banks and fintech: accusations crossed for violating Central Bank regulations and facilitating cybercrime
Banks do not increase card limits and complicate the Government’s reactivation plan
More changes for merchants that charge by card: debit purchases will be credited the next business day
Survey: 59% of small merchants that started charging with cards managed to improve their sales