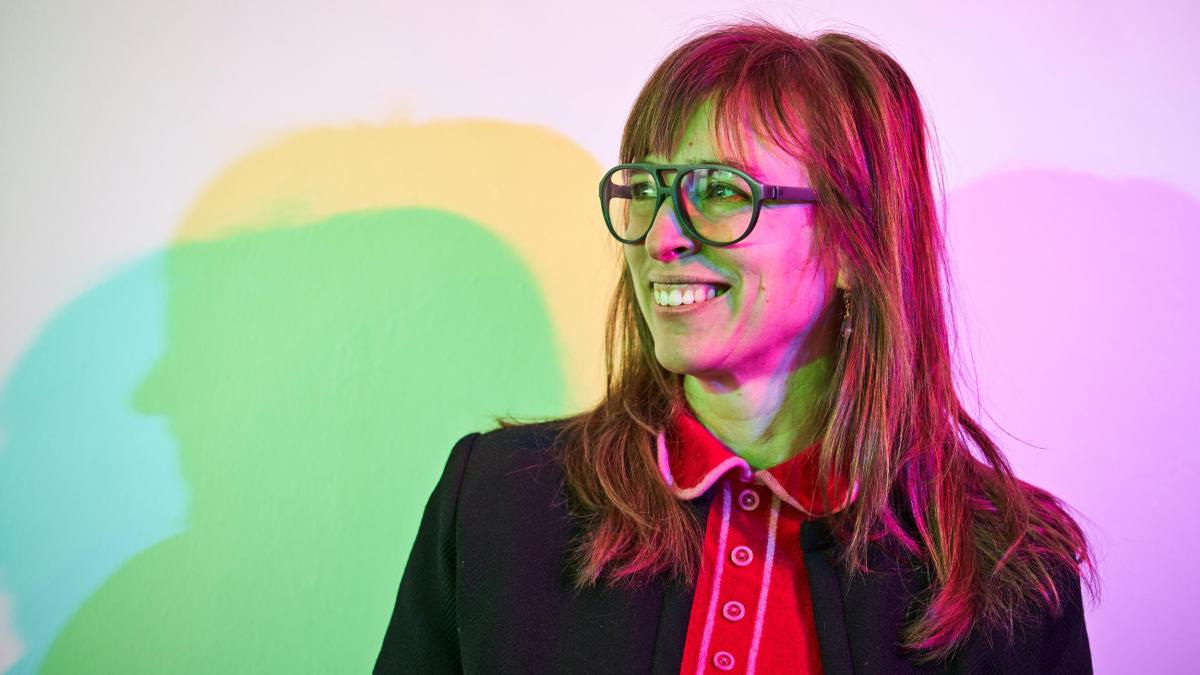 “The spirit here in Hamburg is much more subversive”

The Hamburg Short Film Festival begins on June 1st. For the most part virtually due to the corona, but not only. Director Maike Mia Höhne explains what makes it different from other festivals and what visitors can look forward to.

Maike Mia Höhne is bursting with positive energy, thirst for action and anticipation. She commutes several times a day, usually by bike, between her apartment in Altona (homeschooling) and the former heating power station on the post office on Kaltenkircher Platz. The Hamburg Short Film Festival starts there on June 1st – largely virtually, but not only.

Höhne has headed the festival since 2019, previously she curated the Berlinale section Berlinale Shorts for twelve years. Presenting diversity, showing artistic and social contexts, understanding culture as the engine of society – that is what the festival should do, short films should do that.

“I am Because We Are” or “I am because we are” is the motto, and it is also to be understood as a reaction to the pandemic. “It’s about solidarity and community, about ways of getting out of the ego sling”, says Höhne. The festival not only streams more than 400 films, but also builds a bridge to the visual arts with the exhibition by Lebanese Akram Zaatari.

A contextuality that already exists for the 49-year-old. There are three competitions: the international and the German competition as well as an audience award, the triple Axel. They are endowed with a total of around 19,000 euros.

In 2019, Höhne added a section to the program, namely the laboratory of the present, as a place of reflection for social issues relating to the film. There will be three of these laboratories this year, each with a live forum for discussion. One is about “The cinema and the gestures”. In the associated forum, the Hamburg author Monique Schwitters, among others, will discuss gestures in literature and film. The second laboratory is dedicated to contemporary African short films under the title “Afrotopia – In the Present Sense”, and the third to the architecture of Hamburg as cultural spaces and cultural dreams.

Founded in 1984 as a no-budget short film festival, the film festival has now established itself as one of the most important in Europe. “From the beginning, Hamburg was more subversive, more willing to experiment and also less dogmatic than other festivals,” explains Höhne. For them, films can be artistic and sensual, entertain and educate, contribute to the discourse and tell stories.

“The short form simply offers an incredible number of possibilities, can react much faster because it can be implemented in a shorter time so that the topicality does not fizzle out,” she says. With her program she also wants to get the genre out of its niche: “Success is no longer measured only by maxims such as longer, higher, bigger, further.” And she wants to anchor the short film further in the city. In return, she hopes for spontaneous open-air events, depending on the weather and corona situation. Because, according to Höhne, the festival is not only known for its subversiveness, but also for its great fun factor.