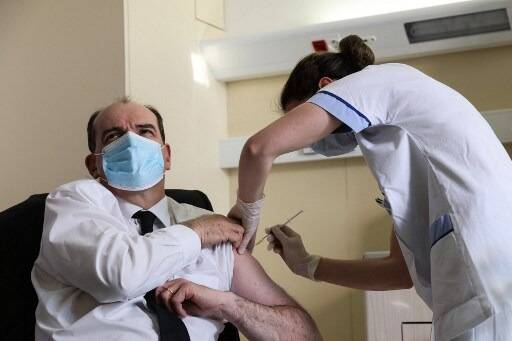 Vaccine pass, compulsory vaccination for caregivers … The government has banged its fist on the table to “encourage” the French to be vaccinated.

Since the announcements of Emmanuel Macron, it is the rush in the vaccination centers, so that now, there is a waiting period more or less important depending on the regions.

But these coercive measures which have supplanted the government pedagogy of recent months, undoubtedly hide the mistakes of the executive on the question of vaccination. Back on a vaccination campaign let’s say it … disturbed and disruptive.

A more than sluggish start

At the end of last December, we remember that the launch of the vaccination campaign took (very) small steps. A few hundred people have been vaccinated in nursing homes, where residents are particularly vulnerable to the virus. The rare doses of vaccines available were then carefully dispatched to the various establishments and then a little more widely in January.

As of January 1, only 516 people had been vaccinated, far less than in Germany, where more than 200,000 vaccinations have been recorded. First by Pfizer, then by Moderna, depending on the marketing authorization. And the first controversy over the figures: public opinion believes that things are not going fast enough and to respond to detractors, the government is publishing the first figures. “Since the start of vaccination in France on December 26, 2020, 138,351 people have been vaccinated in this way”, said the Directorate General of Health, in a press release dated January 11, 2021.

In mid-January, people over 75 are also vaccinated, followed by those over 65. Results: according to figures from the Ministry of Health, as of January 30, 2021, nearly 1,480,000 vaccinations have been carried out. But with how many doses per vial? Five six ? Initially it was five doses but ultimately it will be six.

The launch of the leaded AstraZeneca vaccine

There is then a new controversy surrounding the AstraZeneca vaccine, a new kid on the market this time. This is the first big quack. A lack of data on the effectiveness of the vaccine in the elderly weighs down the serum somewhat. Different European health agencies recommend that it not be administered to the elderly. At the same time, the Anglo-Swedish laboratory drew the wrath of European leaders due to delays in deliveries.

Last February, it was healthcare professionals, the medico-social sector and firefighters regardless of their age who were vaccinated as a priority, followed by people over 50 with comorbidity (s). But doses are scarce and deliveries are delayed. The new data concerning the effectiveness of the AstraZeneca vaccine administered in France hardly reassure the French, who are among the populations most reluctant to vaccination in the world, despite the encouragement of the medical profession.

And if the WHO defends tooth and nail this vaccine, the EU calls for additional evidence of effectiveness. Enough to seal even more this vaccine which was to make it possible to extend the vaccination to all caregivers, including those under the age of 50. And all this, without counting on the side effects and the monitoring points of the National Medicines Safety Agency (ANSM). which alerts on “a potential signal”, with 149 declarations of influenza-like illness, often of high intensity (high fever, muscle stiffness, headaches) among the 10,000 or so people vaccinated between February 6 and 10. Then nothing will really allow the vaccination campaign to take off, with the British vaccine, now reserved for over 50s.

On the other hand, messenger, Pfizer and Moderna RNA vaccines are the victims of fake news. The vaccines are accused in turn of modifying the DNA, of being responsible for significant side effects and of an administration of the serum which is only in the testing phase. Things totally denied by science since.

With the disappointments of the AstraZeneca vaccine, the campaign could have known a calming down and a new beginning but this time, it is on the side of the government that the cacophony arrives. While several countries now refuse to use it while awaiting additional analyzes, France holds the bar and affirms that there is no need to suspend it and then completely reverse it: it is rallying to the cause of its neighbors .

Fears of thrombosis (although very rare) are not to reassure the general population and the available slots are shunned despite the expansion of vaccination to two and a half million French. Jean Castex then gives of his person and is vaccinated with the British serum in front of the cameras, like other members of the government. The extension of vaccination to the populations targeted by the government namely, teachers and police officers over 55 years old does not really work. For many of them, it is out of the question to be vaccinated with AstraZeneca.

To calm the discontent of teachers, the Minister of Education Jean-Michel Blanquer evokes in early April a priority vaccination of teachers, starting with those who work with children “with a disability”. But the chosen strategy is aimed only at those over 55 years old. A new turnaround in a vaccine strategy that was floundering a bit in the dark. On the side of the opposition, we then demand an unbridling of the age and at the end of May, the executive finally decides to open the vaccination to everyone. Initially scheduled for mid-June, it will be possible at the end of May.

A decline in appointments in the centers

At the beginning of June, the campaign underwent a boost because it was open to everyone, but over the days, in some centers, we were no longer running at full capacity and the appointments were declining. “It’s too little, we did a lot better, we have to do a lot better”, then launches Jean Castex, at the end of June, about the vaccination campaign in France. “We have to speed up, again”, tweets the President of the Republic Emmanuel Macron the same day, and to call all those “who are not yet vaccinated to make an appointment “.

In other words, the government is worried. And for good reason, the number of first-time vaccines has increased from more than 400,000 injections per day in early June, to just over 200,000 the week of June 25.

But nothing will have really taken off the vaccination. It was only after Emmanuel Macron’s announcements in mid-July that new registrations in vaccination centers exploded.

Is it the effect of the compulsory health pass to get to certain places or the reluctant people who have been convinced? Probably a bit of both. The main objective is to increase the collective immunity of the French which will then be effective as soon as 90% of the population has received at least one dose.