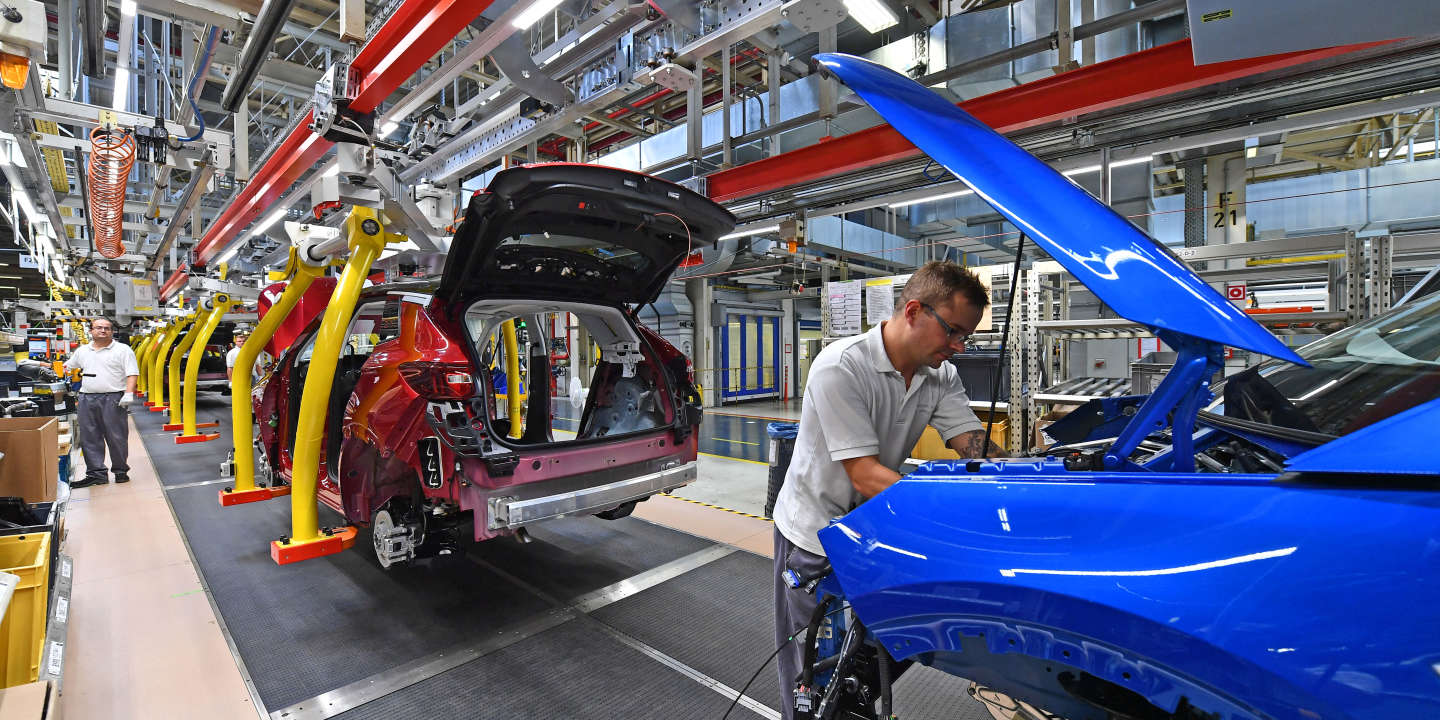 This is a disappointing sign for the recovery of the European economy: the German engine is picking up much slower than expected. Growth across the Rhine will only increase by 2.4% in 2021, calculated the country’s major economic institutes in their autumn report, published Thursday, October 14. It’s a serious cold shower: in the spring they were counting on a much more vigorous rebound in the euro zone’s largest economy, to 3.7% for the current year.

Unsurprisingly, the “made in Germany” is very affected by the supply problems of raw materials and electronic chips, which slow down industrial production. In the automotive industry, the consequences of the semiconductor shortage are considerable. Some production lines are interrupted, the Opel site in Eisenach is completely shut down until the end of 2021. This crisis even affects manufacturers of luxury vehicles. Mercedes announced at the beginning of October that it had only delivered 428,000 models from July to September, ie… 30% less than the previous year at the same period.

As a result, it is for the moment services close to the consumer, such as restaurants, which have been driving growth since the spring, thanks to the lifting of certain anti-Covid restrictions. But the situation threatens to darken with the winter months, in the event of an epidemic recovery. “With the cold season, it is to be expected that the infections will remain at the same level, which means that the services will run below their usual activity”, stress economists.

Growth in the coming years will be strongly affected by the two major challenges ahead for the German economy: the aging of the population and the efforts to decarbonise the economy.

They are counting on the fact that the health situation and supplies will gradually normalize over the next few months, in order to reach, in summer 2022, the pre-crisis level of production … if no new variant does not disturb the situation. This should result in an increase in production of 4.8% in 2022 and 1.9% in 2023. Faced with the anxieties currently expressed in Germany about the rate of inflation, the economic institutes are reassuring: they estimate that the price increase will certainly be 3% this year, but that it will fall back to 2.5% in 2022 and return to 1.7% in 2023.

Read also Article reserved for our subscribers Germany, Japan, Sweden, Denmark… These countries submerged by the wave of seniors

But the difficulties will not be overcome for all that. Growth over the next few years will be strongly affected by the two major challenges ahead for the German economy, which will weigh on both production and consumption: the aging of the population, with the retirement of many generations. born after the war, and the efforts to decarbonise the economy. This double event has the consequence that “Fewer workers per capita will have to generate the country’s wealth, and a greater share of the income generated [devra] be invested in climate protection ”, stress economists.

You have 40.73% of this article to read. The rest is for subscribers only.