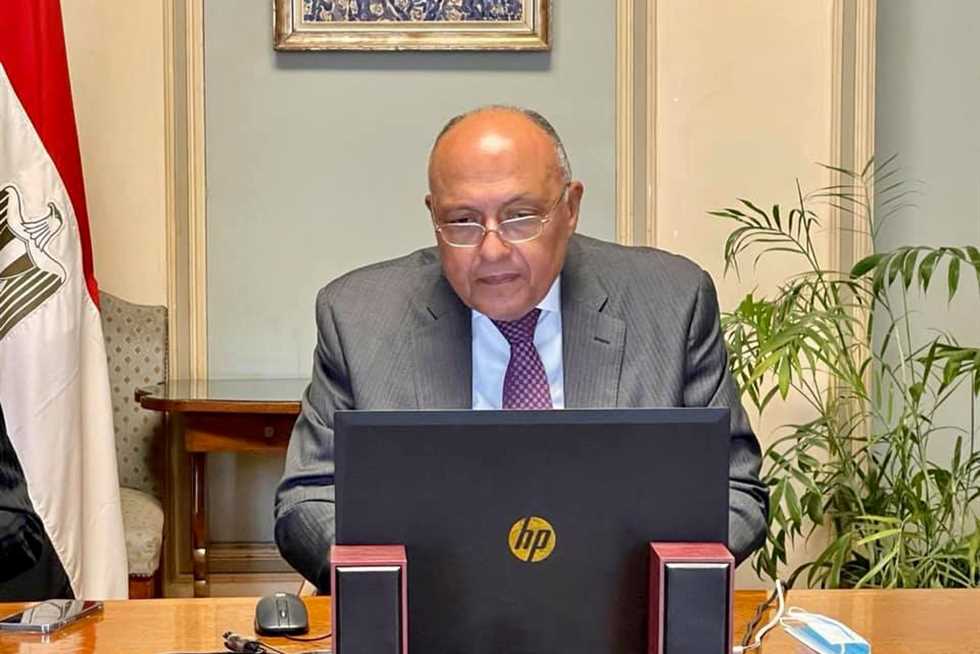 He stressed his aspiration for continued coordination and consultation between Egypt and the United Nations regarding various regional and international issues in order to achieve security, stability and the hoped-for prosperity, as well as humanitarian and development issues and the related global challenges.

Ambassador Ahmed Hafez, the official spokesman for the Ministry of Foreign Affairs, said that the conversation focused on the latest developments in the file of the Renaissance Dam and the recent developments that led to the lack of any progress in this regard.

Minister Shoukry affirmed the Egyptian firm position represented in rejecting unilateral measures related to filling the Renaissance Dam reservoir and the need to reach a binding legal agreement regarding the rules for filling and operating the Renaissance Dam that would achieve the interests of the three countries.

He also stressed the need for the international parties, led by the United Nations and through the Security Council, to contribute to pushing Ethiopia to engage seriously and with a sincere political will in the negotiations in order to reach the desired agreement.

she was Egypt and Sudan stressed the importance of coordinating the efforts of the two countries at the regional, continental and international levels to push Ethiopia to negotiate seriously, in good faith and with real political will in order to reach a comprehensive, just and legally binding agreement on filling and operating the Renaissance Dam, after the negotiations sponsored by the African Union reached a dead end due to intransigence. Ethiopian.

A joint statement issued at the end of the talks, which was held by a high-level Egyptian delegation, including Sameh Shoukry, Minister of Foreign Affairs, and Dr. Mohamed Abdel-Ati, Minister of Water Resources and Irrigation of the Arab Republic of Egypt, during his visit to Khartoum, on Wednesday, to hold intensive talks with the Sudanese side, including Dr. Maryam Al-Sadiq Al-Mahdi, the Sudanese Minister of Foreign Affairs and Professor Yasser Abbas, Minister of Irrigation and Water Resources, with the participation of technical and legal experts from both sides. The talks took place in a friendly and positive atmosphere characterized by mutual understanding.

The statement stated that the consultations focused on the developments of the Grand Ethiopian Renaissance Dam file, as the two parties agreed on the serious risks and dire effects of the unilateral filling of the Renaissance Dam.

The countries’ visions also agreed on the need for coordination to move to protect security, peace and stability in the region and the African continent, which requires active intervention by the international community to ward off risks related to Ethiopia’s continued pursuit of its policy of seeking to impose a fait accompli on the downstream countries and the unilateral will that Ethiopia continues to follow. Which is embodied in its announcement of its intention to fill the Renaissance Dam during the upcoming flood season without taking into account the interests of Sudan and Egypt.

The Ministers of Foreign Affairs and Irrigation in Sudan and Egypt expressed deep concern about the potential effects and damages of filling and operating the Renaissance Dam unilaterally and without a legally binding agreement regulating the work of this huge dam on the rights and water interests of Sudan and Egypt, and stressed the importance of concerted international efforts to reach a settlement of the Renaissance Dam crisis that takes into account The interests of the three countries and achieve their common interests.

The talks also touched on the bilateral relations between the two brotherly countries, where the two sides affirmed their keenness to strengthen and deepen the eternal relations that bind the peoples of the two countries.