Should Barça be sanctioned for the banners displayed at the Camp Nou? 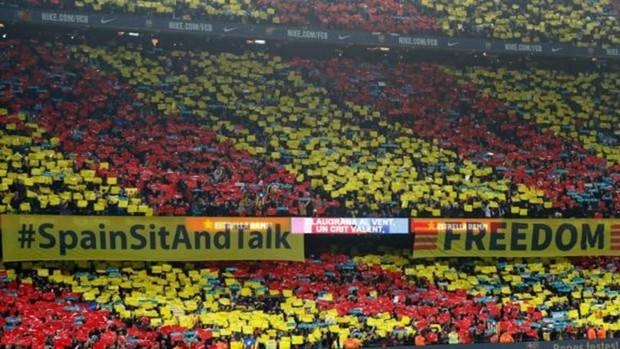 In the most anticipated classic of recent years, the main protagonist was not just football. Politics and social unrest were seen both outside and inside the stadium to the point that Tsunami Democràtic planned to display banners on the Camp Nou pitch using drones. Fortunately for the normal development of the match, the action failed when the devices were intercepted by the Mossos d'Esquadra. However, the banners printed by the Tsunami with the slogan "Spain, sit and talk" and with the word "Freedom", which appeared when the two teams jumped into the field, were not lacking in the field. Do you think this should have consequences? .

after confinement, life resumes under surveillance

The second world economy has lifted its containment measures and is reviving its economic activity. But the daily life...
Read more

after confinement, life resumes under surveillance

Espanyol has already discharged those infected with coronavirus

Good news for Espanyol within the serious economic and...
Read more
Sport

Because of the corona virus, Sky came up with...
Read more