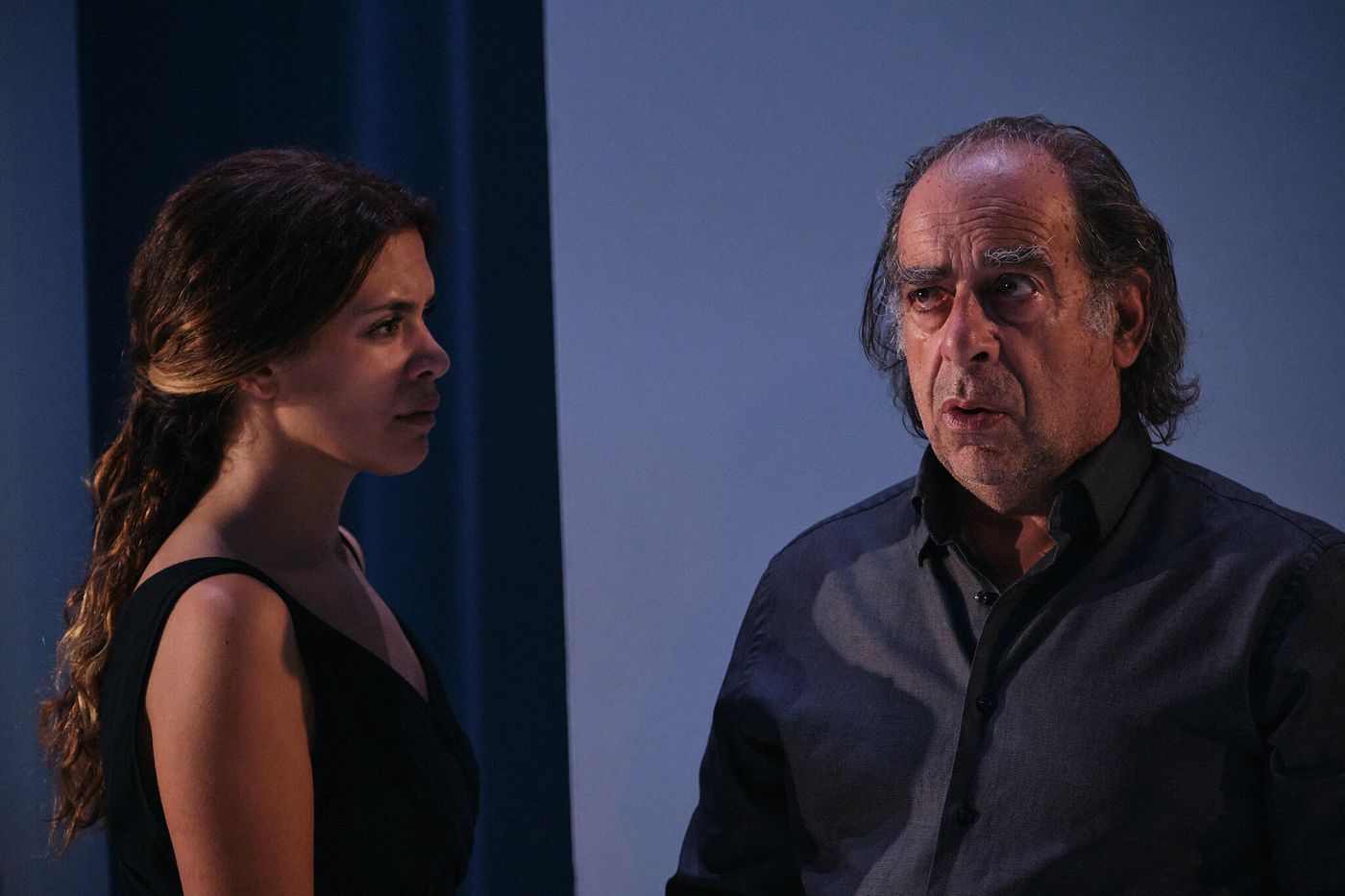 by Cédric Orain and Guilherme Gomes

At the Tempest theater in Paris

What if the ultimate path to subversion was in silence? Keep silent, erect a silent rampart in the heart of a society that is always too talkative where the winners are often those who speak the loudest. In the theater, he is this faithful spring of speech, essential to the outpouring of magical moments and powerful emotions. Cédric Orain and Guilherme Gomes make it the raw material for Silence, their show created in early October at the Doña Maria II theater in Lisbon, directed for a few more days by Tiago Rodrigues, future director of the Avignon Festival.

Silence keeps the promise of its title through an intelligent variation on a kaleidoscopic state. To the first character, who arrives at the edge of the plateau, silence seems an inaccessible grail. Annoyed by the pendulum of his living room clock and even more by the rumor – conversations, pipes, etc. -, he ventures into the street where, “Assaulted from all sides”, it feels like «a little Ulysses lost in the city, tossed about in an ocean of noise ”. He then sets sail for the countryside, but the so hoped for Eden is scrambled by a tractor in a field, a motorbike or, worse, a microlight in the sky!

This introduction, a biting painting of a restless world, gives way to the painful depth of a teenager’s silence. For months, he has not opened his mouth and nothing makes him bend, especially not the cries of despair and anger that his mother throws against the invisible wall now erected between them.

In an elegantly understated scenography – a few modular white panels and blocks, a tulle curtain open or closed depending on the moment – the five Portuguese actors each take on several roles. They jump from one fragment to another and from one language to another in a harmonious movement orchestrated by a text sharpened to the millimeter.

The writing was carried out jointly by Cédric Orain and Guilherme Gomes who mix here their worlds – impossible to discern who composed what – and the sounds of their languages, reciprocally translated into a surtitle. They happily juggle with registers, exploring countless facets of silence, dark or liberating: humor, drama, poetry …

→ ANALYSIS. Shows, heritage, cinema… The future is brightening up for the world of culture

A woman lying in a meadow contemplates the vault of heaven and lets her thoughts fly. “From so far away, do you see a woman lying with her eyes skyward?», she wonders in an interior monologue where another actress, standing in the background, brings the audience in as if by breaking and entering. A scent of strangeness is also invited in what we imagine to be the cabinet of a medium consulted by a couple in need of children. Funny tandem where the husband suffocates his wife by a deadly logorrhea. Silence, recommended by the marabout as a remedy, will it allow life to finally blossom between them?

Later, in an irresistible playlet, the employees of a company are turned upside down: their « N + 1 » do not speak anymore. All means are good to try to reestablish contact: offer him a «stratégie win-win», a « brain­storming » or better, achieve a « PowerPoint ». But nothing helps… In the professional, family and intimate spheres – this girl who speaks to her father without the latter being able to hear her, unrolling everything she could not and will never be able to say to him -, silence is an ambivalent breach, which sometimes moves away, sometimes brings closer but sometimes knows how to open a space of freedom.

Under simple attire, the play by Guilherme Gomes and Cédric Orain reveals itself to be of salutary irreverence in a world where, in order to exist, it is good to “make noise” or trigger “buzz”. The actors, Tânia Alves, Teresa Coutinho, João Lagarto, Marcello Urgeghe and Guilherme Gomes, carry with a remarkable finesse of play the subtle nuances of each of their characters outlined by the text. Among them, two lunar beings escaped from a Beckettian horizon and this Mr. Loyal, cymbals in hand. Between the two discs, before they close and shatter it, the treasure of silence is there, visible: infinitely fragile and so precious.

After engineering studies in applied mathematics, Cédric Orain has embarked on the theater. With his company La Traversée, he directed texts by Antonin Artaud, Gilles Deleuze (with D like Deleuze in 2017), by Pascal Quignard (Mermaids’ song in 2010) and Valère Novarina.

Guilherme Gomes is a Portuguese actor, founder of the Teatro da Cidade. He plays both in the theater and on television.

The two artists met at a theater festival.“In broken English, Cédric pronounced the word silence”, remembers Guilherme. They woven this text together, mixing their scriptures and their languages.

Carried by a Portuguese distribution, Silence is played in French and Portuguese.