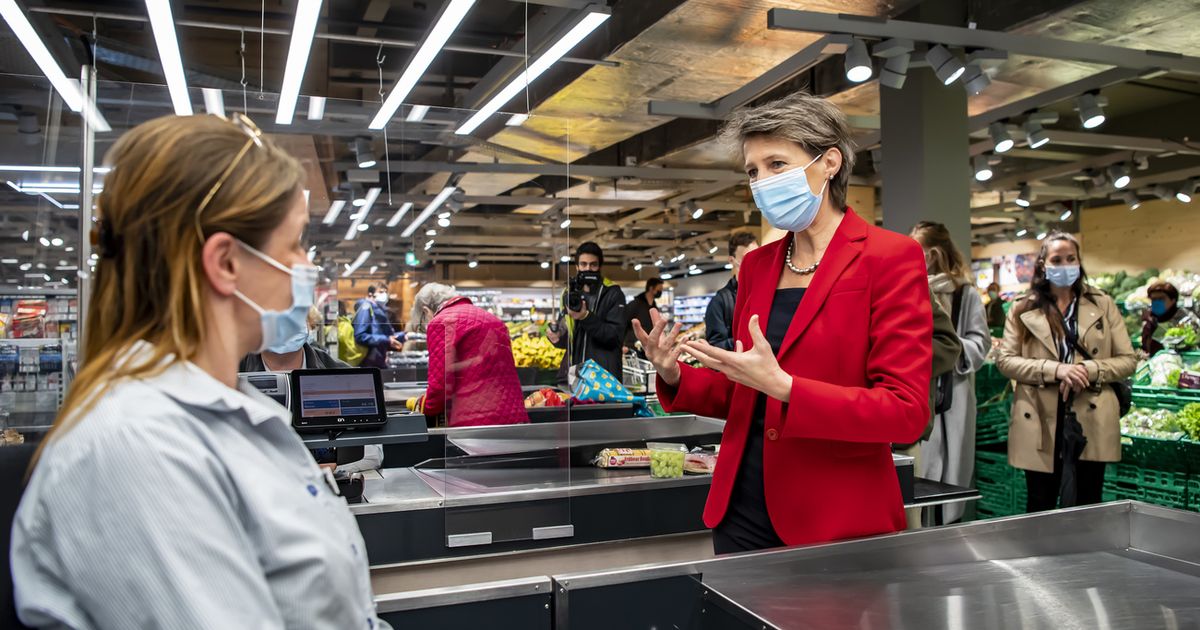 Simonetta Sommaruga stopped late Friday morning in Lausanne. On the eve of Labor Day, the Federal Councilor spoke with the sales staff of a bookstore and a department store in the city center.

The socialist is used to this kind of meeting within the framework of May 1, she who had for example visited a Neuchâtel EMS in 2020 and a Friborg nursery in 2019. This year, it is on the retail trade that she threw its devolved. A branch which employs 300,000 people in Switzerland and which has been particularly affected by the health crisis.

“There are those who found themselves at the front, having to extend their hours, while others no longer had a job,” Simonetta Sommaruga reminded a few journalists at the end of her visit to Lausanne.

She said she was touched by the accounts of saleswomen who, at the height of the crisis, were the only contact persons for customers, confined the rest of the time to their homes. “Several saleswomen told me that they felt really useful during the pandemic,” she said.

According to the Federal Councilor, the profession emerges “valued” from the crisis. “But is this recognition within society enough?” She asked. She thus underlined the importance of offering “safe and clear” working conditions to the sales sector, in particular through collective labor agreements (CCT).

However, she recalled that this was not the case in several companies: precarious work, whether temporary or on call, remains frequent in the retail trade, she noted. “The crisis has shown the need to establish well-regulated working conditions,” she added.

See Also:  Affected by Covid-19, Donald Trump transferred to a hospital "for a few days"

In a profession turned upside down by digitization, Simonetta Sommaruga also insisted on the “primordial” importance of investing in training.

Before going up to the city center, the head of the Federal Department of the Environment, Transport, Energy and Communication was greeted at Lausanne station by the President of the Vaud government, Nuria Gorrite. During the few minutes of this informal visit, the two Socialists notably discussed mobility projects in the canton, reported the State of Vaud.