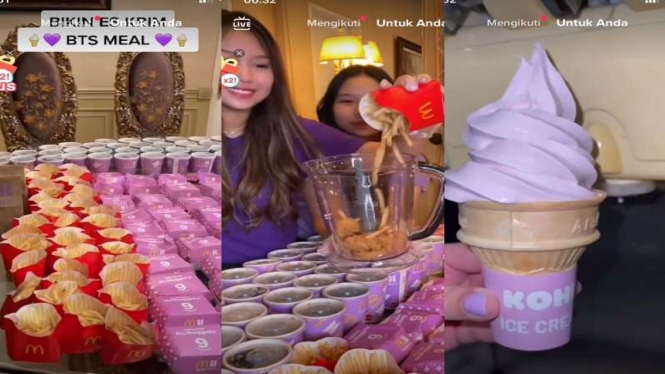 VIVA – Sisca Kohl come try the food that is happening right now, namely BTS meal Mc Donald’s. He ordered quite a lot of food, which caused a number of outlets to be sealed because it caused a crowd of online motorcycle taxis.

Quoted VIVA from her Instagram account, @siscakohl, Thursday, June 10, 2021, Sisca and her sister Aliyyah Kohl showed off BTS meal lined up on a large table at her house. In addition to being eaten directly, Sisca, who is also known as a celebrity, makes this BTS meal into ice cream.

“Make an ice cream check, I don’t buy too much so that others get a share,” said Sisca at the beginning of the video.

To make ice cream from BTS meal, he and his sister Aliyyah first put the nuggets, potatoes and cola into a large blender. After smooth, the food mixture is filtered. It was made to make his ice cream extract.

“After this we will mix the special sauce. We are very curious about how it tastes,” said Sisca.