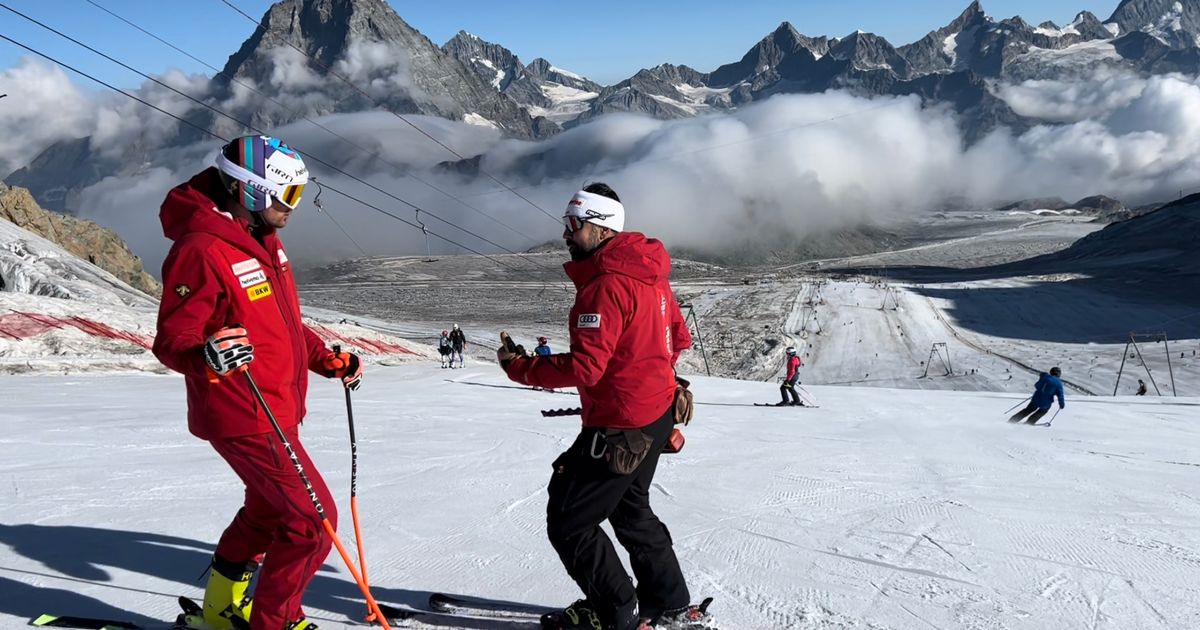 The Swiss slalomers made their return to the snow at the end of July in Zermatt. RTSsport was able to accompany Daniel Yule and his colleagues just before the estate closed its facilities due to poor snowfall.

Almost 3 months since the Swiss slalomers had not got back on their skis. So inevitably, and despite the heat wave, everyone was eager to find the snow. “I was starting to have a little strength around the room, I was happy to get out, to get a change of air, confirms Daniel Yule all smiles. It’s always nice to put the skis back on. These are not the slopes with the most interesting terrain for slalomers but to find the sensations of sliding, it’s really good”.

This return to the skis gives the banana 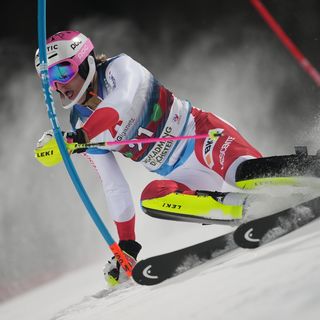 Handicapped by serious back problems over the past two years, Marc Rochat abounds. “This period on the glaciers is very important for building the rest of the season, working on your ranges. It’s not always the most fun but it’s extremely important for the longevity of a career”.

Same story for Tanguy Nef: “This return to the skis gives us the banana. It rests us on the skis and gives us a good foundation to start the season. It’s also an opportunity to meet again so it’s all good”. And to continue: “Everyone is calmer, it feels a bit like being in summer camp“, jokes the Genevan who nevertheless admits that he is not a very big fan of glacier skiing.

“It’s a bit of the same snow all the time, it’s very easy snow. We know a lot of people who are world champions on the glaciers but unfortunately they are not necessarily so in winter”. 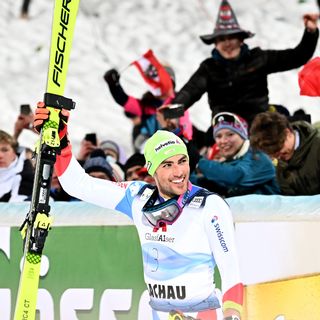 It must be said that the conditions are very different from those encountered by athletes in the World Cup. “It’s freeze-up snow, coarse grain. That’s not what you have in the winter,” explains Yule. “It’s not necessarily essential but it allows you to prepare the body for future training, to hit a few slalom poles. When we arrive in the southern hemisphere, we are ready to put our foot on the accelerator. It’s a good physical and technical base for the rest of the preparation.”

Glacier skiing also allows athletes to try new things. “We try to vary because the seasons are alike. We ski on one leg, without a pole, it’s essential for the skier’s technique”, assures Marc Rochat. “We are always looking to add new elements such as wearing glasses that blur our vision. In the World Cup, the level of each athlete is so high that simply working on technique or physique is no longer enough. We have to look elsewhere and elsewhere, that means potentially in vision, nutrition, etc. Bringing new elements is exciting for the athlete and can help us to grab hundredths and places in the World Cup”, concludes the Waldensian.

Consumer spending in the UAE grows by 22% in 6 months