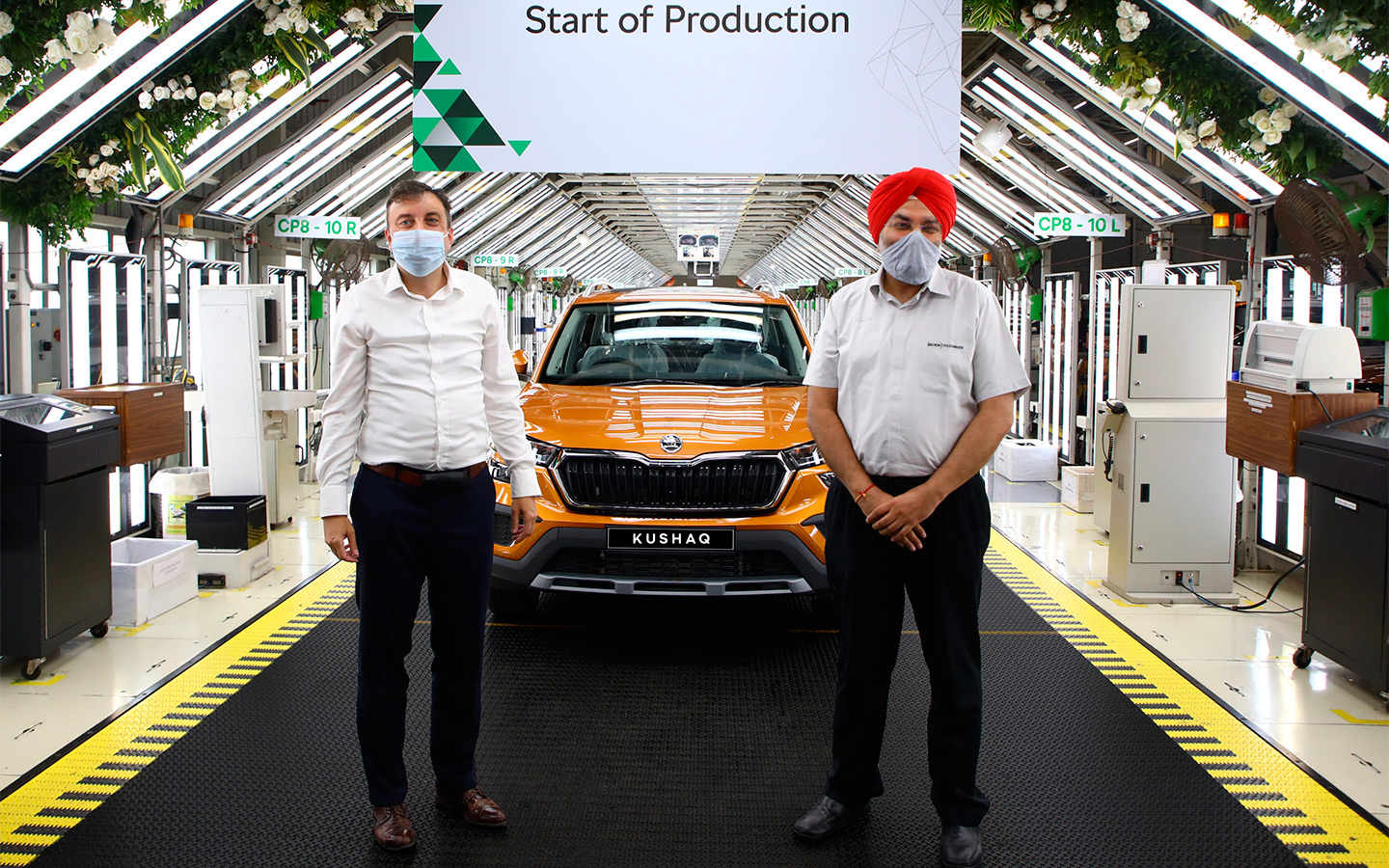 Skoda has launched mass production of a new compact crossover called Kushaq, which in translation from the ancient Indian language means “king” or “emperor”. As stated in the message of the Czech brand, the production of the car has been established at a plant in the city of Pune (India). The novelty is primarily focused on the local market. Whether the car will appear on sale in other countries is still unknown.

The car is based on the scalable architecture MQB-A0-IN – an upgraded version of the modular MQB-A0 platform for compact models of the Volkswagen AG concern. Outwardly, the car resembles Vision In concept carpresented in early 2020. The length of the Skoda Kushaq was 4221 mm (117 mm less than the model Karoq For Russia).

The car is equipped with a 1.0-liter three-cylinder supercharged engine. The power of the unit is 115 hp. and 175 Nm of torque. The engine works in conjunction with a six-speed manual transmission or “automatic” of the same range. Also, customers will be offered a 1.5-liter “turbo four” with a return of 150 forces and 250 Newton meters. Such an engine operates with a “mechanic” or “robot” DSG with two clutches.

The driver has access to a multimedia screen with a diagonal of 7 or 10 inches, a touch-sensitive air conditioning control surface, front seats with ventilation function, an audio system with a subwoofer under the luggage compartment, as well as LED interior lighting.

Autonews.ru can now be read in Telegram.