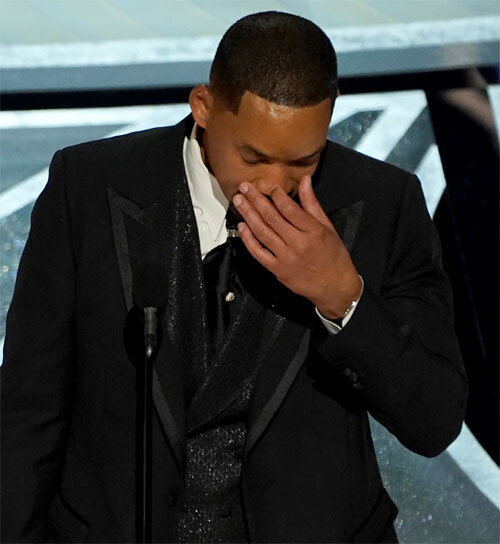 Criticism of actress Mia Farrow and others… Smith also testifies to song-dance after awards ceremony
The Academy’s official investigation begins… Worst case, disqualification from membership
There are even claims that “the Best Actor award has been canceled”
Will Smith

At the Academy Awards (Oscars) awards ceremony, American society’s criticism of Best Actor Award winner Will Smith (54) who assaulted Chris Rock (57), the presenter of the comedy, is on the rise. Although Smith apologized for the award as well as a statement on Instagram, the Academy of Motion Picture Arts and Sciences (AMPAS), which hosts the Academy Awards, has launched an official investigation into the incident, saying violence is unacceptable.

AMPAS said in a statement on the 28th (local time), the day after the violence, “The Academy condemns Smith’s conduct. We will take additional measures in accordance with the bylaws and California state law,” he said. Some believe that Smith could face the same disciplinary action as the filmmakers involved in the sexual scandal, stripping him of his academy membership. It is also argued that he should cancel his Best Actor award.

Criticism of celebrities followed. Actress Mia Farrow, 77, famous for her roles in the movie ‘Devil’s Seed’ and others, said, “It’s the ugliest moment of the Oscars.” Rob Reiner, 75, director of romantic comedy legend ‘When Harry Met Sally’ and others, said Smith tried to justify the assault when he mentioned his love for his family in his Best Actor award speech. do. His actions will not allow any excuses.” NBA star Stephen Curry, 34, said, “Like everyone who has seen the awards ceremony, I am still in shock.”

Roger Williams, a black director of the Academy’s board, said he was concerned that “this case will further reinforce stereotypes about black people, and that it hurts my heart deeply.” This means that Top Star Smith’s use of violence in live broadcasts around the world can instill a false perception that black people are violent and emotionally unstable. Social media is also flooded with posts parodying Smith’s violence.

On the 27th, Smith was outraged and slapped Rock when he joked about his wife, Jada Pinkett Smith, who was shaved after being diagnosed with hair loss. Despite his repeated apologies, there are many people who doubt the sincerity of his apology. Testimonies followed that Smith sang and danced at the party after the awards ceremony. The fact that he slapped a reporter in the face in Moscow, Russia, where he visited in 2012 to promote a movie, is also attracting attention again.

The U23 national football team lost 0:3 to the UAE team and won the fourth place in the “Dubai Cup”