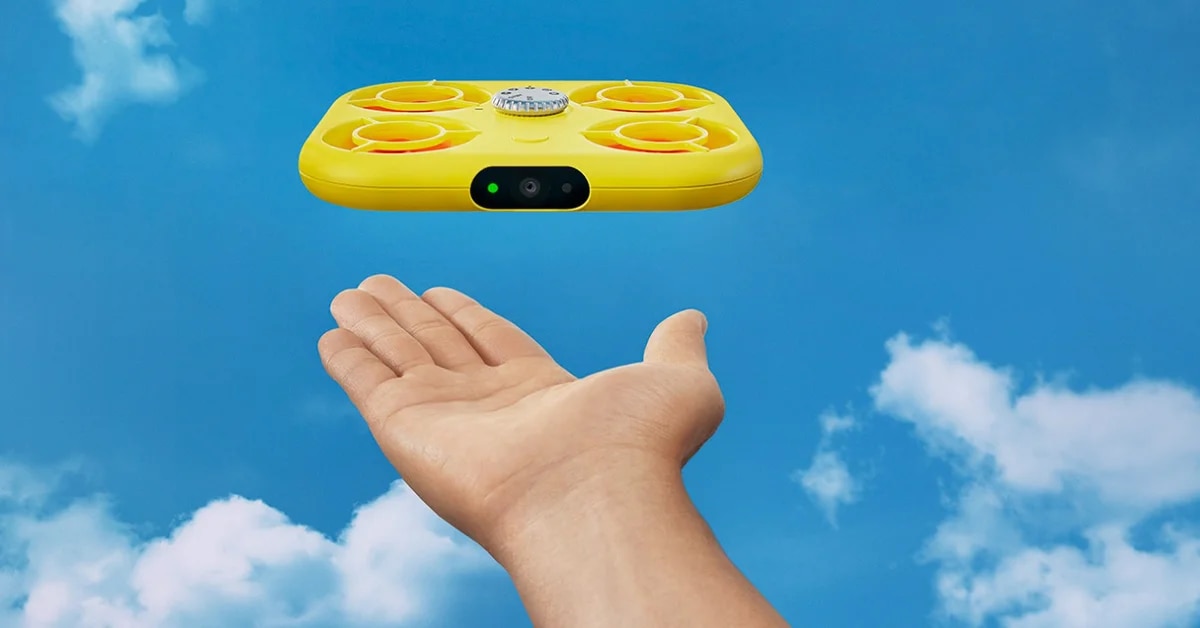 Pixy is an autonomous mini drone

Snap, a company that creates Snapchatpresented Pixy, an autonomous mini-drone with an integrated camera, who takes photos and videos from the air.

It is a small flying camera to generate content in seconds. Simply press a button and select one of the available modes and Pixy takes flight. You can choose the mode for selfies as well as another to take panoramic shots

Once the mode is chosen, it is not necessary to command it in any way, since it is autonomous. The drone will float in place and take pictures of the user(s) as it moves through the air. The product is promoted as a kind of “photo assistant”.

Pixy shoots 2.7K video at 30 frames per second and takes photos at 12 MP resolution. It weighs just 101 grams and fits in a pocket. Besides, the battery offers a range of 5 to 8 hours of flight; and charges to 80% in just 20 minutes.

It offers the possibility of transferring images and videos wirelessly to the cell phone so that the content can be uploaded immediately to the social network. It is that the product was born to contribute, precisely, to generate more content on Snapchat.

The gadget is able to detect gestures and act accordingly. If the user extends the palm of the hand, the equipment will land there and turn off.

The camera responds to gestures

“Everything you need to capture the moment from a new perspective is right in the palm of your hand. At the touch of a button, Pixy flies in four preset flight paths. It can hover, orbit, and follow wherever it takes you, without a controller or any setup. And Pixy finds her home in your hand, landing softly at the end of the flight,” the official statement read.

It also offers editing options to use before sharing the content. With a few taps, you can automatically crop to portrait format and apply editing filters, such as Hyperspeed, Bounce, Orbit 3D and Jump Cut. Then it is possible to share on Snapchat and other platforms as well.

The mini drone is sold starting at USD 229. There is also a combo for USD 249 that includes, in addition to the drone, two batteries, as indicated on the official website. For now, the product is only available in the United States and France.

It’s not the first time Snap has made hardware. A few years ago he launched Spectacle glasses to take photos and videos that are uploaded directly to the network. While they were all the rage at the time, interest faded over time. Now they launched this new gadget that is already making people talk.

Metameanwhile, is working on the development of augmented reality glasses under the code name “Project Nazare”. This is how they refer to this initiative within the company. The glasses, which would be launched in 2024, would have a wireless device in the shape of a mobile phone to download the information necessary for their operation.

The glasses would integrate an operating system based on Android and the battery would offer 4 hours of autonomy. Then a second, more optimized version would be launched and there would even be a third generation that would hit the market in 2028, according to reports.

Meta’s glasses are expected to weigh about 100 grams, offer a 70-degree field of vision and integrate microLED technology.

87% of Latin American companies were victims of cyberattacks in the last year
How is Zloader, the botnet created to carry out financial theft
Alexa will notify when the cameras detect the presence of a person or a package