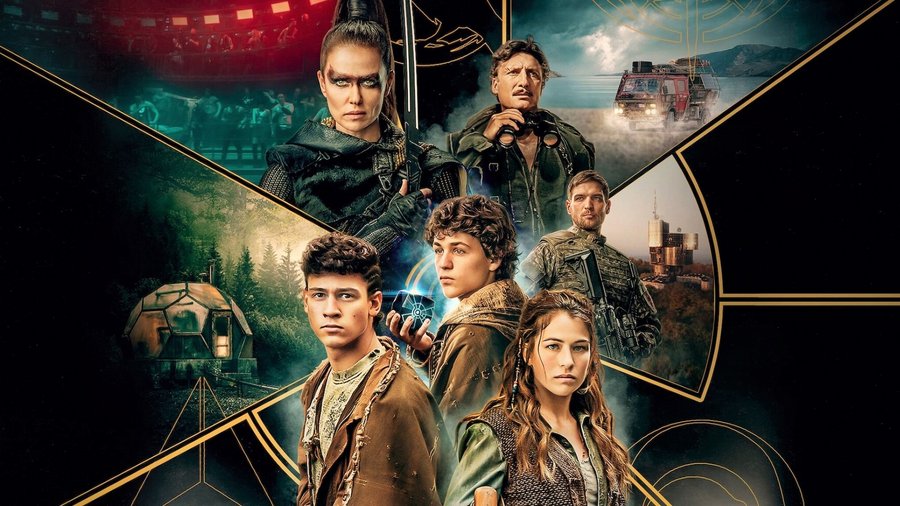 Whoever says “post-apo” necessarily says “inspirations and similarities with other works”. But there, it is impossible not to think furiously above all The 100 (in its good seasons though, the darker and less adolescent ones). Whether it was the sets (rather successful after all, both for the interiors and for the pretty outdoor landscapes), the costumes or the different characters, I regularly had the impression of coming back to The CW (including for unequal acting).

Fortunately, to compensate for this feeling of déjà vu and some cliché elements (the Raven tribe, all in black with black makeup, really?), Tribes of Europa sometimes manages to be surprising, and quite mature in its scenario (the show is not too aimed at the youngest, as one might have feared with the current Netflix strategy).

The series also features a few sympathetic characters (Moses, to name just one) and manages to be relatively consistent, if not as ambitious as hoped, for now at least.

With its European context it is for example a pity not to find a greater variety of spoken languages ​​(German and English in great majority). Also, we hope that the hypothetical season 2 will be released a little more. That said, the show does as best it can with just six episodes, and overall the storytelling sticks, avoiding going too fast.