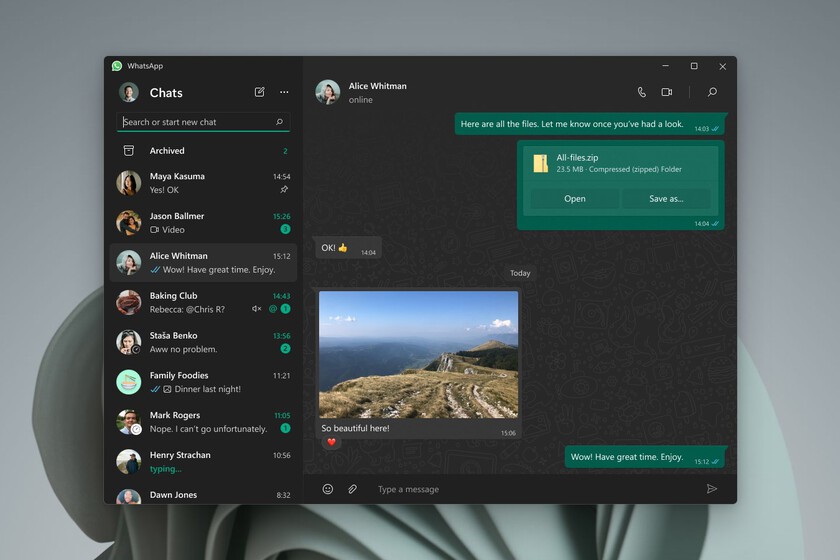 WhatsApp has a new native app for Windows. The company Has revealed that your new app is out of beta and is now available for all Windows users. Mac users will have to wait a little longer, its native version is still under development.

The main novelties of the new native WhatsApp app are that it is independent, it can receive messages even with the smartphone disconnected, and also “has been designed and optimized” for Windows.

Previously, users could use WhatsApp on the web or in a desktop version that was basically the web in the form of an app. However, the new app, now native to Windows, promises better overall performance, increased stability and speed.

It is worth mentioning that with the arrival of WhatsApp multi-device supportsoon it was also possible use the same account on web and desktop in beta. With the new app, this feature comes out of beta and is available to all WhatsApp users.

How to download and install the new WhatsApp app for Windows

From first impressions, the new native Windows app looks like the old WhatsApp desktop app, but according to what Microsoft says, we will now have a better performance. And as we already mentioned, the most important thing is the ability to use WhatsApp on PC independentlywithout the need to have the smartphone connected.

previous reports They say that WhatsApp prepares the Multi-device 2.0 support that will allow you to use the same WhatsApp account on an additional smartphone or tabletbecause now it is limited to a smartphone and up to four computers or web.

Be careful in the next 7 days for these 6 zodiac signs, regarding money expenses