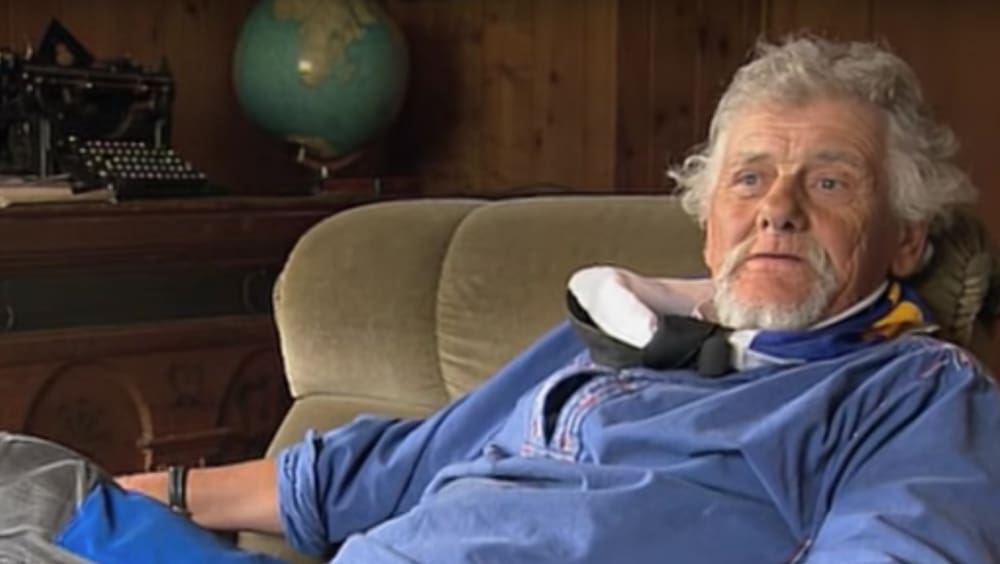 Few knew his real name. Christian Zwicky. He was better known as Socka Hitsch. Born in 1938. Died in February 2020. This emerges from a death notice in «Southeastern Switzerland».

Socka Hitsch was an original from Graubünden. For two decades he was at the fork in the road from Landquart GR to Davos GR. The square on the right after the second roundabout after the motorway exit was his territory. There he ran a unique sales booth. A combination of a kiosk and a caravan. On offer: socks, braces, all sorts.

Socka Hitsch was an artist of life. A Marlboro lover who has also been immortalized on the canvas. There is a film and a book about Graubünden. Zwicky was a guest on Kurt Aeschbacher’s program. He appeared with a shaggy beard and a mischievous smile.

So his relatives want to remember him. His picture is printed on the obituary notice. It shows the old, cheerful man. Laughing. White hair. The beard cut in the style of Henri Quatre. No doubt: Socka Hitsch was also a king.

Zwicky grew up as an adoptive son in Davos. He moved to Chur GR to teach painting. An accident at the end of his apprenticeship shaped his life. While working on a department store, a door weighing several tons crashed into him and hurled him through a glass wall. Zwicky was then in hospital and in therapy for one and a half years.

He spent another 20 years on the construction site – until his back could not take part. He then switched to sales. Zwicky became a carpet dealer at Manor and was involved in numerous associations, including rabbit breeders and carnival guests. At the age of 59, he finally became self-employed. As Socka Hitsch.

Hitsch is the Grisons short form of his first name Christian. He felt comfortable as a sock seller. People loved him. “Han Hosaträger, warmi Socka, Unterboxa for Drufhocka, Hempar for billiga Priisa, han offa bi Föön and Biisa, even when it rains and snows, I am advised for the Chunda,” he used to say.

He was a market stall poet. In quiet moments he watched the chamois with a field glasses. Throughout his life he remained enthusiastic about HC Davos. The Swiss flag fluttered daily at his booth. Next to it was the pirate flag.

Christian Zwicky has now passed away at the age of 81. After a short illness, he fell asleep peacefully, the obituary says. He leaves behind a daughter and two grandchildren. The abdication takes place on February 25th in the Landquart Evangelical Church.