Unlike the rest of the Solar Impulse adventure, the operation was concluded without much fanfare. September 11, 2019, a discreet Press release announced the sale of the solar plane that allowed Bertrand Piccard and André Borschberg to complete their unique world tour in 2016.

Quoted in the text of the ad, Bertrand Piccard congratulated himself on the fact that “Solar Impulse 2, in this second life, continues to illustrate that clean technologies can achieve the impossible while building a sustainable future. With Skydweller (the Hispano-American buyer, editor’s note), the most famous solar airplane in the world, will have concrete advantages for the greater good ”.

However, according to our survey, the young company Skydweller Aero, in website very spartan, has military aims for the future of the Solar Impulse 2 aircraft. The aircraft will serve as a basis for the development of autonomous surveillance and telecommunications drones capable of continuous flight.

>> The survey of the TTC show:

“Hundreds of millions for a military application”

Leonardo, who owns nearly 20% of Skydweller’s capital, believes in these future developments. “The size of the market is enormous”, said Laurent Sissmann, one of the persons in charge of the project, specifying that “for the only military application, we speak of several hundreds of millions which could be captured by Skydweller”. For civilian applications, he cites “a telecommunications relay system, natural disaster observation and mapping”.

Today, the plane that has been around the world is reassembled out of sight at the airport in Albacete, Spain. Skydweller, whose parent company is registered in Delaware – a US state with very lenient taxation – announced that the device was preparing to return to the skies soon. But the group refused any interview.

If the historic Solar Impulse test pilot has been poached and is responsible for putting the machine back into flight, in the long term, Skydweller’s stated objective is to replace humans with an autonomous system and take advantage of the weight gain to install monitoring and observation tools.

“Solar Impulse will never be armed”

Asked about the openly military aims of the project, Bertrand Piccard assured RTS that the sales contract included safeguards prohibiting transforming Solar Impulse into an “offensive” military drone. “It is a plane that will never be armed. It is absolutely clear and it is contractual,” he said.

According to our information, there is indeed no risk of seeing the solar plane cross the sky with missiles under its wings. The scenario is technically not feasible.

An engineer familiar with Skydweller’s ambitions explained to us that the company mainly acquired Solar Impulse as a “test platform, with its technologies already tested”, and that there is an interest in “the form of publicity “that the airplane’s past can bring. “If they manage to develop something, it will no longer necessarily have the form of Solar Impulse, but will embed part of the know-how acquired during the adventure around the world”, he confided.

One thing remains certain: Our investigation indicates that the links between Skydweller’s management and the arms industry are obvious. The possibility of seeing the legacy of Solar Impulse take a military turn in part cannot therefore come as a surprise to Bertrand Piccard and André Bortschberg.

The Skydweller team, from the armaments industry

The American Robert Miller, director of Skydweller, describes himself as having “decades of experience in the air defense community”. His CV is an inventory of the American armaments giants: from Northrop Grumman through subsidiaries of Lockheed Martin, still in the drone sector. The weapons engineer and ex-figure of the Airbus group Marwan Lahoud was also recently integrated into the management of the start-up.

A source familiar with the sales negotiations between Skydweller and Solar Impulse told us that Robert Miller had highlighted his contacts with the United States Department of Defense to illustrate the strength of his offer. 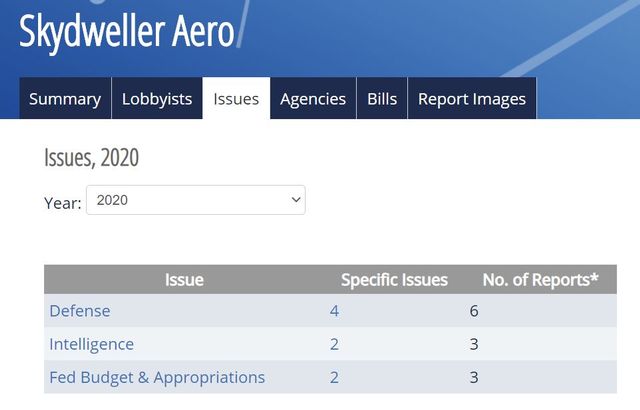 This proximity to American Defense can be seen in Skydweller’s influence activities. The new owner of Solar Impulse 2 has thus mandated in Washington the former lobbyist of the National Rifle Association (NRA), the famous pro-weapons organization, to influence the discussions in the US Congress on drones and surveillance.

Despite these elements, Bertrand Piccard still says he believes in the future commercial and industrial applications of the project, citing telecommunications, meteorological and aerial photography services. He also invites “not to be hypocritical”, recalling that, in the other direction, “many today peaceful systems have been developed by the army”.

The question of financing and public money

This sale, which clashes with Solar Impulse’s original fight for energy transition and its promotion of humanist values, also raises financial questions.

As a reminder, the cost of the Solar Impulse adventure was 170 million francs over 15 years. This sum was mostly provided by private sponsors and patrons, but also by direct and indirect contributions from the Confederation. Today, the proceeds from the sale are only collected by Solar Impulse SA, a company owned by Bertrand Piccard and André Borschberg.

The two men do not reveal the amount of the transaction, arguing that the contract forbids them to talk about it. But Bertrand Piccard defines his gain as “a return on investment for what we have invested for 15 years”. The aeronaut assures us “not to have won anything during this whole period”. Although he was not paid directly by Solar Impulse, Bertrand Piccard was able to take advantage of his image to increase the number of conferences, billed at up to 30,000 francs per unit.

Today, he says he is “relieved that the company created with André Borschberg is receiving something”.

The sale of the technological jewel therefore brought in money for the founders, but not for private sponsors and supporters, such as the Confederation. This was not provided for in the contracts. The deals made were basically to profit from the publicity surrounding the adventure around the world.

Nicolas Bideau, director of Presence Switzerland, which centralized Swiss public participation, estimates public support at 6 million francs. “Much of this was in the form of the provision of aircraft hangars in Dübendorf (ZH) and Payerne (VD). There were also subsidies from the Federal Office of Energy to push the renewable energies, and Presence Switzerland has invested 1.25 million francs in cash to be a partner in the adventure “.

Nicolas Bideau specifies that the participation of polytechnics and the availability of their engineers should also be added. This increases the share of Swiss public participation.

How did Switzerland benefit from this? For Nicolas Bideau, the return is not financial, but it is just as important. “The know-how of Solar Impulse is less in the plane which left for Spain today than in the engineering offices and in our polytechnics. This is not to be underestimated”, he argues. For him, “the current fate of the plane is a shame (…), but we got the most out of Solar Impulse in Switzerland”.

This enthusiasm is not shared by all. Former parliamentarian Fathi Derder does not mince his words and refers to “a complete failure on the part of the Confederation.” I have been fighting for years to make them aware of all this incredible technology embedded in Solar Impulse “, says the PLR Vaudois, who wanted to see Switzerland maintain this know-how on its territory.

“Now it is in foreign hands, visibly American. Whatever the destination, it is dramatic for our country”, regrets Fathi Derder, who does not blame André Borschberg and Bertrand Piccard. “From the moment when the promoters turn to the federal authorities who turn their backs on them with a sort of polite, even a little humiliating refusal, it should not be surprised that a private company then goes abroad.”

In its infancy, the second life of Solar Impulse, military and civilian, has yet to materialize. But Skydweller sees it big. Its management has announced the hiring of 120 employees between Spain and the United States, mostly engineers. Once the studies are completed, the plane could end its life in Switzerland, exhibited in a museum.