Solares 2020: from controversial filters to ingredients that contribute nothing | Good Life

Due to the coronavirus crisis, BuenaVida is not in kiosks. Download it free here

“The only cosmetic that has the almost unanimous support of skin experts is sunscreen.” This statement, one of the few certainties he had in regards to creams, the result of dozens of interviews with dermatologists and researchers over many years, was reeling again (there is no season that does not reveal any intrigue in the category ) for just two months.

These cosmetics are only part of the protection against ultraviolet radiation and, for a wide sector of the profession, it is not even the priority (although certainly useful): “Many dermatologists say that you have to put cream, but we insist on physical protection: hats, glasses, clothes, being in the shade… That is the best photoprotection “, confirmed Ricardo Ruiz, director of the International Dermatological Clinic (CDI). Also, that the official general recommendation of” yes, for everyone, every day “, designed for skin phototypes and Spanish lifestyle habits, had nuances.

The end (preventing cancer, allergies and aging) justifies the means (generously smearing a relatively affordable cosmetic): “There is no doubt that the benefits far outweigh its potential negative effects on the skin itself or the environment“, Montserrat Salleras i Redonnet, head of the Dermatology service at the Hospital Universitari Sagrat Cor, in Barcelona, ​​says. However, in the summer of 2019, at the insistence of many brands that we use them even working until dusk (” the sun it is everywhere “), there were not a few specialists who added an obvious but necessary tagline: whenever you expose yourself to rays in a combination of radiation level and time that can end up in erythema. That is, when you are going to be in the sun enough to burn (and once daily vitamin D needs have been met, watch out).

What was not questioned for some time (among serious people) was the safety of its ingredients – although they are always under surveillance. The European Health Authority (EFSA), in charge of certifying the safety of cosmetics, is the hardest in the world: everything that is included in a cream, perfume or personal hygiene product that is sold within our borders (through official channels) is safe. But a new study published in the journal JAMA Recently – science is so jealous with updating the truth – it has reactivated old suspicions in the scientific community and Ruiz’s reluctance, among others, to his generalized use of photoprotectors without any precaution: “He is going to bring cola … “We knew that its components are absorbed and that they can reach the blood. But in this new investigation it is seen that the levels are high and require toxicological studies,” he warned.

This summer we will continue to find them in many creams, but new assets will also arrive. Others will disappear. In their eagerness to respond to our needs and whims, the laboratories have reformulated again. Let’s see what the ingredients swings of the 2020 season come to.

For now. The composition of the plots has varied greatly over the years, especially with regard to filters. Those of the new controversy are seven and thus appear on the labels: avobenzone, oxybenzone, octocrylene, ecamsule, homosalate, octisalate and octinoxate. “All of them authorized by the CE”, remembers Yolanda Gilaberte, vice-president of the Spanish Academy of Dermatology and Venereology (AEDV). “Applying them in the optimal dose of 2mg / cm2 [cantidad que se utiliza para calcular el índice de protección], are absorbed and reach blood levels higher than recommended. But it should be borne in mind that almost everyone uses a much lower dose, “reflects Ángel Pizarro, head of CDI’s Unit for the Prevention and Early Diagnosis of Melanoma, who insists on prudence when interpreting the news:”They should not be considered dangerous products that we should stop using. More studies need to be done. Everything we eat and drink, and a lot of what we put on our skin, is absorbed to a greater or lesser extent, is metabolized and finally is eliminated by the liver or urine. The problem is not whether or not this occurs, but whether doing so can generate some clinically relevant toxicity. With the current formulas, at the doses we use, there is no evidence that this is the case, although it is not completely ruled out either. “According to the statesmen, in Spain we extend only a third of what is recommended and we do not even do it for the entire body.

Between these 7 Horsemen of the Apocalypse (read retintinly), there is an old acquaintance: the oxybenzone, protagonist of previous horror stories in the media. Salleras i Redonnet, recalls: “It was already known that this component, present in 70% of classic protectors, could have a toxicity in mice, but it was calculated that for a human being to apply that toxic dose, it required between 34 and 277 years of daily application … totally unreal. […] It is widely used in the US, but fortunately it is less and less present in our sunscreens. “

What function do they have? Would they be a great loss if they were removed …? They are all compounds that react against the sun: “They reflect, absorb or disperse photons from some ultraviolet region, preventing their penetration into the skin and preventing associated damage. There are also a few that are used to give stability to others and, some, as photostabilizers in plastics “, explains Gilaberte. That means that we probably have them in several of the cans that live on our beauty shelf: there are not a few creams that carry some SPF. “They are even in perfumes “, notes Salleras i Redonnet.

The plots are complex to formulate and, despite this, the industry strives to eliminate components: to respond to fans of the “without”, to lighten the luggage or to help us feel more friendly to the planet.

We will start with the latter. On the one hand, we are asked to reapply the filters every two hours because they degrade and disappear and, on the other, most of the formulas are built to resist water, sand rubbing, sweat … Is it possible that there are ingredients that continue to reach the ocean in sufficient quantity so that we can measure and ensure that they are to blame for damage to the marine ecosystem? With all that, sadly, there is in the sea … It turns out that the shots don’t go there: “A couple of years ago, the FDA [autoridad sanitaria americana] funded a study to measure the systemic — internal — absorption of sunscreens after application to the skin. He measured four creams, the most used and which contained the most common filters: avobenzone, oxybenzone, ecamsule and octocrylene. Of these four, they verified that oxybenzone is the one that was found mostly in blood and, therefore, the one that can reach wastewater, although it is difficult to quantify its innocuousness or biological damage, more complex studies will be required “, clarifies Salleras i Redonnet, also a member of the AEDV. And adds: “Furthermore, the possible damage to coral reefs has not been confirmed, since the places with the greatest damage do not coincide with those with the highest presence of bathers who use sunscreens; it is possible that it is due more to an increase in the temperature of the oceans … “.

Laboratories such as those that formulate the Ladival brand are very proud of their “without” formulas: “Ours is designed to be respectful of the skin, for which we have eliminated photocatalytic ingredients —which can react with light, producing free radicals—, such as hydroxyls or peroxides, which would lead to lipid peroxidation reactions of the stratum corneum, “they say,” or polyethylene glycols, compounds with multiple uses – one of them as an emulsifier to stabilize mixtures – which have been shown to cause photosensitivity reactions, is the case of what is known as Mallorca acne “. His list of expelled does not end there: neither parabens nor perfumes nor preservatives nor controversial filters or silicones … “Expendable or replaceable”.

In addition to those that stay and those that disappear from our sunscreen, there are brands that add new types of protection to their creams and some ingredients remain in limbo due to the lack of scientific evidence on their effectiveness. We tell you everything in the new number of BUENAVIDA, downloadable for free in pdf at this link. 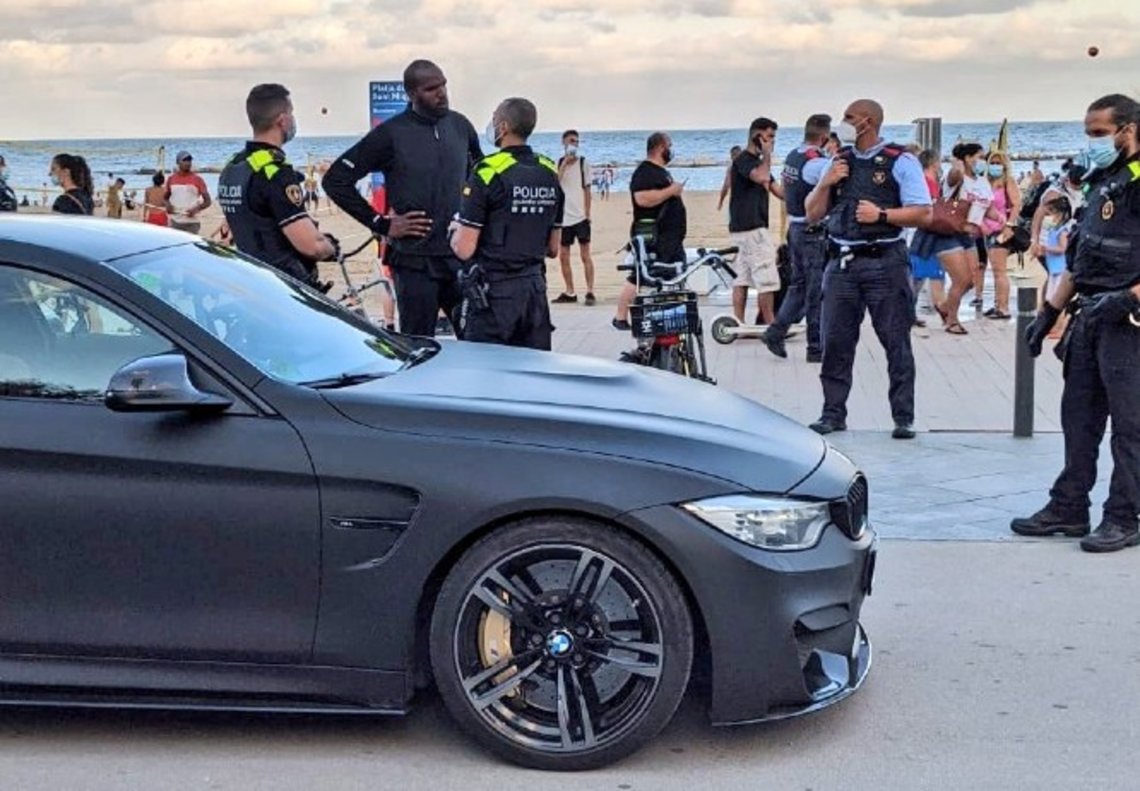