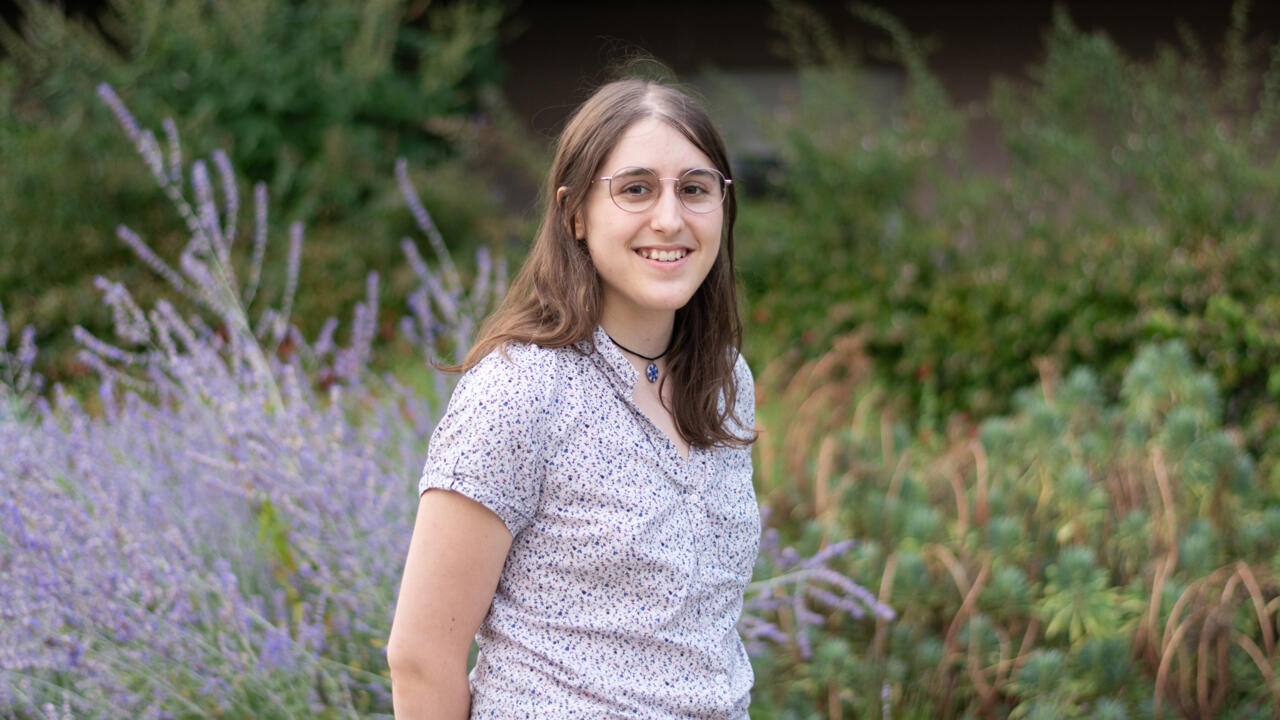 At only 26 years old, Solène Mirliaz has just arrived first equally of the French computer science aggregation. Despite her success, the now teacher is rather pessimistic about the future development of a sector still marked by the under-representation of women.

Moving requires, Solène Mirliaz picks up, on a videoconference application, a big headset on the ears, all smiles. Still at home in Rennes, a few weeks before the start of the school year, the young woman is in the cards to go to Marseille to discover her first preparatory class at the Lycée Thiers, as an associate professor of computer science.

The major of the info agreg is a woman 😊


This year, his class will consist of 34 boys, and only one girl. An imbalance that is not new. ” For the moment, we do not see any change in IT. It will take time. Why Girls Don’t Go That Far ? Does it come from the prepa ? Is this before ? I would tend to say that it comes very early, from college or high school “, sighs the former prep student.

From home Windows to personal Linux

Solène didn’t wait for college to discover computers. Computers arrived very early in his life, from primary school, thanks to his family. ” My father is an IT manager. So, we have a big family context. There was a computer available at home that I could tinker around with a bit. “recalls Solène. Pushed by his father to study forestry despite his passion for computers, the young woman’s father quickly trained himself in computers. ” I already had a few books at home on computers, with this idea that if you want to learn something, you can learn it yourself. “, she explains.

Still in primary school, Solène decided to start creating a website, alongside her 9-year-old sister. ” We were in the 2000s, it was very basic, just a bit of HTML and CSS for presentation. The book I was relying on, which gave advice on coding in JavaScript, was full of mistakes and I never managed to code anything with it. Besides, my father read it one day and told me : “That’s wrong. That’s wrong… That too!” “, she laughs. The young teacher is well aware that her discovery of computers was facilitated by her father: he helped her to understand error messages, giving her some advice on coding. At first, she wrote down her ideas on paper, before running the program on the family’s Windows computer with limited time, as it was located in her sister’s bedroom.

YES! IT is not only learned on computers 📝📝
A Paper/Pencil part before starting programming on Scratch 💻🐱

🎃 Good start to the internship to our wizard coders! 🎃


But quickly, Solène becomes independent, she obtains a personal computer at college, which works thanks to the Linux operating system, more suitable for coding. From then on, she trained herself throughout her schooling, even going so far as to make a video game for a competition open to high school students. She does not feel restrained by any sexist constraints, she explains: “ It was very benevolent, at the level of my friends as well as my teachers. It was part of my identity, because there weren’t a lot of people who knew how to code. »

After her final year, Solène Mirliaz enrolled in a maths/physics preparatory class at Lycée Montaigne in Bordeaux. Around her, no one intends to do IT: ” There were quite a few people who were really interested. However, I had two friends who weren’t thinking of a career in IT at all, but with the projects we had during the year, they found it pleasant. It was an opening, I think. »

What she loves about computing is the freedom and the hack ». « I think that’s the word that comes up the most when we’re doing computer science for fun: we’ll modify the little things and then we see how it behaves, we make a lot of mistakes, we sometimes succeed. […] And then there is a mixture of a lot of creation, of freedom. We can really, from almost nothing, just a computer, do what we want, the only limit is time, rarely skills, which we develop as we go. she smiles.

After two years of preparatory class, Solène wonders if she should try the Ecole Normale Supérieure in Rennes, computer option. She doesn’t really believe in it, but her mother, a librarian, encourages her to do so. With good reason: the young woman is admitted. This is where she realizes that being a girl and doing IT doesn’t necessarily go without saying: ” I really found myself in an environment in which everyone was there to do IT, and there were three girls for seventeen boys. » An even lower rate than the average in other digital training courses, already not very glorious: the training courses for engineers who are members of the CGE with a digital specialty were not made up of only 27% women in 2017while 55% are in higher education.

Still, the teachers at ENS Rennes are delighted to have women specializing in IT and support them as best they can, says the young woman. She has never had sexist and demeaning remarks from them or from her classmates, which is not the case. in all training.

A thesis and a return

To conclude her studies at the ENS, Solène is embarking on a thesis. Objective: automatically calculate the time it takes for a program to encrypt data present on an internet browser, in order to improve its security. But after two years and confinement, Solène is no longer sure she wants to continue the research. This change of path is also encouraged by the creation of the computer science aggregation in France, which makes it possible to teach in high school and in higher education. More than 500 candidates, 20 places, 5 to 6 hour tests, but Solène is ranked first equally alongside one of his comrades, Pablo Espana Gutierrez. She will therefore return to school in 2022 with her class from Marseille, while completing her thesis.

In ten years, Solène hopes to still be happy with her decision, and above all, to have convinced many students to get into IT. Including as many women as possible, she hopes. Because sometimes, a career is not at stake. ” I think encouragement, even from adult males, means a lot. Show a caring, open face… I don’t think we should try to hide the fact that there are a lot of men in this field “, advises the young woman.

If she herself has not suffered from the lack of female computer figures, numerous but not very present in the public space, she hopes that things will change in the future. ” There are female computer youtubers, that’s clear. But when I look for tutorials on YouTube, most of the time it’s men. does it play ? I do not know. But it’s something I would love to do. It may only work for a young woman, but that would already be it ! »

► Read also : Women of science: research must no longer be without half of humanity