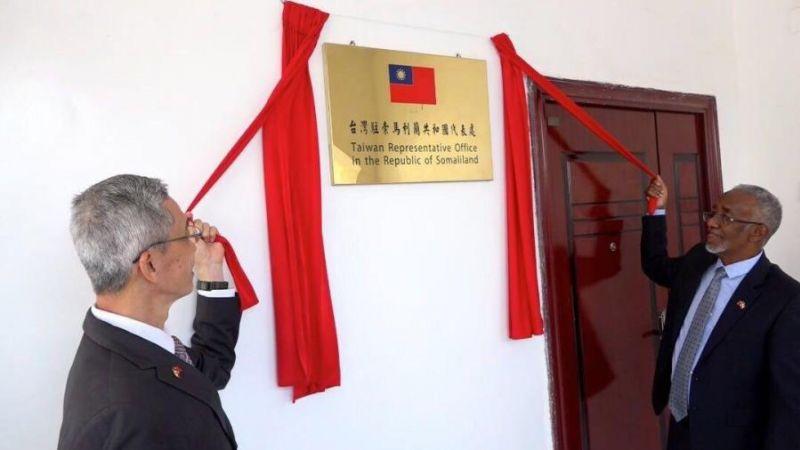 The two countries are opening cross diplomatic representations to end their political isolation.

Taiwan and Somaliland are in the process of forming an astonishing tandem by opening up cross diplomatic representations. That of Taiwan in Hergeisa was inaugurated Monday August 17, and that of Somaliland in Taipei will be in the following days.

An association of two marginalized countries which have little influence on the world stage. Two countries whose survival is threatened every day and which, until now, had not shown mutual interest. By approaching diplomatically, everyone hopes to gain influence.

The island of Taiwan has been, since 1949 and the advent of the Communists in China, the refuge of Chinese nationalists. A second China that Beijing considers an integral part of the territory and regularly threatens annexation.
The island owes its salvation only to the unwavering support of the United States in its fight against the expansion of communism.

But times are changing, communism is no longer a threat, and Taiwan is more and more diplomatically isolated. The island is not recognized as a country by the UN, which does not prevent it from forging links with many countries. But there are only 15 countries left to officially recognize its independence. Beijing’s undermining is paying off, which in four years has “turned over” no less than eight Taipei allies. An isolation that can ultimately sign the end of the Taiwanese regime.

It therefore needs to widen its circle of friendly countries, but the targets are rare and not very influential, like Somaliland, ignored by Beijing in its African policy of Soft Power.
The country, a former part of Somalia, unilaterally declared its independence in 1991, following the fall of dictator Siad Barre in Mogadishu. In the utter chaos that followed in Somalia, and which still lasts, Somaliland did not have much difficulty in securing its independence, but it did not achieve international recognition.

Hargeisa has little to lose by approaching the western camp. Especially since Somaliland has an indisputable asset, its geostrategic position on the Gulf of Aden. The Emirati port operator DP World has already committed to invest $ 400 million in the port of Berbera. A 400 m quay just completed.

For Somaliland, this diplomatic rapprochement is perhaps also dictated by the interest of American “Taipei Act”. Ratified on March 26, 2020 by Donald Trump, its goal is to “to express US support for Taiwan’s diplomatic alliances around the world”. So Washington promises “an increase in its diplomatic, security and economic commitment” to friends from Taiwan.

By playing “rock in the shoe” of its main opponent, each country shows that it still exists. Taiwan sets a pawn in Africa, which has become a Chinese stronghold, and finally gains an ally. Somaliland sends back to Mogadishu the image of a country that has finally become mature.