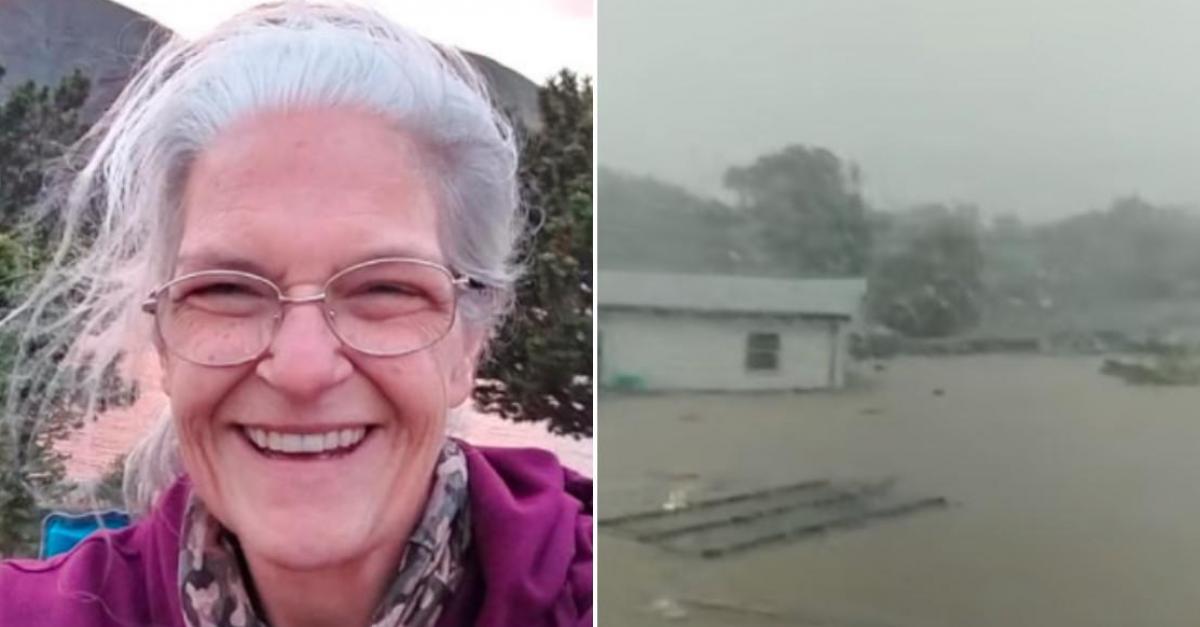 Linda and her son Tommy were stuck on the roof of their house before it collapsed… The mother did not make it out alive.

The drama took place in Waverly, Tennessee. Linda Almond and her son Tommy were on the roof of their house as the water surrounded them. Indeed, the region has been severely affected by rainfall, causing flooding in many towns. They both holed up on their roofs when they saw the water rising, but the house suddenly collapsed, leaving them struggling in the floodwaters.

Shortly before, Linda was broadcasting a live video on Facebook commenting on the events. “Well, if anyone sees me on Facebook Live, we’re inundated right now in Waverly, Tennessee. It is really scary. “I think something just hit the side of the house,” replies a male voice that must be his son’s.

The live then cuts off when they took refuge on the roof. Soon after, the house literally collapsed. Tommy made it out alive but Linda Almond was reported missing for several hours before the family confirmed on Facebook that her body had been found …

Joe Biden spoke about the flooding during a press briefing on Sunday. “I want to express my deepest condolences for the sudden and tragic loss of human life due to this sudden flood. We will give them all the help they need at this terrible time. “