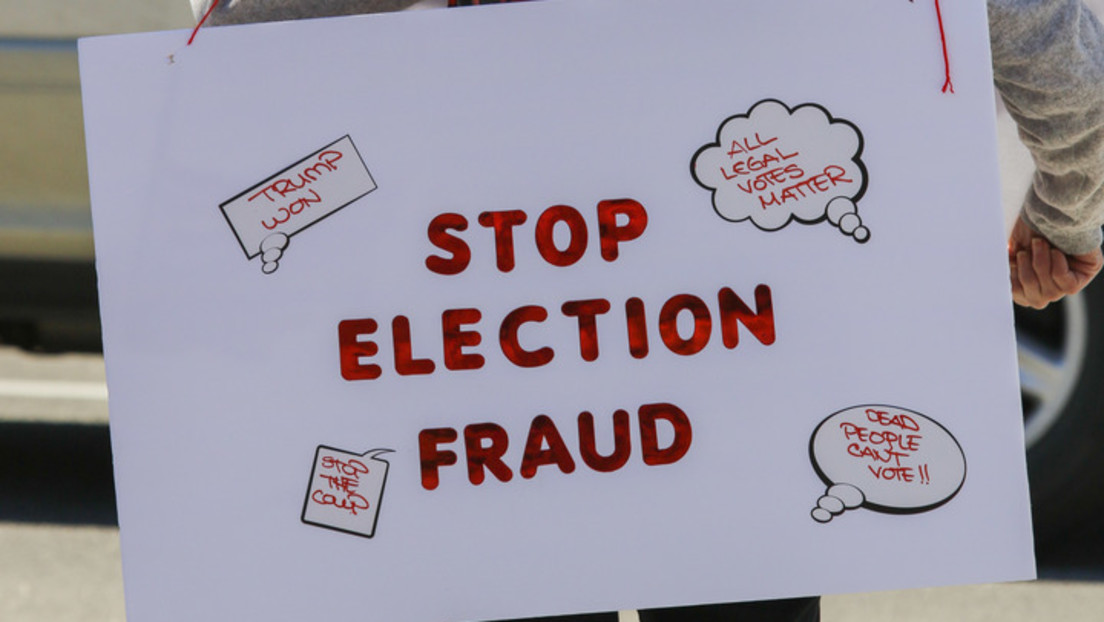 Examination of the results of the US presidential election appears to be progressing. After Arizona presented the first evidence of major disagreements, the signs of it hardened in Georgia as well. The result could be an extension of the test to the entire state.

In several US states, reviews of the US presidential elections are ongoing – mostly neglected by mainstream media in this country’s reporting. This is not just a matter of recounting the votes, but rather a “forensic” assessment of the individual ballot papers and the procedures for carrying out the election. It all started with Arizona, where the investigation began in late April. Similar reviews were soon initiated or announced in several other states, including Georgia.

Unlike in Arizona, where a Senate decision provided the legal basis for the review, in Georgia a group of nine plaintiffs in the Fulton District Court forced around 145,000 postal votes to be reviewed. The organization conducting the test VoterGA, which claims to be “committed to the restoration of electoral integrity in Georgia” and to “independently verifiable, audit-proof, recountable and transparent elections,” reported on one press conference in the past week about the results found.

Accordingly, there are discrepancies with the district’s official election results in 923 of 1,539 ballot packages. These refer to both the total number of votes cast and the distribution of votes between Donald Trump and Joe Biden. For example, some ballot packages were included twice in the official result. This would affect at least 36 packages with a total of 4,255 votes, with 3,390 votes for Joe Biden and 865 votes for Donald Trump.

The examiners also found obvious falsifications of the results in seven packages of voting papers. For example, one of the packages contained 60 votes for Joe Biden and 50 for Donald Trump. However, the corresponding package had been marked with 100 votes for Joe Biden. In total, these seven packages involve 850 votes, all of which – incorrectly – were all assigned to Joe Biden. In addition, over 200 postal ballot papers with votes cast were discovered, the results of which were not included in the count.

But there were also procedural errors that could open up scope for manipulation under certain circumstances. The district apparently failed to include over 100,000 counting sheets, including more than 50,000 postal votes, when the official results were released by the state election officer in November. These count sheets were missing until the end of February when the district added to its original results. In addition, ballot boxes were not handed over for at least three days, although the district was legally obliged to do so.

VoterGA took these inconsistencies as an opportunity to expand the reviews to the entire state demand. There is “evidence” that the discrepancies observed “could be worse in other districts of Georgia than in Fulton district.”

In the view of the organization, which sees itself as “non-partisan” and “by an alliance of citizens working to restore the integrity of the Georgia elections,” such a state-wide review, in addition to examining physical ballots and resources such as counting machines, for example, also include forensic testing of the voting servers used.

The test must also be carried out by a “genuinely independent team” that “has no relations with officials entrusted with carrying out elections”. The proposal of the Republican spokesman for the House of Representatives of Georgia David Ralston to use the highest investigative authority of the state (“Georgia Bureau of Investigation”), however, the organization rejects. This has little to no experience with forensic election investigations, has already been involved in investigations on behalf of the state’s top election officer (and thus not independent) and provides “dubious results in investigations that affect government officials.”

To what extent the reviews will actually be expanded cannot be said with any certainty at this point in time. The final results of the Arizona test may also play a role.

more on the subject – Splitting of the USA: Many Americans are for it