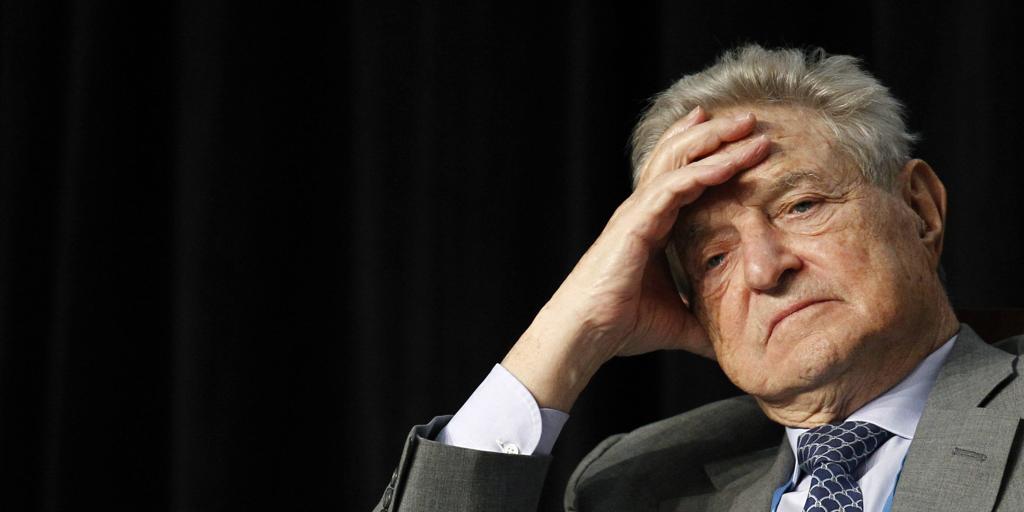 Of the one hundred judges who were part of the European Court of Human Rights (ECHR), based in Strasbourg, between January 1, 2009 and October 1, 2019, twenty-two have – or had – links with seven progressive NGOs accredited before him, and twelve of them with the Open Society Foundation (OSF) and its legal branch, The Open Society Justice Initiative (OSJI), founded and controlled by the controversial Hungarian American tycoon George Soros. Among current members, the Bulgarian Yonko Grozev, the Lithuanian Egidijus Kuris, the Albanian Darian Pavli, the Croatian Ksenija Turkovic and the Latvian Martins Mits; Emeritus figures include the Polish Lech Garlicki, the Estonian Julia Laffranque, the Bosnian Lilijana Mijovic, the Hungarian András Sajo, the Slovak Jan Sikuta, the Montenegrin Nebojsa Vucinic and the Latvian Ineta Ziemle. This follows from the investigation carried out by the European Center for Law and Justice (ECLJ), also accredited before the ECHR, to which ABC has had access.

The geographical origin of the judges concerned draws attention: they all come from Baltic or Balkan countries that regained their freedom after the fall of the Berlin Wall, chosen as a priority farmland by the OSF to root their progressive ideas: that area takes the most of the 90 million dollars that the Osf allocates annually to Europe. According to the report, Soros has invested more than 131 million dollars in Albania since 1992, serving part of that money for the recruitment and subsequent training of elites. And as regards the selection of judges for the ECHR, the method proved its effectiveness, since in 2018 two of the three candidates to occupy the Strasbourg position had previously been managers of the local branch of the OSF, with Pavli being the designated one.

The Soros Foundation – another of the entities of the tycoon nebula – repeated the operation in Latvia, where he created and financed the Riga Higher School of Law, whose permanent collaborators included judges Ziemle and Mits. It also draws attention, although it is not and has not been a judge of the ECHR, of Nils Muiznieks, director of OSF programs in Latvia until 2012, the year in which I take possession of the strategic position of Commissioner for Human Rights of the Council of Europe, which He worked until 2018, distinguishing himself by his constant criticism of Hungarian Prime Minister Viktor Orban, favorite target of Soros campaigns in Europe. And in 2009, Muiznieks openly declared that one of the objectives of the OSF was to “create a homo sorosensus, that of open society, as opposed to homo sovieticus.”

The six squires
The ECLJ report does not limit its investigation to groups directly controlled by George Soros. He also scrutinizes – although his influence is remarkably minor – the activity of six other NGOs present at the Strasbourg Court: the British The Aire Center, the International Commission of Jurists, Human Rights Watch, Interights, the Helsinki Committees and Amnesty International. All cooperate closely with the network of Soros. In the case of the Helsinki and Amnesty International Committees, their leftist drift draws attention: during the Cold War, the Helsinki Committees stood out for their defense of dissidents imprisoned in Eastern European countries; Amnesty International held for almost six decades a defense of Human Rights not ideologically contaminated. Until in 2007, he recognized abortion as a right, a decision that meant the rupture of his collaboration with the Holy See.

The 90 million dollars that Soros has invested in the Baltic country between 1992 and 2014 have been, as can be seen, very productive. In relation to Bulgaria, the report does not provide monetary data, but it does demonstrate the close relationship between the last two Bulgarian judges of the ECHR and NGOs whose main patron is Soros through its multiple levers.

The report notes that Judges Turkovic – former administrator and OSF researcher in Croatia – and Sikuta – former member of the OSF Committee of Experts in Slovakia – intervened in a case where OSF acted as a third party; in two Laffranque – former member of the executive committee of Praxis, an entity financed by OSF, Ziemle – a professor at the Riga Law School – and Garlicki, who has taught in various academic programs of OSF and the “Central Europe University” , another of Soros’ pillars in Europe; in three Sajo – former employee of the OSJI headquarters – and Vucinic – collaborator of the OSF reports in 2005 and 2008; and in four Mijovic, very active in the OSF executive committee in Bosnia between 2001 and 2004. Nor is it surprising that Judge Grozev, former OSF Administrator in Bulgaria and former employee of the Osji in New York was elected ECHR judge shortly after having defended the Pussy Riots before that same court and without having completed the procedure. “He did not take part in the trial, but the Tedh condemned Russia to pay him 11,760 euros as a minute,” Grégor Puppinck, director of the ECLJ, tells ABC.

Interest shock
The interventions – although the final ruling is not favorable to the claims of Osf and satellite entities – of these judges show the existence of a clear conflict of interest scenario within the ECHR, whose regulation, in article 28, is he limits himself to recommending the inhibition of a judge, “in case his impartiality is at issue in the examination of a specific case.” The report only perceives thirteen inhibitions of judges in the more than three hundred cases in which the OSJ, the OSJI and other NGOs with which it shares ideological symbiosis have participated, either as plaintiffs or as third parties, between 2009 and 2019. They also occur. surprising situations: in the «DH case and others against the Czech Republic », dated 2007, the plaintiffs’ lawyer was the OSJI president himself, without this condition being included in the summary, despite the fact that the OSJI claimed it in his list of activities. Curious also that in the “Big Brother v. United Kingdom” case, which dealt with the sensitive issue of data protection, ten of the plaintiffs were NGOs funded by the OSF. Another example of the close relationship between Soros and the jurists operating in the international human rights courts – not only in the ECHR – is given by the publication, jointly by OSJI and the International Commission of Jurists (ICJ) was that of a guide dedicated to the rules and practices of the selection of judges and commissioners of human rights throughout the planet.

Returning to the ECHR, it should be remembered that among its powers, contemplated in the Preamble of the European Convention on Human Rights, is the protection and development of the rights and freedoms of the Convention. In the latter it is evident that the ECHR judges have enhanced this power, the main consequence being the increase in their political influence. Spain checked it when the ECHR knocked down the “Parot Doctrine”, a ruling that resulted in the immediate release of dozens of ETAs. Precisely, it was the ICJ that submitted to the ECHR, in March 2013, the opposite report to that doctrine and the first to applaud the ruling seven months later. His man in Spain is the former magistrate of the Supreme Court and former president of the Progressive Union of Prosecutors, José Antonio Martín Pallín.

The Strasbourg Court intervenes with increasing frequency in matters concerning the interests of homosexual groups or defenders of abortion and the rights of ethnic minorities, with their failures to be able to socially and politically destabilize, for example, through the mandatory modification of laws democratically approved by the respective parliaments. And this area of ​​individual rights is a favorite of the entities linked to Soros present in the ECHR. And its influence is not measured so much in the number of judicial victories as in the fact that the ECHR has adopted its progressive bias in the interpretation of Human Rights, which allows, the ECLJ report is eloquent in this regard, a synchronization of actions in the launching of campaigns to sensitize European public opinion and drag it towards their positions. Media to Soros is not lacking. And insufficient means to the ECHR either: its annual budget, 70 million euros, is less than 20 million to the amount that the tycoon spends every year in Europe.

The Spanish magistrate in the spotlight
The effects of the ideological colonization in which the organizations linked to Soros have played an important role are also felt in politics: in January 2018, the European socialists publicly called for the nullification of the appointment – one of the last important ones of the Government of Mariano Rajoy- from the San Sebastian lawyer María Elósegui as Spanish judge of the Tedh for his position against gay marriage. They failed in their attempt, but never before had a political group dared to make a request of such caliber. .