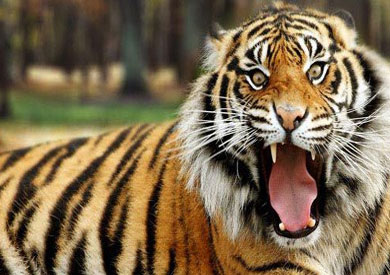 South Africa has revealed plans to clamp down on raising lions for hunting or for tourists to be able to pet their cubs.
The move comes after the results of a two-year study were published on the controversial practice of captive lion breeding.
The study concluded that this practice is dangerous in terms of efforts to protect lions from extinction, and harms this wild animal.
The South African government accepted the recommendations of the committee based on the study, in a move that could anger the fishing industry.

Environment Minister Barbara Chrissy said: “What the report says about captive lion breeding: We must stop and reverse the repercussions of lion domestication and captivity.”

She added, “We do not want captive breeding, hunting in captivity, petting captive (animals), and exploiting captive lions.”
But she said that permitting the orderly hunting of lions that originate in the wild would remain. The order provides a lucrative source of tourism revenue.
The committee conducting the study was tasked with reviewing policies and regulations relating to lions, leopards, elephants and rhinos.
There are believed to be over 8,000 lions in captivity in South Africa, compared to around 3,500 in the wild.
Supporters of captive breeding say this can help protect wildlife, but critics argue that it is cruel and exploitative.
The charity “World Association for the Protection of Animals” described South Africa’s decision as a “victory for wildlife”.

See Also:  Mélanie Thierry returns to her argument directly with Raphaël: "I had the impression of passing for a housewife" (video)