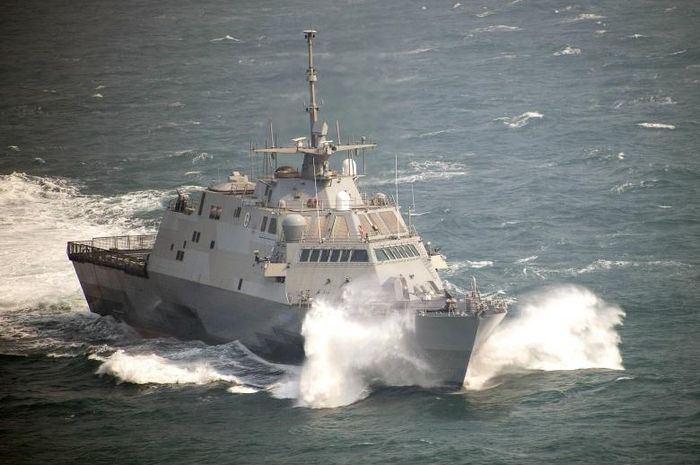 Sosok.ID – Amid the increasing concentration of the Indian government on handling the corona virus in the country, sad news has spread.

A few months ago, a dozen border guards in the Galwan valley were killed after fighting with Chinese forces.

It is even reported that one officer also died on the battlefield.

Also Read: Presumptuous! China Invites Indonesia to Carry Out Joint Development Even though Natuna Does Not Own China, Indonesia Becomes a Target for Missions in the South China Sea

Now after the clash with China in the Galwan valley area, India is touted for revenge.

The Indian Navy sends a combat fleet of warships to the front lines of the South China Sea.

The confrontation between the two countries began to make China feel intimidated by India.

Violent protests by Beijing have raised concerns over actions that are considered excessive during talks between the two sides.

Also Read: Seconds of the Chinese Navy and Air Force Uber US Warship in the China Sea Experts Call World War 3 Near!

“As soon as the Galwan clash erupted in which 20 of our soldiers were killed, the Indian Navy deployed one of its frontline warships to the South China Sea where the People’s Liberation Army Navy rejected the presence of another force that claims majority of the waters as part of its territory,” it said. ANI government sources as quoted from oneindia.com.

Reportedly, during diplomatic talks between India and China, the Chinese side complained about the warship’s presence in the disputed territory.

See Also:  Portuguese leading to eviction of family sentenced to eight years in prison in Morocco

The South China Sea holds an important place and they do not like the existence of another country’s warships in the disputed territory.

Reporting from The Global Times, talks on the incident of the killing of several teams on the border between the two countries are underway.

In the last two and a half months military and diplomatic talks are being held by the two.

But no significant progress has been made by both parties over the territorial dispute in East Ladakh.

Also Read: Beijing furious after its military drills disturbed, China gives stern warning to the US by launching ballistic missiles into the South China Sea

Despite killing about 20 Indian soldiers in the incident that occurred on June 15, the Chinese government admitted there were also casualties on its side.

However, the number was not stated.

Quoting from US NewsUS intelligence sources said China did not release the toll because they considered the casualties among their troops an insult to its armed forces. (*)