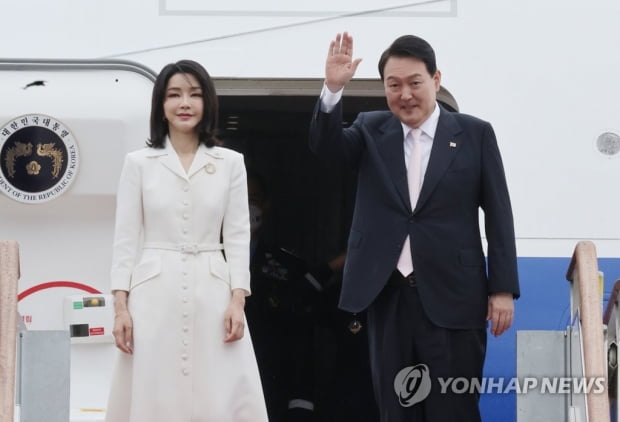 On the 28th (local time), the second day of his visit to Madrid, Spain, President Yoon Seok-yeol will hold a diplomatic schedule such as the Korea-Australia summit.

President Yoon arrived in Madrid the night before to attend the NATO summit to be held from the 29th to the 30th.

After taking a break after arriving, President Yoon begins his first official schedule with a summit meeting with Australian Prime Minister Anthony Norman Albanage this afternoon.

Australia is one of the first four countries in the Asia-Pacific region that NATO and Korea invited to the summit under the name of ‘Asia-Pacific Partner’.

The summit meeting with Finnish President Sauli Ninistö, originally scheduled for the first time, was canceled.

An official from the presidential office met with reporters at a press center in Madrid on the same day and explained the reason for the cancellation of the Korea-Finland summit, “(both sides) schedules did not fit in a lot of complicated ways.”

President Yoon will then meet with NATO Secretary-General Jens Stoltenberg.

In terms of ‘comprehensive security’, they plan to discuss cooperation in economic, human rights, and technological fields with NATO member states.

As NATO is one of the most representative military alliances in the West, it is noteworthy whether President Stoltenberg will discuss measures to contain China.

The summit will be held with the Netherlands, Poland, Denmark (29th) and the Czech Republic and the UK (30th).

A brief meeting will be held with the European Union (EU) Commission President and the leaders of Canada and Romania.

The Korea-U.S.-Japan summit will be held four years and nine months after the UN General Assembly in September 2017, during the early days of the Moon Jae-in administration.