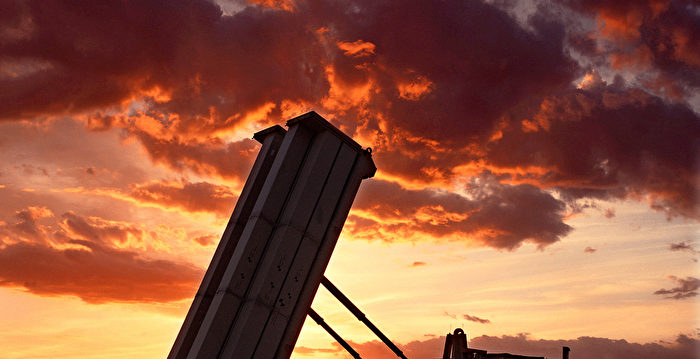 [The Epoch Times, August 2, 2022](Reported by Yi Fan and Wu Huanxin from the Epoch Times Special Department)South KoreaOn the issue of deploying the THAAD anti-missile system, the foreign ministries of China and South Korea have recently started arguing with each other.Now Yin Xiyue’s government has changedMoon Jae-inThe government’s former stance has changed to a tough stance. At the same time, South Korea’s trade surplus with China, which has lasted for nearly 30 years, has reversed.

According to Yonhap News Agency, the CCP demandedSouth KoreaIn maintaining THAAD’s “three nos” policy, a South Korean foreign ministry official said on July 28 that in the face of North Korea’s escalating nuclear and missile provocations, protecting the safety of people’s lives and property is a core issue closely related to national security and sovereignty. South Korea will formulate relevant policies based on this firm position and continue to communicate with the outside world.

A day earlier, Chinese Foreign Ministry spokesman Zhao Lijian said at a regular press conference that South Korea would be discredited if it deploys THAAD and asked South Korea to act prudently.

The “three nos” mean that the ROK will not deploy a new THAAD anti-missile system, join the US missile defense system, or seek a military alliance between the ROK, the US, and Japan.Moon Jae-inThe government made this statement in November 2017.

The origin of the THAAD incident

Between 2009 and 2014, North Korea conducted two nuclear weapons tests and three long-range missile tests. U.S. experts estimated in early 2015 that North Korea’s stockpile of nuclear warheads has reached 10 to 16, and the scale is still expanding. North Korea has also repeatedly threatened the United States and South Korea to take a “pre-emptive nuclear attack”.

South Korea lacks defense equipment to deal with large-scale ballistic missile attacks, so the United States proposes to deploy on the Korean peninsulaThaad system, believes that the system has the required deterrence against North Korea. But the CCP strongly opposes it. The CCP believes that THAAD’s radar detection range can monitor not only North Korea but also China, threatening the interests of the CCP.

The CCP’s opposition has left South Korea in a dilemma. At that time, nearly 30,000 US troops were stationed in South Korea. South Korea’s security mainly relied on the support of the United States, but on the other hand, China was South Korea’s main export market, and South Korea’s economy depended on China.

In January 2016, North Korea conducted its fourth nuclear test, which it claimed was a hydrogen bomb test.Amid growing security threats, then-South Korean presidentPark Geun-hyeA week later, research on the introduction ofThaad systemmatter. In July of the same year, the United States and South Korea officially announced the implementation of the deployment of THAAD. This completely annoyed the CCP.

The CCP immediately took a series of retaliatory measures against South Korea.

The first is for the cultural and entertainment industry. Since August 2016, the CCP has banned Korean artists from performing in China, refused to show Korean film and television works in China, and subsequently stopped broadcasting Korean variety shows on film websites.

The second is for retail. A boycott of Korean goods emerged in China, fueled by state media. South Korea’s Lotte Group bears the brunt of the situation. Its online Chinese stores were completely shut down, 90% of its brick-and-mortar stores were also forced to close, and its official website in China was paralyzed by hacker attacks.

The travel ban to South Korea began around March 2017, first in Beijing, and then extended to the whole of China. In addition, there are other retaliatory measures against business practices.

And the CCP is doing it in secret. South Korean media have learned that the CCP’s official communication is verbal, and no written evidence is left. The spokesperson of the Chinese Foreign Ministry also pretended to be confused, claiming that he had never heard of it.Korean Restriction Order”, and put the blame completely. Outsiders seem to think that it is a spontaneous boycott of the Chinese people.

However, what is the pride of the Korean nation? South Korea’s mainstream media “Dong-A Ilbo” published an editorial that year, saying that if it succumbs to the CCP’s revenge against THAAD, what’s the face of the country? Another mainstream media in South Korea, Chosun Ilbo, also said that only reducing dependence on China can stop the CCP’s brutality.

The so-called best friend’s political affairs refers to Park Geun-hye’s friend Choi Soon-sil who has repeatedly suggested revisions to Park’s speech. Park Geun-hye is single, and it is not a big deal to consult with her staff. However, the Koreans did not agree, and large-scale public demonstrations soon broke out in various parts of South Korea, demanding Park Geun-hye to step down.

In May 2017, South Korean President Moon Jae-in took over. After taking office, Moon Jae-in immediately announced the suspension of the deployment of THAAD, and then delayed the time to seek a balance between China and the United States. Another half a year later, South Korea made the above-mentioned “three nos” statement to the CCP, and the THAAD deployment plan was aborted.

During the reign of Moon Jae-in, South Korea has always implemented a pro-Communist policy. The resignation of Park Geun-hye has made the CCP the biggest beneficiary. Some people in South Korea believe that the exposure of the girlfriend’s political affairs and Park Geun-hye’s impeachment were all pushed by the CCP.

After five years, South Korea’s conservative leader Yoon Seok-wook was elected president in March this year, and South Korea’s attitude toward the CCP has begun to change. Yin Xiyue said long before taking office that if South Korea was to withdraw from THAAD, the CCP should first dismantle the long-range radar deployed on its own border.

In addition, South Korea’s trade surplus with China, which has been maintained for 28 years, has reversed since May this year, and there is a trend of continuous expansion. Statistics from the Korea Customs Service show that the deficit with China in May was US$1.099 billion; it was US$1.214 billion in June; it is expected that the deficit will also exceed US$2 billion in July. “The era of South Korean companies making money in the Chinese market will never come back,” said a report in South Korea’s Chosun Ilbo.

As early as November 2017, the then US President Trump proposed the “Indo-Pacific Strategy”, shifting the US’s global strategic focus to the Indo-Pacific region. The subsequent Biden administration also continued this strategic view. This strategy has long been echoed by the US-Japan-India-Australia Quadruple Alliance, but South Korea’s attitude has always been unclear.

Against this background, the South Korean foreign ministry has turned a tough stance on the CCP.

After the South Korean foreign ministry’s statement, the Chosun Ilbo published an editorial on July 29. The article said that the “Three Nos” controversy itself is a shame for the country. Whether South Korea participates in the U.S. missile defense system or establishes military alliances with other countries is a matter of our decision, not of China’s participation.