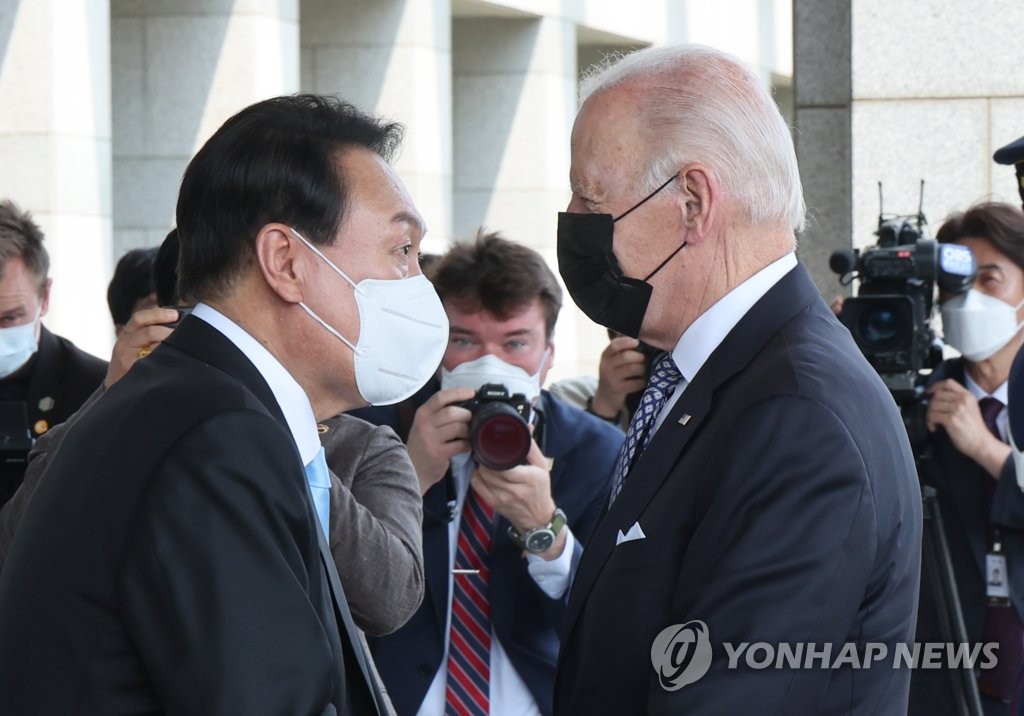 (Seoul = Yonhap News) Reporter Han Ji-hoon = President Yun Seok-yeol and US President Joe Biden will visit the Aerospace Operations Center (KAOC) at the US Air Force Base in Osan on the afternoon of the 22nd, the last day of their visit to Korea.

The two heads of state will encourage the soldiers who conduct joint ROK-U.S. operations here.

In addition, the two leaders, who confirmed the strong ROK-U.S. defense and practical extended deterrence principle in a joint statement the previous day, are expected to emphasize their readiness posture against North Korea’s nuclear and missile threats.

The KAOC, located in the underground bunker of the Osan Air Base in Pyeongtaek, serves as the South Korean military’s ‘strategic command’, directing and controlling aerospace operations in the theater on the Korean Peninsula.

During wartime, the commanders of the air forces of both countries immediately check all operational status and airspace information at the KAOC Combat Command Center in real time, and command and control air operations such as reconnaissance, defense, and attack.

Hyundai Motor Company announced on the previous day that it would build an electric vehicle production base, including a 6.3 trillion-won electric vehicle-only plant and a battery cell plant, in Georgia, USA, in line with President Biden’s visit to Korea.

President Biden departs for Tokyo, Japan, after completing his three-day, two-night visit to Korea this afternoon.

While staying in Japan until the 24th, he will attend the Quad Summit, a consultative group of four countries, the US, Japan, Australia and India, and hold a US-Japan summit with Prime Minister Fumio Kishida.

President Yoon is expected to attend the Indo-Pacific Economic Framework (IPEF) Initiation Declaration Summit held in Japan on the 24th via video and announce his intention to take a leading role in regional cooperation.

After receiving her as a refugee in their home, a Ukrainian woman “kidnaps” a British woman from his wife!

a first case recorded in Israel, one in Switzerland and another in Greece