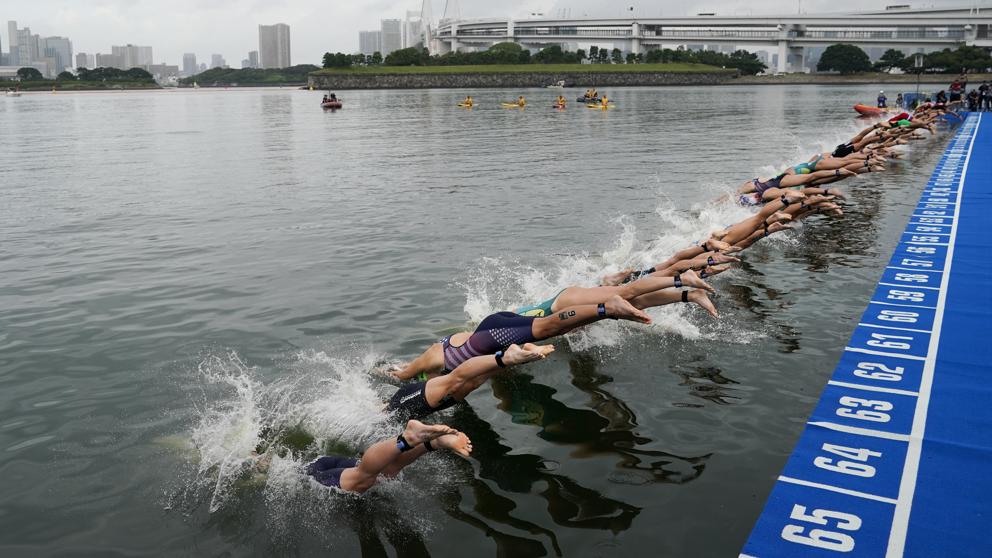 Always the same. Less than a year for Olympic Games, some debate opens.

The Athenians thought they would not be ready for 2004. The city was upside down. There were hurries to finish the works of the subway, to reform the stadium
Panatinaikós and for building the pavilion
OACA.

China It was more efficient. He raised hotels and stages at a blushing speed. However, he also had his troubles. On the eve of Beijing 2008 They told us that pollution levels were going to be unsustainable.

In Rio 2016 almost everything failed. The waters of the lagoon Rodrigo Freitas They were contaminated. And the levels of insecurity were disproportionate. Some of that was checked later, already launched the Games. There were robberies and montoneras. There are images of journalists attacked in some favela. The coach driver had confused the route. By mistake, he had gotten into Comanche territory . They shot the coach. Crystals jumped. They injured two chroniclers.

On the horizon now appears Tokyo 2020 And we already have it. The test of marathon and March
athletic they will go a thousand kilometers beyond, to Sapporo: in July, heat and humidity rates are going to be unbearable in Tokyo. The International Olympic Committee (IOC) and World athletics they consider that they have had enough with the experience of Doha World Cups. They shudder when they think of those nights at La Corniche, the seafront of the Qatari capital.

The IOC also discusses the possibility of evacuating open water swimming tests: it is concerned about the high temperature of the waters in the Odaiba Marine Park and the plague of E. coli , the same as in 2016 tormented the Cariocas.

And now, the South Korean Olympic Committee (KSOC) has opened another path. He does so thinking about the Fukushima nuclear disaster in 2011. Seoul distrusts radiation levels and the quality of food in the city. He says he will take radioactivity detectors and packaged food in Korea: red pepper paste, an essential ingredient in Korean nutrition, and other canned products. The detectors will analyze the rate of contamination in meat and vegetables, those foods that can only be purchased in Japan,
according to the quarantine rules.

“In these Games we are going to concentrate on food. We are going to take care of preventing our athletes from suffering any kind of complication due to radiation, ”says Shing Dong-keun, a member of the KSOC.

The KSOC intends to rent restaurants. He will close them for his baseball and softball players, disciplines that will be played in Fukushima. "These restaurants can only offer radioactivity-free products," says Seoul.

In 2011, an earthquake of magnitude 9.0 degenerated into a tsunami that swept through Dai-Ichi, the Fukushima nuclear power plant. Large amounts of contaminated water were released in the Pacific. Food and air were also contaminated. Fukushima is located 220 kilometers from Tokyo.

Greenpeace has found radioactivity points in the J-Village, the Olympic village of Fukushima. From there the Olympic torch starts.

He has ridden in anger. He has offered data to show that the whole country is safe from Fukushima radiation. It has been promoting activities for years to show that the regions affected by the nuclear disaster are already clean of dust and straw. On the G-20 last month, in Nagoya, the organizers offered Fukushima mineral water to the foreign ministers.

"Us" returns in pictures on June 14, 2019 with a plurality of points of view signed by 32 photographers...
Read more

The number of hospitalized patients continues to decrease in Belgium

Subscribe to receive the most important news...
Read more

The hatchet is unearthed between Ngolo Kanté and Nouari...
Read more
Sport

Champions: The confession of Gasperini, Atalanta coach: “The night before the match in Valencia I had Covid-19” | Champions League 2019

In the wrong place at the wrong timeSlavko Vincic...
Read more

The number of hospitalized patients continues to decrease in Belgium