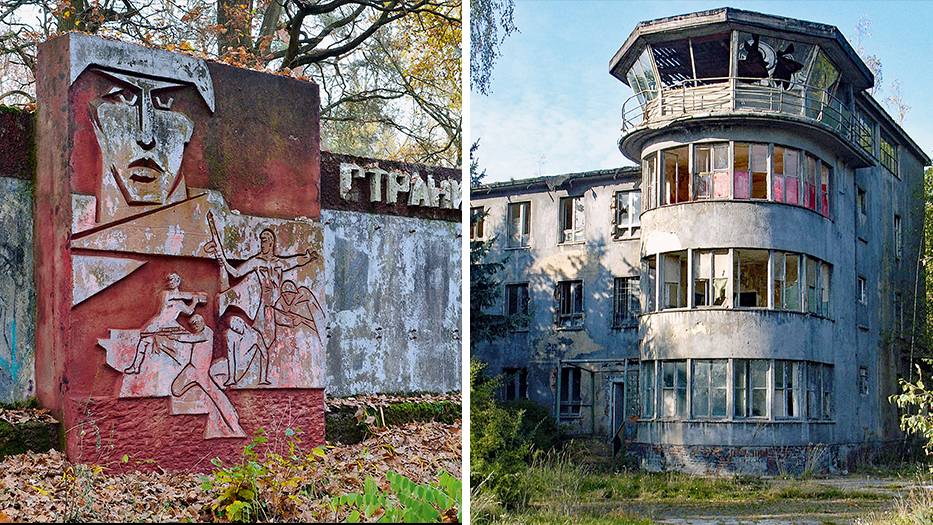 They left a long time ago, but they left their mark because there was hardly an orderly handover: the 340,000 members of the “Western Group of Troops”, as the former “Group of the Soviet Armed Forces in Germany” (GSSD) called itself from 1989.

The soldiers took their military equipment with them from the more than 600 locations in the area of ​​the former GDR until they were completely withdrawn in 1994. But what remained were the barracks, airfields, monuments and military training areas, some of which had a long history. Because the military objects had been used by the Germans before and during World War II.

Given the abundance of properties, there were initially hardly any considerations for a new use. The systems were largely left to their own devices and left to decay: they became “lost places”.

These enchanted places have a very special appeal to photographers. The Jaron publishing house in Berlin has documented for years with its book series “Geisterstätten” in front of all lost places in the eastern German states. So far, volumes have been published on the federal states of Mecklenburg-Western Pomerania, Saxony, Saxony-Anhalt, Thuringia and the cities of Berlin, Leipzig and Dresden.

Now the book is for the anniversary “25 years withdrawal of the western group of the troops” “Ghost Sites of the Soviets –
Forgotten Places in East Germany “ published. The authors and photographers went in search of traces and roamed the military grounds of the former occupiers.

On the following pages of the photo gallery above we present some of these “lost places”.

See Also:  Australia will keep its borders closed during 2021 despite vaccines